Jazz in the Barn Concert Mixed with Lawo

In addition to Appleyard, the Jazz in the Barn concert included pianist Joe Sealy, trumpeter Guido Basso, bassist Dave Young, drummer Terry Clarke, and saxophonist Jane Bunnett. The performers—all recipients of the Order of Canada, a national honor for merit recognizing scholarly, artistic, or other achievement—delivered world-class performances and it would have been a shame not to record the event. Rest assured, not only was the concert recorded—it was captured using state-of-the-art technology, including the mc²56 MKII mixing console from Rastatt, Germany-based Lawo.

Well known recording and mix engineer Michael Nunan served as the chief engineer for the concert. He was aided by Doug Smith, Lawo North America’s engineering manager, and Anthony Montano, who also served as the producer for the concert. The mc²56 MKII digital mixing console used for the event was configured with 32 faders total, including 16 main faders and 16 center-section faders plus DSP. The console was used for mixing both FOH (Front of House) and for the recording. Nunan discussed his experience mixing on the mc²56 MKII and how its various attributes helped the team capture a recording that will be cherished by many Canadian jazz enthusiasts while also providing the ideal mix to the audience.

“Given the intimate acoustic nature of the performance and the relatively small size of the venue, the PA system was used quite sparingly,” Nunan explained. “Aside from vocals, only small amounts of the solo wind and brass instruments (sax, flute, trumpet, flugelhorn, and vibes) were needed in the PA. Happily, this also meant that the sound reinforcement system was not a huge factor in terms of overly exciting the room. As a result, the recording was able to authentically capture the wonderful ambiance of the space—all of which was recorded using a combination of Avid Pro Tools and Magix Sequoia recording systems. In addition to the live and record mixes, we also used the mc²56 MKII to drive a single loudspeaker to provide the pianist and vocalist with a monitor mix of the wind, brass, and bass signals.” 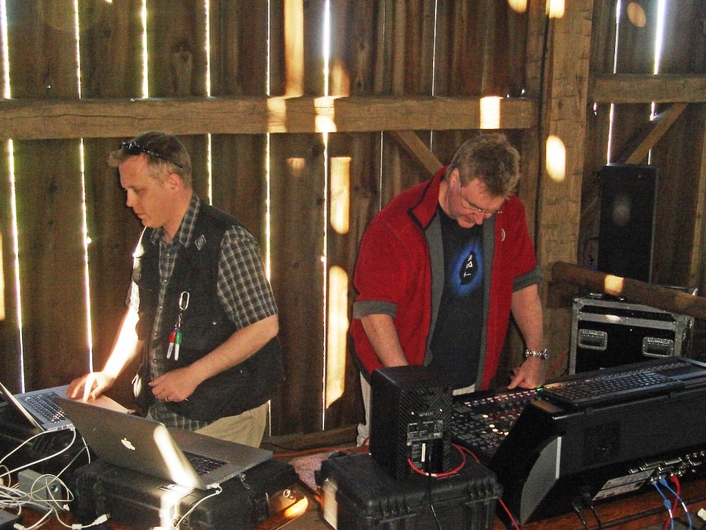 “For this performance,” he continued, “we had a total of 32 inputs at the board. This included 22 digital microphone inputs, 8 analog microphone inputs, and 2 line inputs. The extraordinary flexibility of the mc²66 MKII console, combined with the connectivity provided by the Lawo core and the DALLIS interface frame made this project a pleasure to mix. A large number of AES inputs from the stage is fairly unusual, and this is something that competing systems don’t always handle all that well. Combine this console’s versatility with being able to easily connect to two different multitrack systems via MADI, and we had a tremendously powerful system at our disposal.” 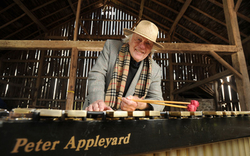 The process of setting up a mix is one that requires constant adjustment. With the Lawo mc²56 MKII, the team was able to continue refining the mix between the rehearsal and the actual performance, as Nunan described. “We were able to easily configure the mixer to behave like a traditional ’in-line’ console so that, between rehearsal and the show, we could simply re-map all of the console inputs to originate from the multitrack rather than from the stage inputs. By working in this manner, we were able to refine our FOH/PA mix as well as the live desk mix that we would be generating during the show. The mc²56 MKII makes this sort of task so much easier.”

With the Jazz in the Barn concert completed, Nunan reflected on the project and the manner in which the Lawo mc²56 MKII helped create a concert recording that, once released, will be cherished by jazz enthusiasts everywhere. “I think there’s one word that really sums up my experience with the mc²56 MKII console: spectacular! Lawo’s DALLIS mic inputs were a fantastic compliment to the collection of studio-grade microphones we deployed for this recording, and they matched exceedingly well with the digital microphones that formed the backbone of this recording. The prospect of doing a live recording—and desk mix—along with providing the FOH mix and monitoring support from a single console would have been a really daunting task if not for the extraordinary capabilities of Lawo’s mc²66 MKII console.

Lawo, headquartered in Rastatt/Germany, specialises in developing, designing and manufacturing mixing consoles and matrix systems for radio and TV broadcasters, as well as for use in live events. Recently, Lawo offers also professional video equipment for the broadcast sector. Standards of high quality and innovative technology are supported by more than 40 years of experience in the field of professional broadcast technology.