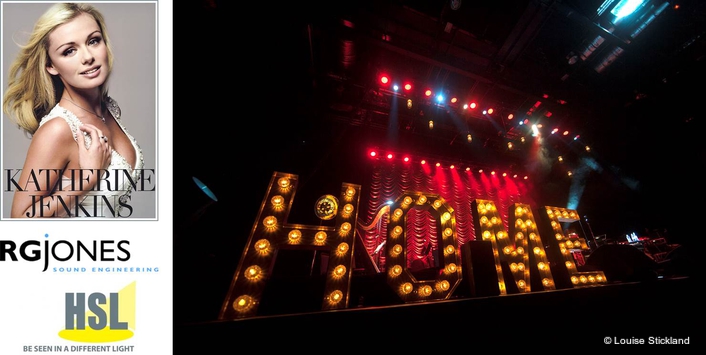 A stylish and elegant lighting rig to match Jenkins’ dynamic performance was designed by Tim Routledge and directed on the road by his associate, Tom Young. HSL was also renewing its long term working relationships with the tour’s Production Manager, Neil MacDonald.

Tim’s overall creative objective was to create a classy look that could be varied and coloured to suit the myriad of moods embraced by Jenkins in her set, in which she was backed by the National Symphony Orchestra (NSO) and also introduced some special guests.

No haze used whilst Jenkins is onstage is a major challenge for lighting, so any beamy looks are out, and Tim is always very conscious that Jenkins and her potent voice remain absolutely the centre of attention, so he created a strongly textural aesthetic, with a stunning ruched silver lame Austrian drape hanging upstage which took the light beautifully. 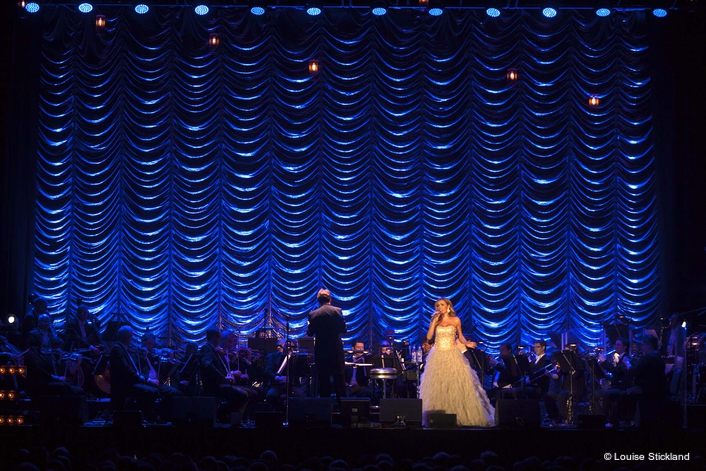 Adding some flourishes of glamour, he visually enhanced the space with three large, idiosyncratic and funky-looking ‘practical’ lights which he also designed and sourced from Ancient Lights. HSL additionally supplied some of their ‘Squirrel Cage’ Pendant lamps, and the main prop was a set of large illuminated letters downstage left spelling H-O-M-E, with integral fairground style cabochon lamps. 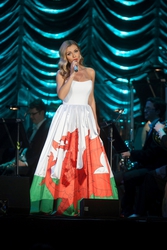 The Austrian drape was illuminated by a row of 14 x Robe LEDWash 600s positioned along its base so their beams grazed up the ruches, making a shimmering 3D effect.

Overhead were three trusses – back, mid and advanced / front. The two onstage ones were made up of Low-Pro trussing sections, which made rigging extremely quick and also occupied minimal space in the truck – as all the lighting had to fit into half a truck! The front truss was out of standard Supertruss elements.

The Austrian drape was attached to an outrigged pipe off the back truss and bordered each side by two black wool serge legs retaining the theatrical impression. Most venues on the tour were theatres and concert halls, so the lighting was designed specifically and practically for this environment.

Lights on the back and mid trusses included another 12 x LEDWash 600s on each truss, and those 24 x LEDWashes back and down-lit the orchestra throughout the show – that was their only job and they did it perfectly.

On the mid truss were six Martin MAC Viper moving lights, primarily used to produce break-up effects on the stage and over the orchestra and also on this truss were two Robe ColorWash 750T (Tungsten) fixtures for lighting NSO conductor Anthony Inglis. The six Cage Pendants were hung at different lengths off this truss to add some more visual quirkiness. 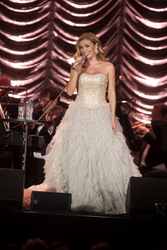 On the front truss MAC 700s provided the general stage wash and front light plus a couple of specials.

In addition to the LEDWash 600s lighting the Austrian drape, four more Vipers were positioned in the floor, two at the downstage corners and the other two on boxes in the upstage corners, and these were used for throwing patterns and colour onto the various venue ceilings.

Lighting was programed onto a grandMA2 console by Tim and Tom and toured on two MA Command Wings, (live and backup) making an extremely neat and tidy FOH footprint, which was ideal for some of the smaller theatres!

Tom was joined on tour by Ben Holdsworth as the technician making a top team, and very proud of the fact that they honed their truck pack down to 15 minutes of frenetic but well organised activity at the end of each get out!

Andy Gray was the Stage Manager, sound was supplied by RG Jones and mixed by Steve Carr with Matt Sussex on monitors.

Tom comments that the support from HSL has been “Brilliant”, adding quickly that they didn’t actually needed much support once the tour was out as everything was well prepped, the gear was in excellent condition and it all ran very smoothly, “But when we have needed anything … the response has been immediate!” 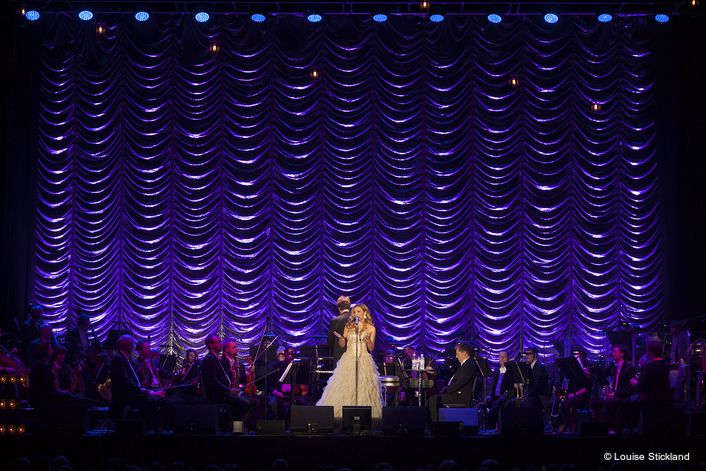 The tour ended tumultuously in Cardiff on the same night that Wales slammed Ireland in the Six Nations rugby international … and the whole city loudly partied the night away!