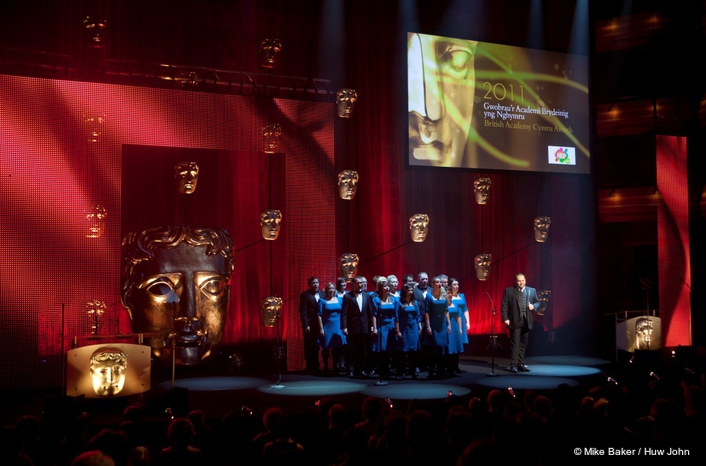 For the Welsh BAFTAs event, the grandMA2 light was supplied by MA Lighting UK
A grandMA2 light was specified by lighting programmer and operator David Horner to control moving lights and media for the 20th annual British Academy Cymru Awards (Welsh BAFTAs) held at the Millennium Centre in Cardiff, Wales UK. The event was hosted by Sian Williams and Jason Mohammed and celebrated the best of the nation's television, film and interactive industry in 26 programme, craft and performance categories.

The lighting and visuals package for the Awards show was co-ordinated by gaffer Gafin Riley who is based in Wales, assisted by Bernie Davis, one of the UK’s best known television lighting designers. The lighting designer was Andrew Cottey, and programmer David Horner was asked onboard to plot and operate the moving lights and Hippo Critter media server feeding content to an upstage LED wall. 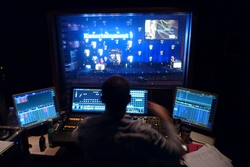 grandMA has been Horner’s choice of control platform for the last six years. He likes the brand so much that at the beginning of this year, invested in a grandMA2 light for himself, to ensure that he always has his control desk of choice on his various projects which include TV, corporate and cruise ship shows.

However, for the Welsh BAFTAs event, the grandMA2 light was supplied by MA Lighting UK, and Emma Ralphs, the main lighting programmer from Cardiff’s St David’s Hall venue which has also recently invested in a new grandMA2 light console, worked with Horner on the event. The moving lights were all Martin Professional supplied with the rest of the lighting equipment by ELP.

It was the first time that Horner had run a Hippo Critter rather than the full size Hippotizer – with custom made media supplied by his company Visual Connection Ltd – from the grandMA2 light, all of which went seamlessly. “The layout screen of the grandMA2 offers all your video layers right there at your fingertips which is excellent,” he comments. 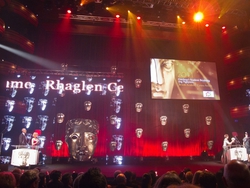 The Hippo Critter was feeding ambient and effects style video – including custom content created for the occasion – to a 30mm pitch ‘goal post’ shaped screen onstage supplied by PRG, which was also used as an entrance and exit for Award winners.

There are many other features Horner likes about the grandMA2, most notably the automated faders, which are excellent for a television environment, he explains, where the operator can work from a page of ‘inhibitors’ and pull lights up and down extremely quickly for on-the-spot adjustment for cameras. The same feature also works well when used to control video media and LED sources. He also likes the new user-definable X-Keys on the grandMA2, which can be loaded with macros or sequences.

The ability to completely personalize the user-interface is a big advantage, along with the multi touch screens, which he thinks have “great potential for future development”. Other good plus points on grandMA2 are the larger screens and the fact that the layout on the grandMA2 light and grandMA2 full-size versions is identical, so transferring shows or working between the two types of console is extremely easy.

He first used grandMA2 whilst dealing with the 2011 series of Czech Superstar, after which he made the decision to purchase his own console, saying, “It’s proved solid and reliable, I’m very happy with it and it’s a great piece of kit”.