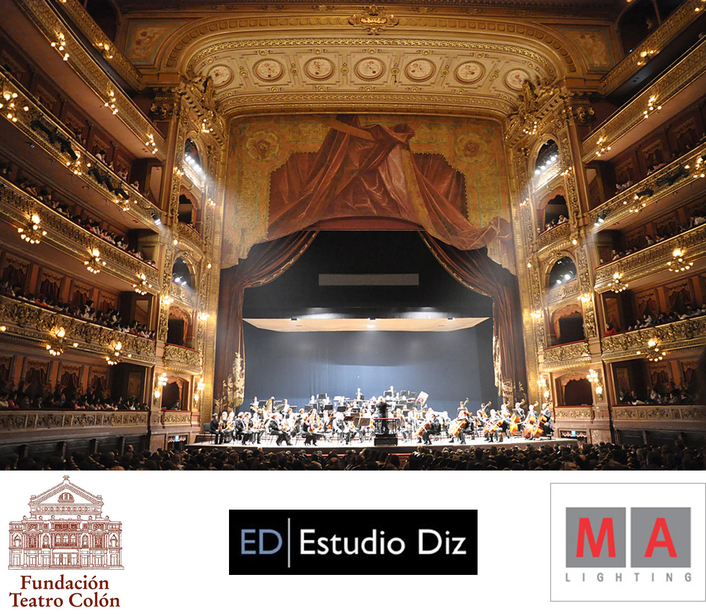 Teatro Colón is renowned for the building's magnitude, its magnificent acoustics and shimmering opulence.
Teatro Colón, the main opera house in Buenos Aires, Argentina, and considered one of the best five opera houses in the world, was recently refurbished with a grandMA2 full-size console and a grandMA2 replay unit. The venue opened on the 25th of May 1908, with Verdi's Aida, and celebrated its 100th anniversary in 2008, still closed due to the complete re-fit.

The city government’s original ‘master plan’ in 2006 involved structural restoration, but Mayor Mauricio Macri decided on a total facelift across the board costing US$ 100 million – the most expensive heritage restoration in Argentina’s history – in order to improve both the building’s structure and to bring it up to date technologically.

Ernesto Diz, internationally renowned consultant in lighting and stage machinery was in charge of the lighting system’s bid specification. Diz, founder of Estudio Diz, was a Professor of Lighting Design at the Buenos Aires University, and is the lighting and stage designer of several buildings in Argentina and around the world, including Teatro Argentino de la Plata, Teatro Municipal de Bahia Blanca, Centro de Convenciones de Mendoza and now the 'new' Teatro Colon, etc. 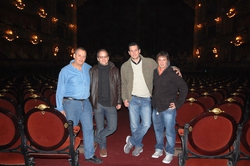 Diz decided on the grandMA2 system - a grandMA2 full size console and a grandMA2 replay unit - working in full tracking back up over an Ethernet network. These were installed by Maximiliano Moreno, technical manager of Stage Tech, the Argentinean MA Lighting distributor, and have replaced the old control system. The system fully complies with the theatre specification, allowing the technical crew to generate any show.

Jorge Perez, lighting manager of the theatre and the lighting crew are delighted with the grandMA2's performance. Perez said: “The main reasons of our decision for a grandMA2 system were, that it is the most accepted worldwide control platform, with a large quantity of grandMA systems installed and running smoothly in Argentina during the last 11 years. Furthermore the grandMA2 is able to control video and digital lights and offers the perfect back up options. Additionally each programmer at the theatre can have their own layout allowing fast programming. And at least, the high level of the technical support offered by MA Lighting Latin America and MA´s local distributor, Stage Tech SRL, with whom the theatre has more than 20 years of relationship are the icing on the cake.”

The original total area of the old Teatro Colón covered 37,884 square metres. Later extensions, especially in the late 1960s, brought this up to 58,000 square metres, and it now has a total capacity of 2.478 seats.

The stage is 35 metres wide by 35 metres deep, and 48 metres high. It has a 20 metre electrically operated revolve that can turn in both directions for quick scene changes. The orchestra pit can accommodate 120 musicians.

Agra reported: “Our company celebrates 25 years in the theatre business and 16 years of professional partnership with MA Lighting. We know how to live and work in theatre buildings, but most importantly, we love what we do. The Teatro Colón is for many opera lovers the most important opera-house in the world. The fame of this theatre is based on the reputation of its unique acoustic.”

Says Agra: “So for us, our intervention in the refurbishment was really more than another business. It was a labour of love and the culmination of years of hard work in our market.It had taken many hours of busy schedules, plus meetings with Lighting Designers, Specifiers, Producers and the Construction Team to show them what MA can do for them.I want to thank the involvement of all our team, and specially our Chief Technician Maximiliano Moreno and his technical crew that worked efficiently during the installation and setup.”