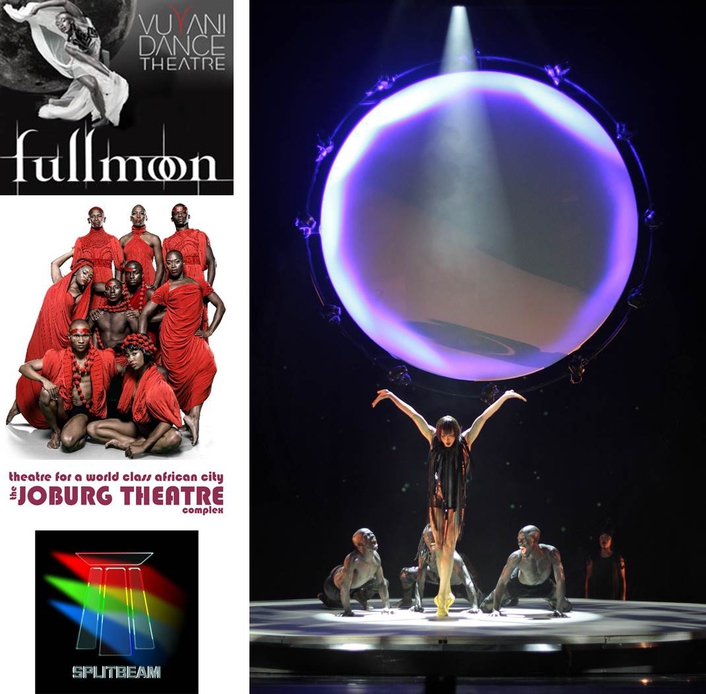 .
One of Vuyani Dance Company’s 2014 dance experiences took the form of an “out-of-this-world” dance piece called Full Moon at the Mandela stage at the Joburg Theatre, Johannesburg. Inspired by the mysteries of the universe, this dreamlike piece claims to take audiences “on an epic journey into the celestial realm and back to earth, riding the mysterious carpet of the time-space continuum in a magical flight of the imagination.”

Of course the visual possibilities for a show like this show proved irresistible for UK-based Lighting and Set Designer, Declan Randall, who returned to South Africa specifically to work on the project. He used the diverse services of local theatre equipment rental supplier Gearhouse Splitbeam to help bring the concept to life.

“I have had a long and wonderfully collaborative relationship with VDC since the company began 15 years back, but since moving to the UK, I had not had the opportunity to work with Gregory Maqoma (founder and executive Director) much, so I took a chance and sent him an email. As it happened, my timing was spot-on; he needed assistance with Full Moon and we have been talking and planning and designing since December last year,” explains Declan.

With lunar cycles as the kick off point for the design; the circle motif featured strongly across the overall design language for the show. The notion of incorporating a fairly complex, flown pendulum set piece, with which the dancers could interact, came early and remained unchanged. “The pendulum suggests movement and change, but also consistency – like the lunar cycle and seasons,” he says. “Although it was only used for one section, the pendulum’s impact on the piece was profound - it introduced a unique visual element that also imbued the scene with a sense of impending danger.” A 4m wide circular pendulum base also offered the opportunity to edge light for the different moon phases as well as a surface for additional lighting and audio visual effects. 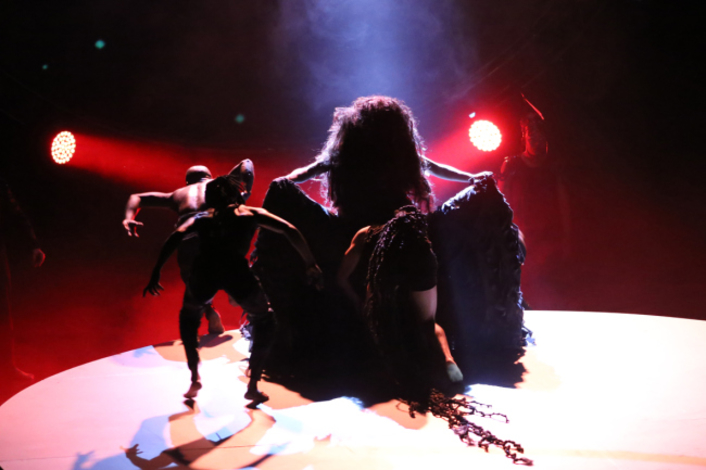 Design in place, Declan started working remotely through skype and email with South African suppliers to realise his concept. The schedule allowed for a single day to get the show into the venue before first stage rehearsal, so time was at a premium and he needed suppliers he could trust.

He approached South African supplier, Gearhouse Splitbeam for rental of Lighting and Projection elements and at the same time requested their assistance with the production logistics of the pendulum set piece as well. “Splitbeam has an excellent international reputation and I have known them for years, so really the choice was simple. They are always my first "go-to" when I need gear, staging services or advice. In this case, I knew what I wanted, but was unsure how to make it work in the best and safest way. When I explained what I wanted to do to Alistair (Kilbee, MD), there was a moment’s silence, followed by ‘okay, let's see what we can do’. It's the positive "can do" attitude of these guys that I really enjoy - it took a load off me to know that the job was in good hands.”

The flown piece had to be able to move very smoothly and elegantly, be strong enough to be used interactively by the dancers and be adaptable enough to suit other theatre spaces as well.  Splitbeam’s Alistair Kilbee took on the challenge, devising a design solution, sourcing local suppliers for the custom made elements and overseeing the manufacture and final testing of the components for the piece. 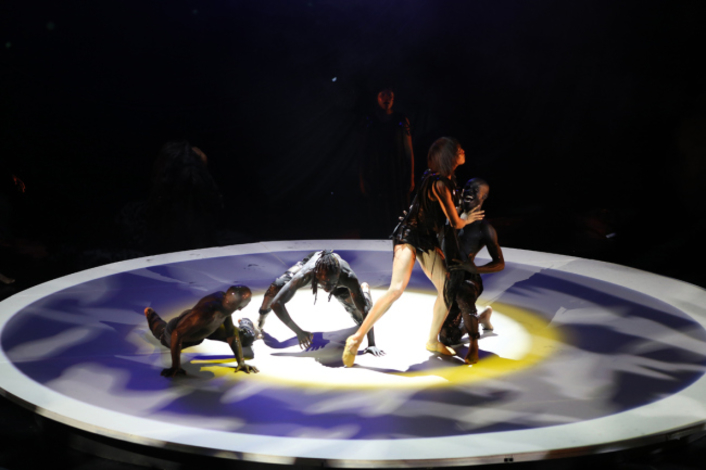 Involving Duncan Riley, of DWR Distribution for his trussing expertise, Alistair designed a bespoke metal fulcrum system which provided the pendulum with the required range of movement as well as easy integration with the Prolyte HD trussing envisaged for the shaft. A key element in the design for the show was making provision for re-staging scenarios. Declan wanted to use elements that could be easily replicated on the road, making use of existing technologies and structures that would be easy to source abroad. The pendulum was designed around 300mm square trussing ensuring that the drop of the pendulum could very easily be adapted to suit various stage tower heights. A custom made base attached to the shaft comprised a 4m wide outer ring (doubling as a circular lighting truss) with a seamless inner projection surface for AV content. Splitbeam Operations Manager, Helen Surgeson acted as the liaison point for Declan, commissioned the custom made elements and coordinated the set-up logistics.

The handover plan worked well and week before the move in Gearhouse Splitbeam was even able to bring in some of the elements for the performers to familiarise themselves with, ahead of first onstage rehearsals.

“I have to confess that I was totally blown away by how well the pendulum moved - it swung beautifully and elegantly. I had no idea it would look that good! It’s strange, but it almost felt as if the pendulum commanded respect!” says Declan.

Splitbeam also provided Audio elements for Full Moon, proving that their recent service expansion is making their offering an increasingly beneficial one for the theatre market. 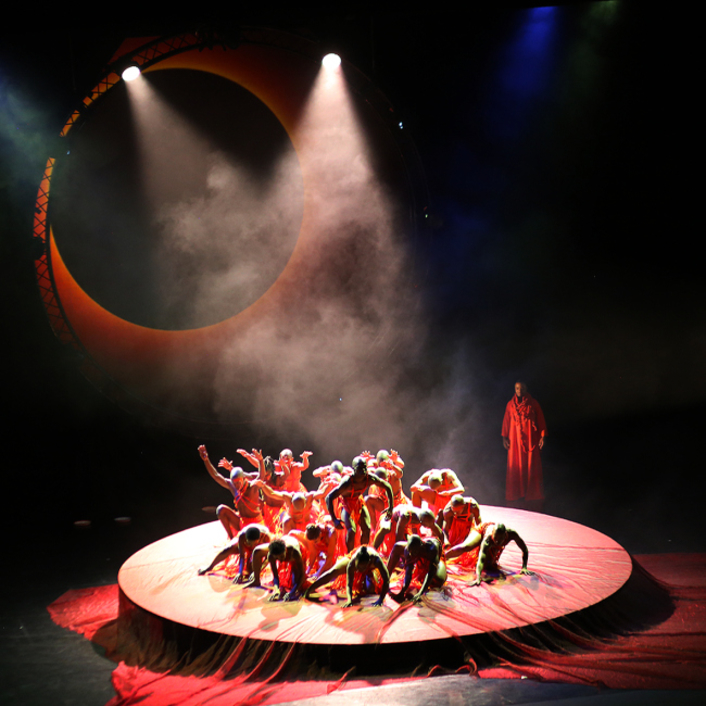