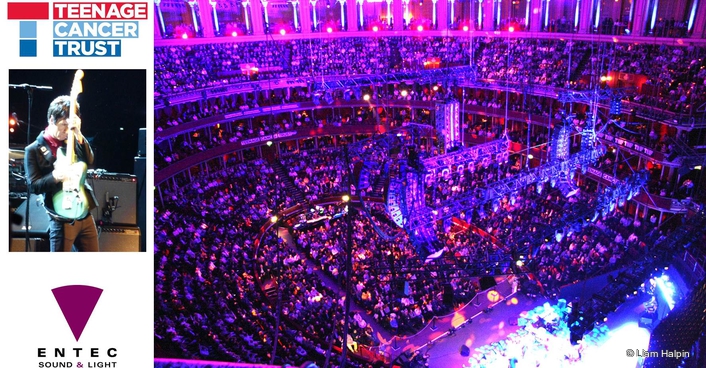 .
This year, the Teenage Cancer Trust (TCT) celebrated 15 years of their show stopping live performance week at London’s Royal Albert Hall with another high profile line up and some ultra-cool collaborations. Artists included The Stereophonics, The Who, Paul Weller, Noel Gallagher’s High Flying Birds and many more, plus a night of comic hilarity hosted by Kevin Bridges.

West London based rental specialist Entec Sound & Light has been involved as the audio supplier for the event right from the start, and over the years has fine-tuned the sound system to perfection for this prestigious venue.

This year they upped the ante again on the sonic front, as the first company in the UK to utilize a Beta version of d&b Audiotechnik’s new Array Processing software which was officially launched last week at the Prolight+Sound expo in Frankfurt.

Entec’s Systems Designer and Technology Support expert Liam Halpin explained how using Array Processing enabled them to optimise the low-mid and produce a more even response throughout the entire listener soundfield. Unifying its tonality throughout the venue made this frequency range far more effective, giving the audience an ultimate sonic experience.

“With more control we needed to pump less low-mid energy into the room,” says Liam, adding that it is also the first time that Array Processing has been used anywhere worldwide by an independent rental company for which Entec received technical support from d&b Germany and UK.

The rig for the TCT event comprised the standard 14-deep d&b J8 speakers with left-and-right side hangs of eight V8s.

The C4 ‘outshooters’ which normally fill the void at the end of the choir stalls were replaced with four of the new d&b Y8 cabinets a side, improving coverage in the most upstage balconies and areas around the gallery. 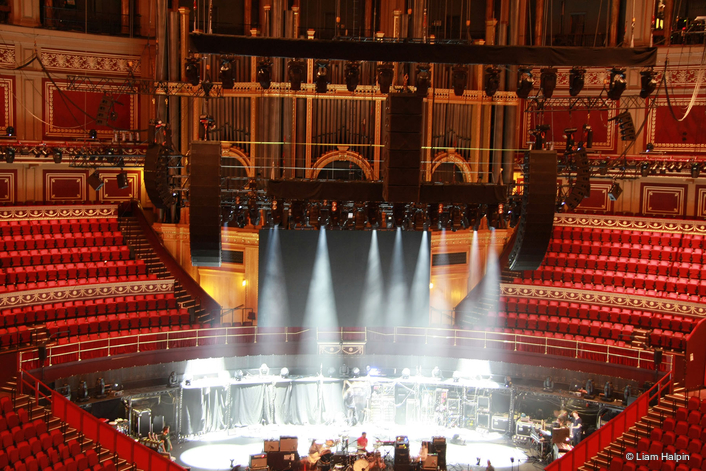 The choir stalls (each side) were covered by two Q7s and a Q10 for fill, and the rest of the front and near-field fill was achieved using other Y series speakers.

A flown centre cluster of J-SUBs has been a standard in recent years, augmented with more low end by four B2 bass elements under the stage.

Everything in the air was driven by the new D80 amps – the Array Processing software is a new inbuilt feature of these products, together with the popular proprietary D12s powering all the floor based speakers, giving a total of 25 x D80s and 8 x D12s driving the system. 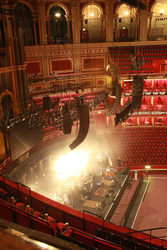 Also for the first time, Entec distributed signal via its new Dante network, with EQ and matrixing taken care of by six Lake LM44s at FOH, the amps fed AES via Focusright RedNet D16 units, and RedNet 1s provided analogue ‘general purpose’ signal to each location as well.

Entec’s system featured 24 network switchers positioned around the venue, with fibre primary connections and Cat 5 for the local feeds.

The shout system was also upgraded this year. Entec has invested in a myMiX personal mixer system which integrates local inputs and outputs into the network, allowing greater degrees of individual control than a centrally mixed shout system. This was aligned with 16 channels of hard-wired comms providing full venue-wide show communications.

The ‘house’ FOH consoles this year were a Midas PRO1 for the comperes and a choice of a DiGiCo SD7 or Midas H3000 to suit the artists / visiting engineer specs. Some productions also brought in their complete touring control systems.

Onstage a Midas PRO2c was spec’d for its small, neat footprint and the convenience of being able to fit in around some substantial incoming guest set-ups.

In conjunction with FX Rentals, Entec supplied a record system based around a 96-channel D-Show Venue console which was running MADI to two ProTools set ups (Live and hot-backup). This year they chose the MADI system in line with some of the incoming artists.

Liam and the Entec team worked closely with FX rentals’ Matt Phillips to ensure all recording requirements were covered for archival and future use.

The event’s production team and organisers were all delighted with the ‘new’ sound as were the artists and they also received many compliments from the public. 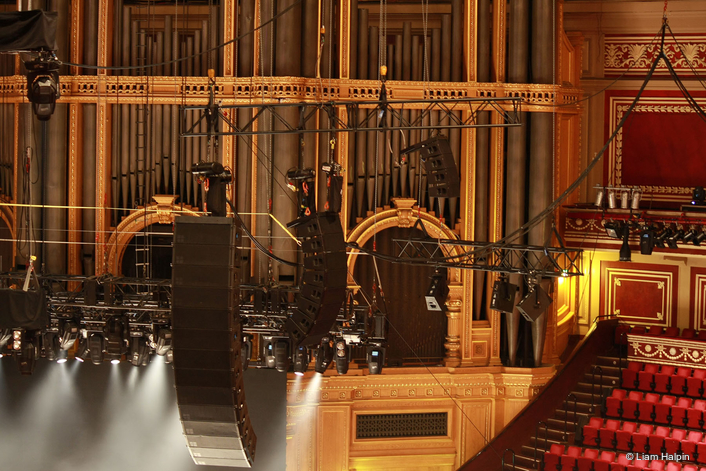 The project was overseen for Entec by legendary sound engineer Dick Hayes, who retired from a full-time role after 46 years of active service and adventure in the industry last summer. Dick worked on all 15 TCT shows since it’s conception, and is very proud to have guided the company through some ground-breaking and special performances at the RAH during that time. He assures Entec’s reporting team that this really was his final project before hanging up his mic stand after an incredible career.