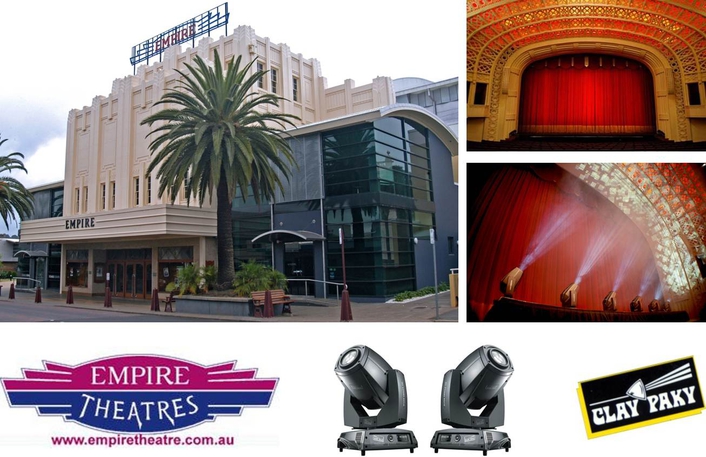 The speed of the heads was very impressive for the size of the unit
Located in Toowoomba, Queensland, the Empire Theatre is the largest regional theatre in Australia and is both a fine example of art deco architecture and a vibrant home to the region’s performing arts. With main stage seating for over 1500 and smaller venues available for more intimate performances, the Empire Theatre is a state-of-the-art facility for concerts, dance and theatre.

The venue’s technical staff decided it was time to replace their aging Martin MAC 500 fixtures with a newer model – something that could provide more output in a small size and within a certain price bracket.

“We looked at the Robe equivalent and also the MAC 700, which were both impressive, but we opted for six of the Clay Paky Alpha Profile 700 predominantly because of the framing shutters provided,” remarked Tim Panitz, Acting Technical Manager and Head of Lighting at the Empire Theatre. “No other fixture in that range can offer a framing shutter - you’d have to jump up to a MAC 2000 size of fixture.

The Clay Paky Alpha Profile 700 is also a new fitting in the 700W class, the other models have been around a while. At an electronic level they have some nice features – put Ethernet in and they spit out DMX. Obviously being from Clay Paky they have very good optics and the units have a very impressive zoom range.” 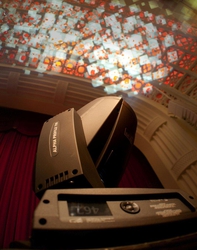 When making the purchasing decision Tim had not paid much attention to the speed of the Alpha Profile 700 head and so when he first used them he was absolutely delighted with what he saw.

The speed of the heads was very impressive for the size of the unit,” he noted. “The Alpha Profile 700 is quick, smooth and accurate – the three qualities you really need.”