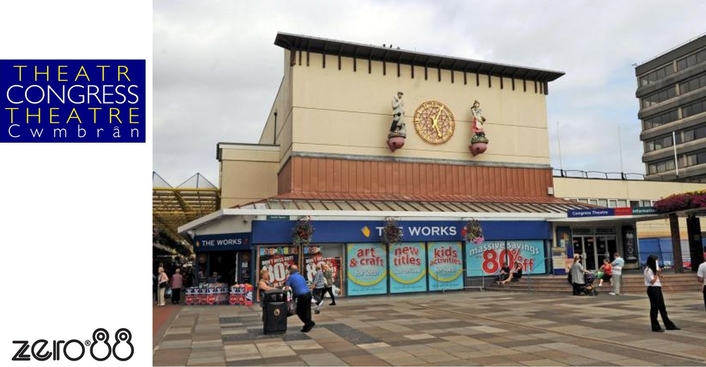 It’s been a tough time for all performance venues and especially for community theatres like The Congress in Cwmbran which cancelled all its shows in March as Covid-19 took hold, mid-way through one of its busiest seasons! However, through successive lockdowns, the venue has been reimagined as The Congress Virtual Studio, a fully equipped streaming facility encouraging local artists and businesses to record and broadcast music shows and engage in events, generating interest and at least some income during this period.

Cwmbran is also the home of Zero 88’s manufacturing facility. There are close ties between the popular lighting control brand and the 300-seat venue, which has Zero 88 Chilli dimmers installed, and furthermore, Zero 88’s international sales manager Tyler Holpin is actively involved as a volunteer on the technical side.

The Congress Theatre opened in 1972 and became a charity run venue in 1992 after being faced with closure. Martyn Redwood then assumed its management 16 years ago has seen many challenges over that time, but it’s always managed to keep going, so he and the team are determined that this will be the case again! 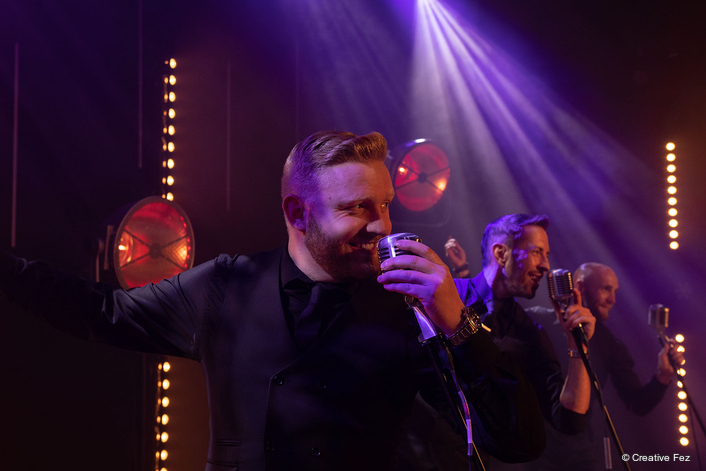 Jon Salman and Green Room Events based nearby in Abertillery are also regular technical suppliers to the theatre, and he, Tyler, Martyn, and a few others came up with the idea of transforming the space into a studio.

Green Room Events are providing video including 6 x cameras – two operated and four PTZ cameras – plus a PPU, LED screen, media servers and additional audio equipment together with lighting control which happens to be a Zero 88 FLX console they purchased last year!

Hooked in to the FLX are the Congress’s 16 x in-house LED wash and spot moving lights and 72 channels of dimmed light sources, plus specials like active Sunstrips and Vintage Blaze fixtures which are used as cool effective scenic props for some of the shows and streams.

This was the first Zero 88 console the company has owned, and Jon is delighted! “It’s user-friendly with all the features we need.” At the Studio, the FLX is running on a wireless network allowing the lights to be focussed via App on smartphone or tablet which is very handy.

Like all other rental and production companies, Green Room Events’ saw their busy orderbook slashed to an empty one as shows started cancelling in March, so the studio is also helping another local company generate some cashflow until live shows can re-start.

Tyler has been operating lighting for many of the streamed events along with Nathan Long who also normally works at the Borough Theatre in Abergavenny. 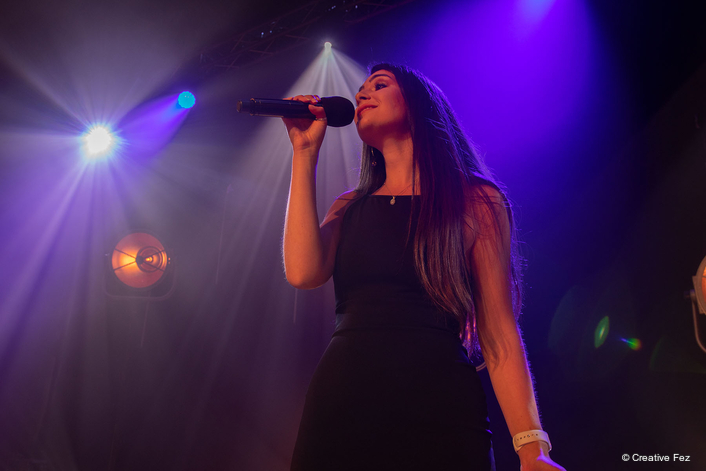 From the start, the Congress Virtual Studio concept was designed to be fully Covid-compliant and offer cost-effective, high-quality production values to streaming and broadcast clients, ensuring that everything output looks polished and professional, and the equipment specs were compiled with this in mind.

Once the studio gained momentum, a steady flow of bands and artists started booking time and local companies started looking at the facilities for broadcasting or recording promotional and team building events or training sessions.

The Theatre’s green room area has been commandeered and repurposed as the Studio control room, just adjacent to the main auditorium and the broadcasts are handled and delivered utilizing a Wirecast system running via a 1Gb fibre-link.

The closure has been different from a standard shut down or dark period, as there are still no clear guidelines or indeed any solid indication of when live performances might be able to re-start and the Congress able to reopen to the public. 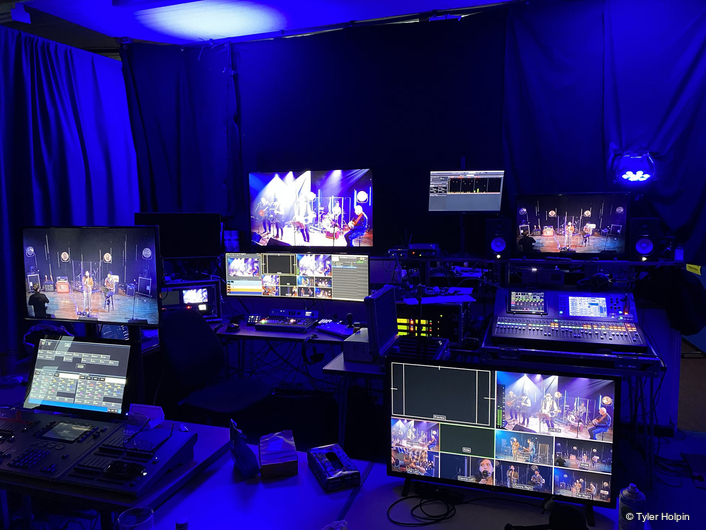 “Thanks to the ingenious freelance technicians and staff who out their energy and enthusiasm in making this such a community hub, this virtual studio has been a life-saver,” states Martyn. “Apart from enabling us to have a small income, we’ve still been able to engage with people and offer local groups, individuals and performers the chance to reach virtual – and sometimes new – audiences whilst staying safe and within government guidelines.”

The Congress Virtual studio initiative is expected to last until they can fully re-open to a real audience, hopefully sometime in early 2021.