Clay Paky Waves the Flag for the Queen’s Jubilee 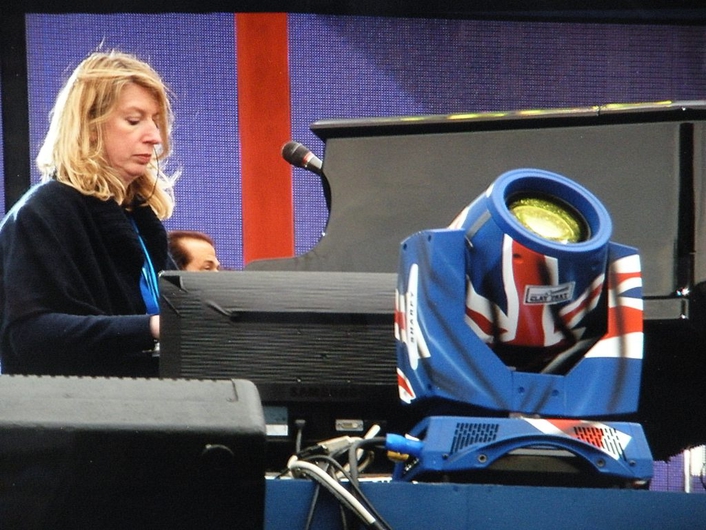 The patriotic Sharpys, dressed up in custom made Union Jack jackets, were a welcome sight amongst the pageantry of the day as they delivered a dazzling display of laser-like lighting at the evening celebrations that marked the 60th anniversary of Queen’s reign.

Broadcast worldwide, and locally to a series of video screens rigged along the full length of the Mall and surrounding Royal parks, Marenghi had his work cut out. Not only did he have to provide exciting lighting for some of the world’s biggest pop stars but he also had to deliver something that would prove equally gripping for the live and TV audience at home. By carefully combining energetic panoramic looks with tightly focused on stage scenes Marenghi managed to strike exactly the right balance for both the wide angle and close up shots the TV cameras required. 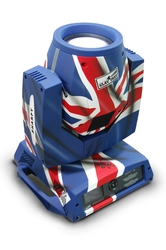 With a rig packed to the gunnels with Clay Paky beams, washes, Sharpys along with the new QWO 800 spots Marenghi discusses his approach: “My role was to ensure that the various types of music and video output were perfectly complemented by a dynamic and crowd rousing lighting design. It was a long day for the crowd. We had to take them on a journey. Lighting had to be varied and enhance the musical content, sometimes lively and busy, sometimes quiet and calming.”

Marenghi utilised 32 Alpha Beam 700s and 4 Alpha Beam 1500s as FOH key lights with a further 60 Alpha Beam 1500s in a circle of light around the stage. Sixty Sharpys (‘60’ being the magic number here) ringed the Queen Victoria Memorial in front of Buckingham Palace. The stage was lit with 32 Alpha Wash 700 and 42 Alpha Spot QWO 800, chosen, says Marenghi, “for their compact size and fantastic optical depth of field.” The columns of the Palace were lit with Alpha Wash 1500s and Madness on the roof had a further 4 QWO 800s.

Much comment has since been made about the Cool Britannia Union Jack Sharpys, which were donated to the concert by Clay Paky, with the company stating that it ‘wanted to give our own contribution to this historical event in a country which is giving so much to our brand.’

Each customised Sharpy had to undergo a special heat test to ensure they would continue to amaze despite the addition of the new coverings. “We also had the challenge of working in both daylight and at night,” explains Marenghi. “It took 14 days of programming with my associate LD Tim Routledge and programmers Alex Passmore and Dave Hill. We worked in all weathers so it was crucial that not only were the lighting fixtures capable of packing a punch and delivering a multitude of effects and colours but that they were also robust enough to cope with anything the changeable weather could throw at them. Every day we had a debate about whether to uncover the exposed lights, which was most of them.”

Marenghi’s original design had called for 60 weatherproof searchlights around the stage however the budget could not encompass them. “The Alpha Beam 1500s performed extremely well in their stead in weather that at one point was like being in the deep end of a swimming pool,” he laughs.

“The choice of equipment for my designs is always determined by what comes out of the front of a fixture rather than what is written on the side,” says Marenghi. “Over the last five years, as Clay Paky has established the Alpha range and innovated with industry changing products such as the beams and Sharpys, many of the world’s leading lighting designers, programmers and technicians have come to see Clay Paky products in a new light.”

Pio Nahum, chief commercial officer for Clay Paky is delighted: “It is great to see the Clay Paky luminaires doing such an exemplary job on such a prestigious project. The Sharpys seem to feature in the forefront of many of the official photographs of the event. We were proud and delighted to see Durham really push the creative capability of the fixtures to the extreme. It was wonderful to see the full scope of these creative tools used on such a memorable and important day in UK history.”