.
The producer and director Futais Mohammed Bugnah directed a new show in the Ta'if Tent Theatre for the Souq Okaze Cultural Festival, in the presence of his Highness Prince Mishaal bin Majid Al Saud, Governor of Jeddah.

Futais Mohammed Bugnah presents the story of the poet and warrior Amroo bin Kulsoom, well known in his time more than 3000 years ago, long before Islam. The story tells of authoritarian conduct against the poet’s mother and his revenge on the King. 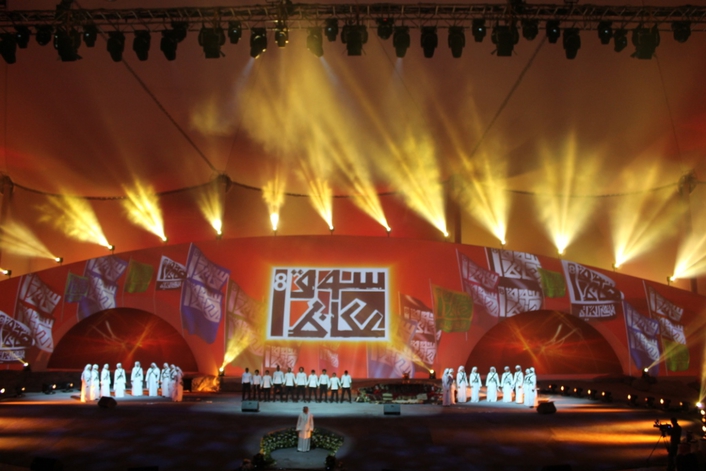 The Italian lighting designer Emiliano Morgia, as he himself tells us, was again involved in designing the lighting for the Riyadh-based Saudi production company Rhythm Media Production. Together with Giochi di Luce Dubai , they set up a fifty-plus-yard-wide stage and a video control room to project original spectacular twelve-yard-high scenic settings. "Getting Giochi di Luce Dubai involved in this video production was a winning idea. The company works across the whole Arabian Peninsula with a large number of Clay Paky lights, such as Mythoses, B-Eye, Sharpys and the whole Alpha 700, 1500, Beam, Wash and Profile ranges." 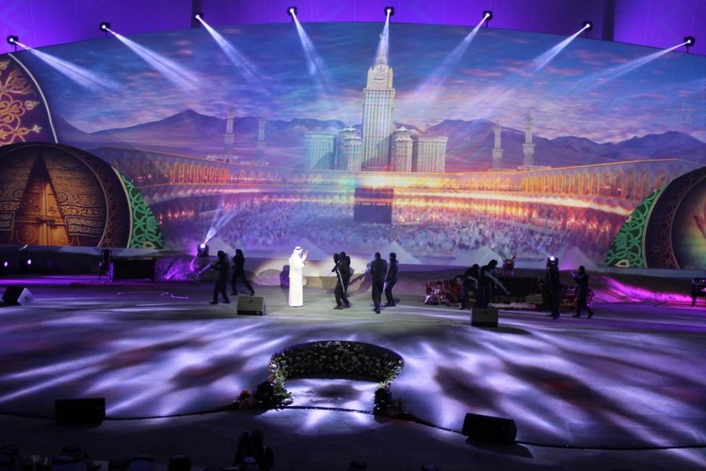 "It is always a pleasure to work with my friend Futais!" Morgia has already worked several times in the Ta'if Tent Theatre and knows the constraints that have to be taken into account when designing the lighting. Owing to the limited space, you need to install high performance lightweight lights far from the stage or deploy them on supplementary structures to illuminate the scene properly. We chose to include 24 Clay Paky Alpha 1500 Profiles in the lighting design for their power, brightness, precision and exclusive framing system, capable of generating countless shapes in several dimensions. They were fitted along a linear fifty-plus-yard truss to illuminate the stage and actors. 24 Alpha Spot HPE 700s proved crucial to create vibrant atmospheres and gobo nuances on the set. 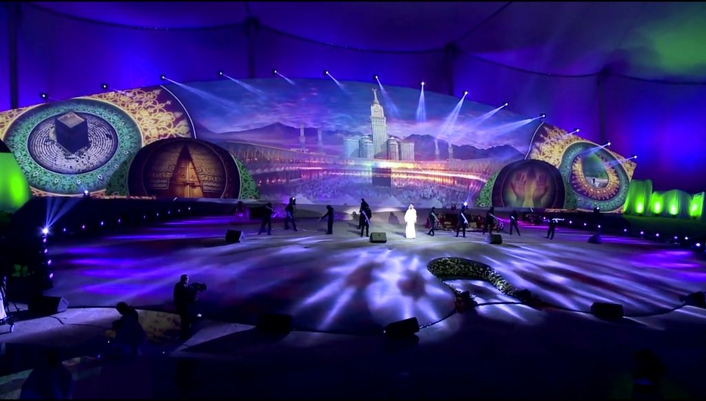 A battery of 24 compact, easy to handle Sharpys, with their characteristic optical unit, provided all the backlighting needed. The show was pre-programmed by the lighting designer using WYSIWYG thanks to Wysisuite. 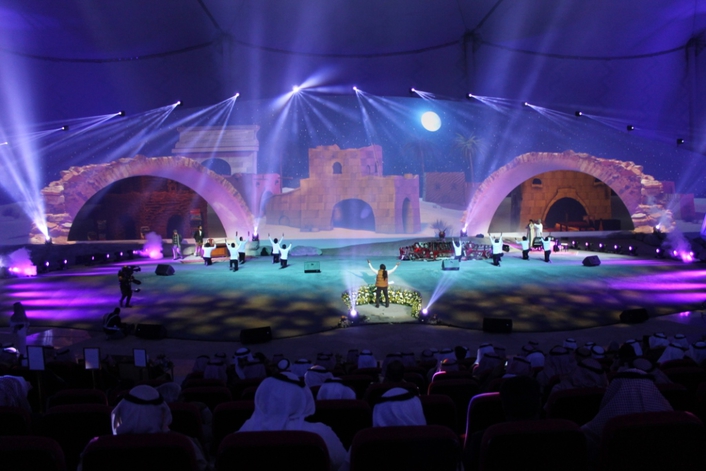 "I am fully satisfied with the work we did with the lights and even the set design is based on an idea of mine, subsequently developed by the set designer. This happened thanks to the trust the Director Futais has in my ideas as Production Designer. Here in Riyadh, I deal with looking for and implementing alternative technological solutions. For instance, I needed to project images onto unconventional more charming shapes, such as arches, which I did in the end with my thoughts turned to the mastery of the late Mark Fisher."