On 17 July, the Festival staged la Tosca, conducted by Stefano Romani, directed by Renato Bonajuto
Spectacular environments, exclusive productions and international artists: these are the elements that make the Tones on the Stones Festival an unparallelled project, unlike any other in the world. The Festival's goal and challenge is to enhance the aesthetic and historic values of the Palissandro Marmi quarry (Gruppo Tosco Marmi) in Crevoladossola (Verbano-Cusio-Ossola). The setting that the impressive "gash in the mountain" provides for the show is huge and striking: it transforms the quarries into a fascinating, unique, enormous stage.

Since 2007, the Tones on the Stones Festival has played host to performances which combine music, theatre and dance with the geometry and solidness of the quarry. For the last two years, the festival has been able to count on an exceptional partner: Clay Paky. This Bergamo-based company specializes in the manufacture of equipment for professional stage lighting, which comes into its own in the quarries of Val D’Ossola. 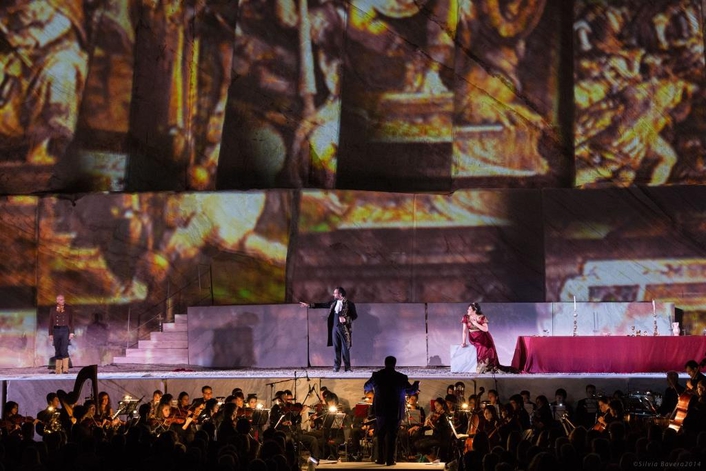 Clay Paky provided a wide range of lights this year: Alpha Wash 1500s, Alpha Profile 1500s, A. leda B-Eye K20s, Sharpys, GlowUp Strips and GlowUps. The Festival lighting designer Nevio Cavina was therefore able to take advantage of all the effects he needed to create well-lit  sets. He told us: "it is indeed a privilege to have a natural stage of this type: the quarries offer incredible opportunities for lighting, and having the most advanced technology on the market in terms of lights allowed me to enhance them in the best possible way."

Nevio Cavina explained how the lights were used in detail: "The Sharpys were placed on the ground - some of them close to the rock face - to cut through the skies of Val D'Ossola with their powerful concentrated light beams. I used the Profile 1500s as side and front beam shapers on the stage in order not to disturb the video projections, when present, and for geometric effects on the rock faces to highlight their shapes. I used the new A.leda B-EYEs as soft accent lighting to floodlight the quarry, and as scenic elements with their effects. They are extremely versatile and creative LED moving heads, which I am sure will be a great success."

STS Communication has provided a 35,000 ANSI lumen Christie projector for a 60x33 meters maxi-projection. For the evening's "Tosca", two Christie 35K projectors overlapped have even worked! The video contribution and achievement of Tosca, including all the projection mapping, was provided by Areaoden.

Nevio Cavina also makes a special mention of the Clay Paky GlowUps and Glow Up Strips, the innovative battery-operated IP65-rated colour changers. "The GlowUps illuminated a series of photographs, but most importantly I placed them on the floor of the podium pointing upwards to illuminate the arms of the conductor so that the singers and musicians could see them. I used the GlowUp Strips to light some 'selected' quarry slabs, since they were found close to the guest seating. Since both the GlowUps and GlowUp Strips are battery-operated, I did not have to lay any cables, and - most importantly - I was able to illuminate otherwise inaccessible areas. The usefulness and flexibility of this kind of light in this type of setting is crucial because it saves a lot of time and, at the same time, it means I can use high quality lights."

This combination of nature and technology, together with the high level of the shows, has been the real trump card of the last two festivals, as is evident from the increasing audience participation and growth in international media interest.

On 17 July, the Festival staged la Tosca, conducted by Stefano Romani, directed by Renato Bonajuto, and with Maddalena Calderoni as Gloria Tosca. Calderoni herself was the art director of the entire Festival. 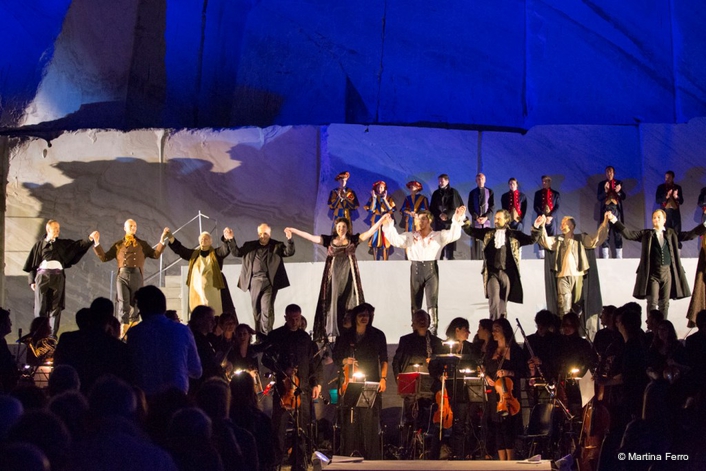 On 18 and 19 July, it was the turn of NEXTONES, a new event this year, which hosted electronic music and multimedia rigs with international artists.

The final evening was to be devoted to "American Sweets", remakes of American film music themes by a jazz ensemble with distinguished guests of international fame. Unfortunately, however, it did not take place owing to a violent downpour.

Nevio Cavina praised Clay Paky's lights for the great reliability they showed: "They turned out to be absolutely accurate and reliable despite the difficult working conditions with dust, high humidity and a large temperature difference between day and night."

Ziogiorgio.it, the well-known sound, video and lighting network, was media partner for Tones on the Stones. Its staff followed the festival with exhaustive communication activities before, during and after the event. The Ziogiorgio.it lighting editor and lighting designer Walter Lutzu was present at the quarries to follow the four days of shows from close up. The event was also sponsored and promoted by many local and regional authorities, as well as foundations, press organs and private companies. 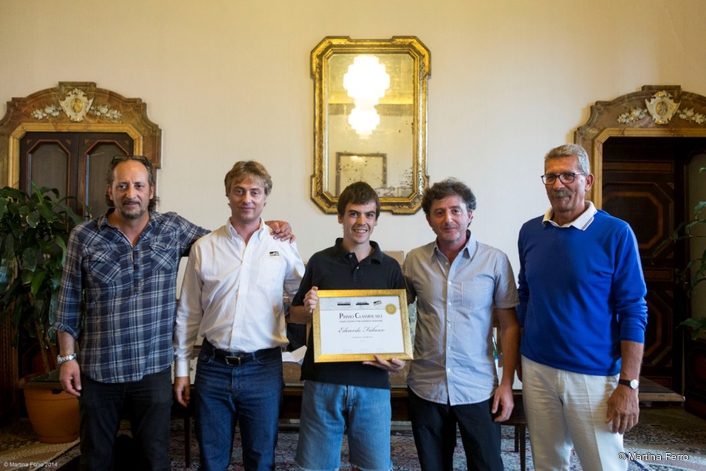 Lighting designers Giancarlo Toscani and Nevio Cavina, together with Clay Paky's Sales Engineer Giulia Sabeva, followed the young contestants step by step as they put on their light shows, and were truly surprised by the competitors’ commitment and the results they achieved. Giancarlo Toscani said: "When the organizers contacted me to follow this contest, I never dreamed I would find people with so much skill and determination. We spent three days together. The programming was done at night after the show, and we were often programming till dawn. The result was high quality light shows, and above all we became one big 'family': It was a wonderful experience from the human point of view."

The jury consisted of the chairman Giancarlo Toscani, Nevio Cavina, the all-round lighting expert Fulvio Michelazzi, Maddalena Calderoni and Clay Paky Marketing Manager Davide Barbetta. The winner, Edoardo Falasco, received a Clay Paky "certificate" in the hall where the prize giving ceremony was held, along with other prizes from the chairman of the Unione Industriale del Verbano Cusio Ossola (Verbano-Cusio-Ossola Association of Industrialists) Roberto Colombo.