With more than 90 congregations throughout South Africa, and more than 15 globally, including London, Amsterdam and Perth, CRC was established in 1994 by senior pastors, At Boshoff and his wife Nyretta Boshoff, in Bloemfontein. CRC uses technology to link multiple venues during live services, with video playing a crucial role in the church’s ability to connect with a bigger world and reach beyond its borders. 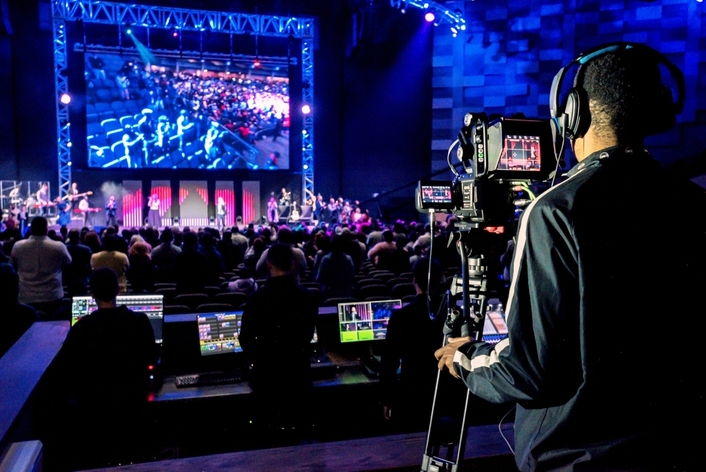 The new auditorium in Johannesburg, which holds upwards of 5,500 people, required a dual purpose solution. “The system not only needed to be able to broadcast a live stream but also handle our in-house audiovisual needs,” begins Francois Griesel, the chief broadcast engineer for CRC.

Adding: “Whatever we implemented had to be cutting edge technology, mirroring our mandate to cater to the modern person.” 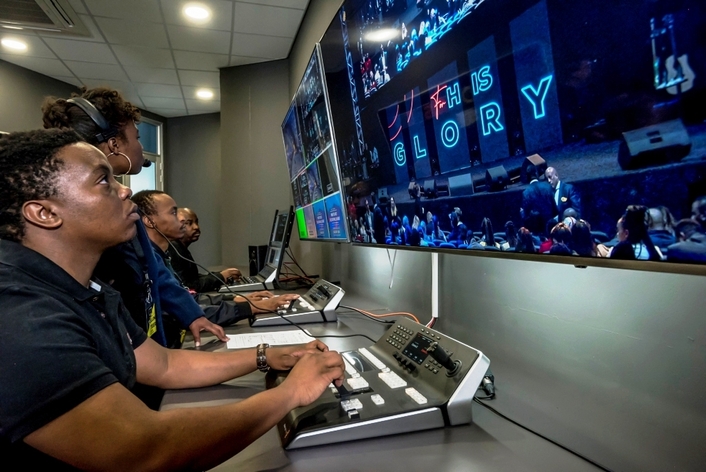 The complex relies on a workflow featuring three Blackmagic URSA Broadcast for acquisition and an ATEM 4 M/E Broadcast Studio 4K switcher for vision mixing. “We initially rented the equipment to test it on a live event in Pretoria,” reveals Francois. “The production capabilities and quality exceeded all of our expectations, and when you factor in the price point, it cemented our belief that Blackmagic Design was the path to follow and invest in.” 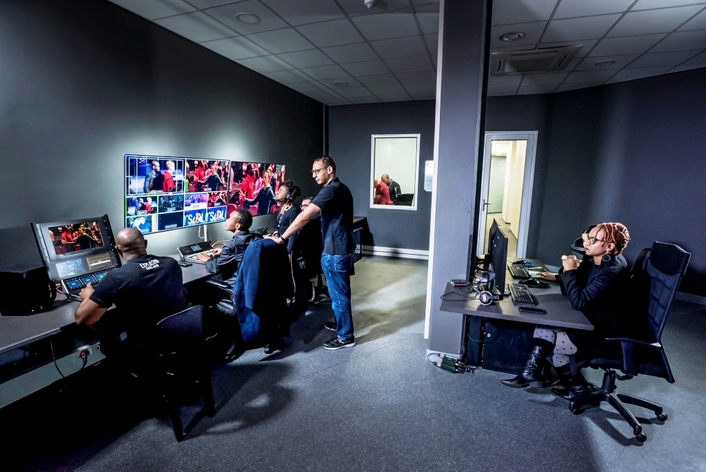 The production team comprises of two full time staff, and around 12-14 volunteers. “The system, therefore, needed to be highly capable but easy enough for less experienced operators to get to grips with,” says Francois. “We rely on two ATEM 1 M/E hardware panels to create separate program mixes; one for the internal AV including IMAG projection and a second for streaming the services to other CRC campuses.” 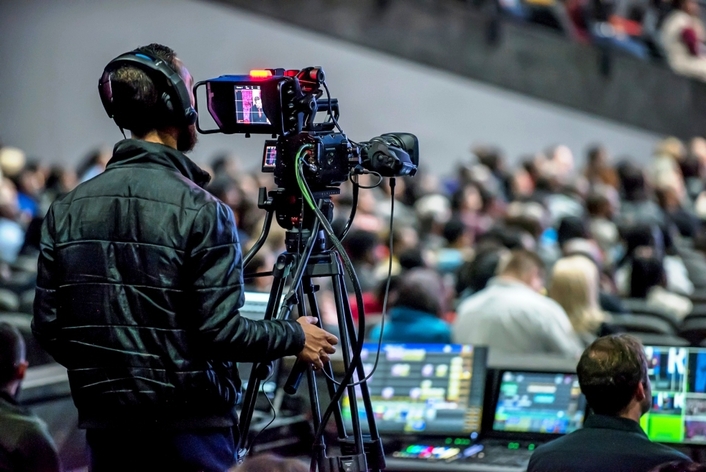 “Using the Blackmagic SDK, we were also able to develop a custom graphics solution, based on two high spec PCs equipped with DeckLink Duo capture and playback cards. This allows us to overlay graphics such as hymn lyrics and messages for the congregation as part of the program mix,” explains Francois.

For the live streams, CRC uses Teradek encoders and decoders in tandem with the Blackmagic Teranex Mini Audio to SDI and SDI to Audio converters for the embedding and de-embedding of audio. 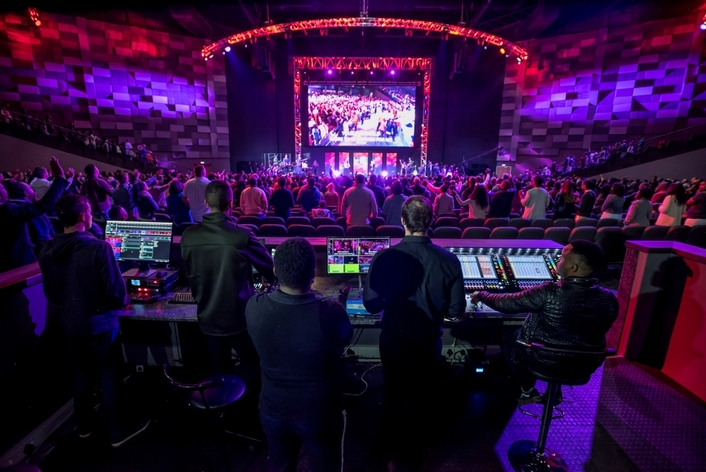 “With such huge auditorium spaces, the immersive nature of video makes each person feel part of the CRC community, and the live streaming augments this even further to bring congregations together across continents,” concludes Francois. “Owing to the success of this new installation, we have now also upgraded the production capabilities at our main campus, CRC Pretoria, with Blackmagic URSA Broadcast and ATEM switching.”