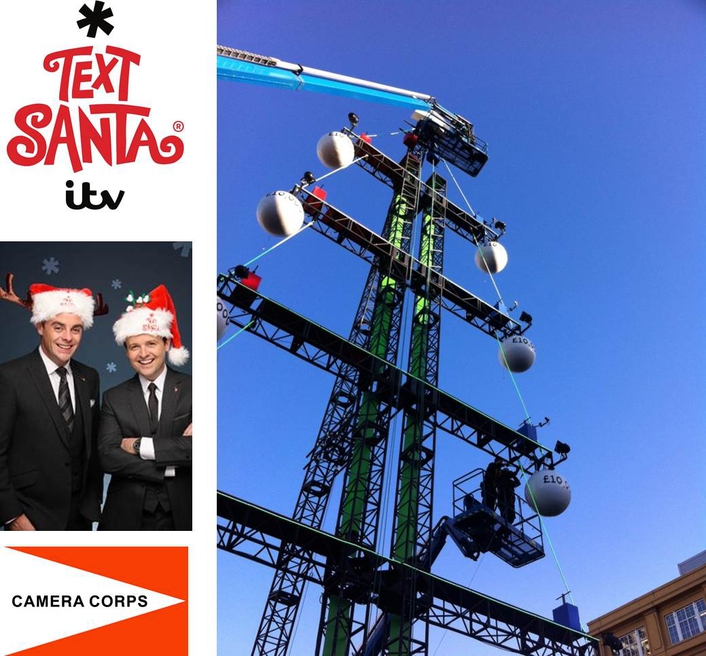 "The 'tree' was ascended by Ant and Dec, two presenters well known for the challenges to which they subject contestants in their own very popular television series," explains Camera Corps Business Development Director, Shaun Glanville. "The 30 meter high structure was comparable in size and shape with the mast of a tall sailing ship. The presenters' task was to climb the main tower and walk out along each branch. It looks challenging enough from ground level and would be a nightmare for almost anyone, even with protective rigging."

Installed by experienced technicians from Camera Corps, each MiniZoom camera tracked the presenters' branch by branch progress during their fund-raising ascent. A Q-Ball mounted at the apex enabled viewers to track the climb. The MiniZooms and Q-Ball were operated from Camera Corps remote control panels in the production studio, delivering full high-definition video to intercut with signals from the main studio cameras.

"The cameras performed well, handling the extremes of outdoor night shooting and direct light from the various lamps which illuminated the structure. Fortunately the contestants and the cameras were spared the traditional Christmas rain!" 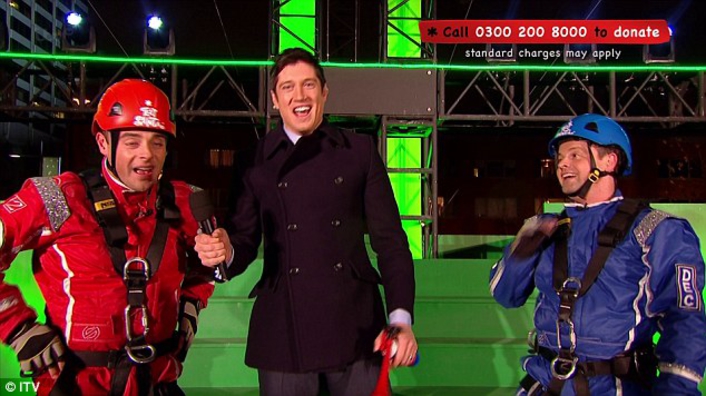 Q-Ball is a 1080i high-definition camera with 10:1 zoom optics plus a fully rotatable pan and tilt head housed in a cast-aluminum sphere of similar diameter to a standard Compact Disc or DVD. High-precision motors enable the operator to adjust the camera angle from practically any location, including smooth adjustment of vertical and lateral tracking speeds. Q-Ball has delivered close-up video from many very high-profile broadcast events in recent years, including the BBC Proms, Summer and Winter Olympics, international football, motor racing, water sports, tennis, football, rugby and many popular reality television shows.

Transmitted live on UK ITV from 8 to 11 pm, the production was watched by millions of viewers and elevated proceeds for the Text Santa 2013 campaign to £4,200,000. 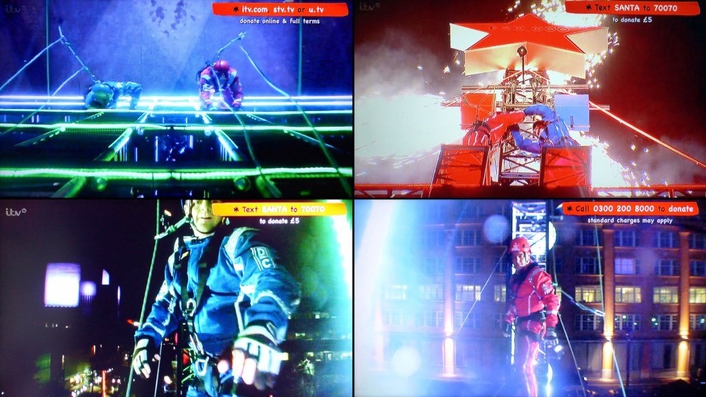 Text Santa is ITV’s annual charity fundraiser appeal, raising money and awareness for six UK based charities each year. Its aim is to improve the quality of life for vulnerable people in the UK by inspiring, engaging and empowering the nation to make a difference at Christmas time. 100% of donations made by Text Santa viewers are evenly distributed to the chosen charities within three months of each televised appeal. All Text Santa operating costs including staffing and the program itself are funded directly by ITV as part of its corporate giving, not from ITV's corporate partners or viewers' contributions.

A Vitec Group company, Camera Corps provides high-volume support services for reality television productions as well as very large-scale sports and stage events worldwide. Based on the site of the former Brooklands motor-racing circuit near London’s Heathrow airport, Camera Corps has achieved a pre-eminent reputation for its ability to acquire exciting and unusual television content from exceptionally challenging environments.