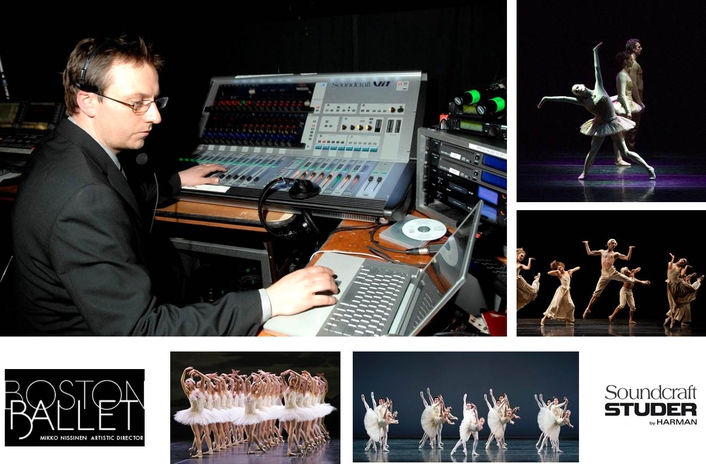 Talamas Broadcast Equipment provided the Soundcraft Vi1 console in time for the recent holiday production of ‘The Nutcracker'
Founded in 1963, the Boston Ballet has become one of the leading dance companies in the world. Under the leadership of Artistic Director Mikko Nissinen and Executive Director Barry Hughson, the Company maintains an internationally acclaimed repertoire and the Boston Ballet School, the largest ballet school in North America. The Boston Ballet recently upgraded its audio system, including the installation of a Soundcraft Vi1 digital mixing console.

Talamas Broadcast Equipment of Newton, Massachusetts provided the Soundcraft Vi1 console in time for the recent holiday production of ‘The Nutcracker.’ “We required a console that could handle a number of diverse elements including mixing the chorus and orchestra, and splitting the live feed for archiving,” said Nick Jabour of Talmas Broadcast Equipment. “We looked at various consoles and found that the Vi1 was ideally suited to the requirements of Boston Ballet.”

“The Vi1 has specific sets of features that are ideal for different mixing and archiving tasks,” continued Jabour. The way the EQ is set up and the ability to isolate pretty much anything is really useful. The board is highly customizable, and it can be customized very quickly.”

Jabour noted that the Vi1 made the transition from analog to digital mixing easier. “Prior to the Vi1, Boston Ballet’s front of house engineer Benjamin Young and I hadn’t worked with any of the digital Soundcraft consoles, but we had both mixed on Soundcraft analog consoles, and we loved the sound of those. Because of this, when the time came to go digital, we decided to look at the Vi1, and liked what we heard and how the console operated.”

In fact, once Talamas Broadcast Equipment delivered the Vi1, Young had his show up and running the same day. “When we saw Benjamin later in the week, it was like he’d been using it forever,” Jabour said.

“The layout of the Vi1 is so intuitive that you can put any sound operator in front of it and they’ll be acquainted with the board in no time,” Young said. “A lot of consoles try to retrain you how to think in order to learn their system. But the Vi1 is designed in a common-sense fashion that makes it really easy to operate.”

“One of the major advantages of the console is the fact that the processor and control surface exist ‘live’ in the Vi1 and the ‘brain’ isn’t 150 feet away in a pit somewhere,” Jabour pointed out. “This eliminated what could have otherwise been a huge concern – if the signal path was cut, there’d be no way of continuing without basically stopping the show. That is not an issue with the Vi1.”

The majority of the Boston Ballet’s productions take place at the famed Boston Opera House. However, several productions throughout the year are held in different venues, which made the Vi1’s compact size and portability all the more attractive. “I’m looking forward to taking the board with me on some of our upcoming shows at remote locations—being able to drop the shows right in and have it quickly up and running is a huge advantage,” Young said.