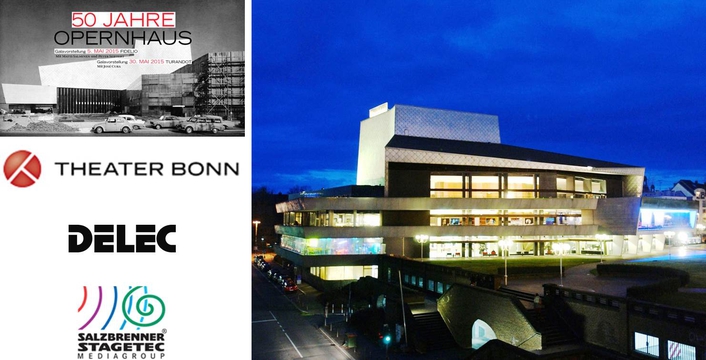 In the summer of 2014, the Bonn Opera House was equipped by Salzbrenner Stagetec Audio Video Mediensysteme GmbH with an all-new stage management system with next-generation intercom and video features. Although the Salzbrenner team had a mere three months to design, manufacture, ship and install the new system, the venue began its new season with a significant technological edge. After a number of additions and modifications were implemented in between productions, the system was formally accepted and is now fully operational.

The main challenge for the installation of the new system was the extremely tight deadline: within six weeks, the old stage management system had to be dismantled, and light signals, information sign lights, paging speakers and audio monitors as well as new intercom and video systems had to be installed. Michael Müller, system installation project manager at Salzbrenner Stagetec Audio Video Mediensysteme GmbH, says: “Planning and delivering projects of this scale in such a short period of time is only possible if everything goes smoothly. Our suppliers had to deliver on time and our team members needed to be available as requested.” 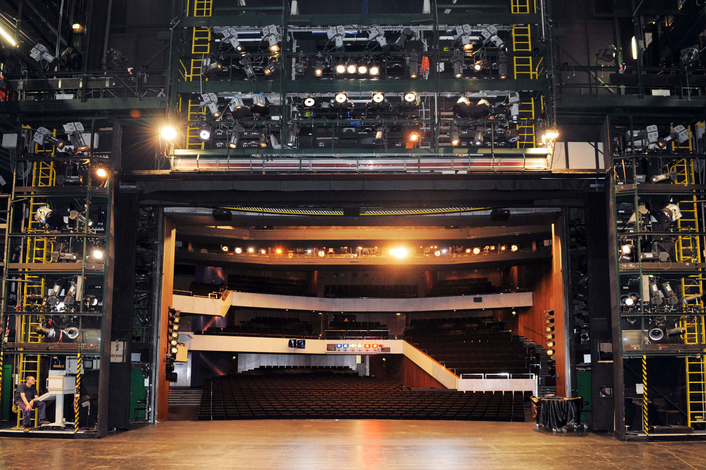 Outrunning time
The project for the installation of a new stage management system at the Bonn Opera House kicked off in early 2014 with the planning stage and sending out invitations to tender. The Heidelberg-based contractor Skena, which specialises in renovating venues and event technology, supervised the tender procedure and the installation project. Rüdiger Stepper, the planning office’s managing director, agrees that outrunning time was of the essence: “Everything had to go like clockwork, from the planning stage all the way to deployment.” A second challenge was the requirement to build on existing structures. The new system was embedded into the existing infrastructure, parts of which were either undocumented or totally unknown quantities, which obliged the team to be prepared for the unexpected at all times.

DELEC intercom system
One of the reasons why Salzbrenner Stagetec Audio Video Mediensysteme GmbH was awarded the Bonn Opera contract was that the venue already had an intercom system supplied by DELEC, another member of the Salzbrenner Stagetec Mediagroup. The object of the exercise was to modify existing gear to work seamlessly with the new system and to embed the PerformanCeTRL stage management system developed by the Mediagroup into the existing infrastructure.

Seven cameras for a clear picture
Another aspect of the project involved the installation of a comprehensive HD-SDI format video system. To keep the latency of the conductor’s camera to the absolute minimum and to ensure accurate cues for the singers, all monitors and cameras were measured with a proprietary device, and the signal chain was optimised accordingly. Seven cameras were installed to allow the stage manager to monitor both the stage and the auditorium. Switching between cameras is now accomplished using the dedicated hardware panel built right into the stage management console.

For budget and time reasons, only part of the existing system was replaced: the new technology core was connected to the existing cables via newly installed patch panels. Cables where replaced only in areas where the original cables were unsuitable for HD-SDI signal transmission. 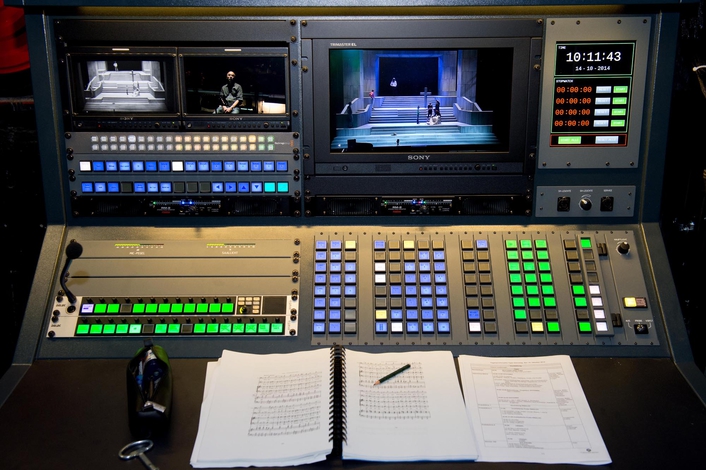 Signal processing using modulators
The new video monitoring system signals are processed using three DVB-C modulators and four analogue HF modulators. The DVB-C modulators convert the SDI signals to ASI and then modulate them. The analogue modulators, for their part, use SDI/FBAS convertors. As a final stage, the HF system was measured again and all levels were fine-tuned. The video system comprises the following elements: one Blackmagic Design 40x40 SDI matrix; one SmartControl and MasterControl video hub for the audio control room and the stage management console; two Sony BRC-Z330 conductor cameras (one mobile, the other installed in the pit); one Panasonic AW-HE60SE camera (monitoring) and one Eneo HDC-2100 (infrared) for the camera covering the entire stage; one Neovo HX 24, HX 42, one Sony PVM-A170 and one LMD-941W as video monitors; Kathrein HF modulators: one UFG 810 base unit fitted with two UFM 370s and two UFM 340s as well as three UFX 390s for ASI modulation.

Ready for show time
Salzbrenner Stagetec Audio Video Mediensysteme GmbH and a DELEC team installed the new stage management and video systems between early June and late August. Timely delivery at the end of the opera house summer break was only possible thanks to the seamless collaboration of all parties involved and, of course, thanks to the system integrator’s extensive experience: it has been providing turn-key solutions for professional audio, intercom and media technology projects on a global scale for over 50 years.