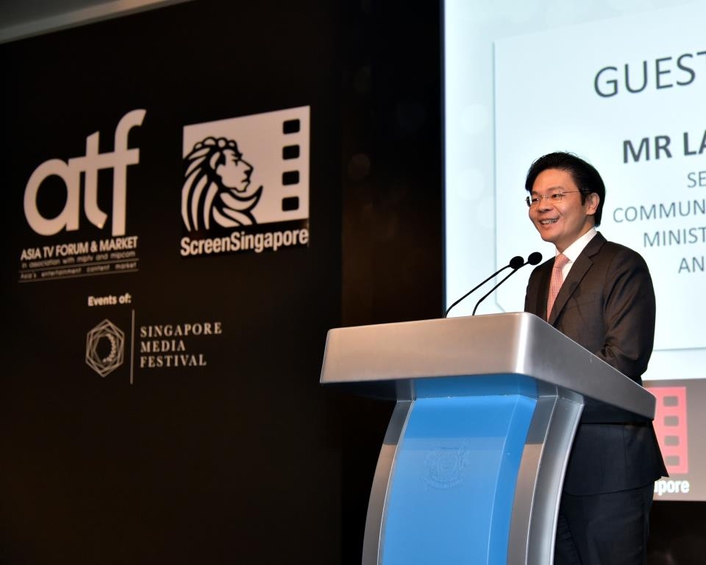 Held from 10 to 12 December at the Marina Bay Sands Convention Centre, this year marks the 15th edition of ATF and 4th edition of ScreenSingapore. A pre-market conference was held the day prior on 9 December. Under the umbrella of the inaugural Singapore Media Festival (SMF), this year’s edition of the integrated television and film content market will also leverage the synergies from two other complementary events – Asian Television Awards and Singapore International Film Festival (SGIFF) – to offer an expanded suite of activities. A record high of close to 5,000 attendees from 60 countries are expected at this year’s ATF and ScreenSingapore.

Ms. Michelle Lim, Managing Director, Reed Exhibitions said: “Asia is moving towards a golden age of entertainment content. An integrated market like ATF and ScreenSingapore, which showcases television and film content on an integrated market floor, provides a platform for exposure, collaboration opportunities, networking and trade. Already a mainstay for the global entertainment content industry, this annual event will no doubt continue to drive and elevate Asian content and innovation in the region and beyond.” 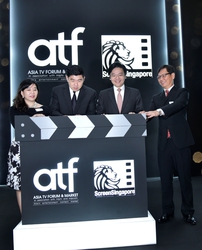 The line-up of speakers also include Mr. Jon Landau, the award-winning Hollywood producer whose slate of films includes the blockbuster hits ‘Titanic’ and ‘Avatar’, Mr. William Simpson, renowned comic, TV and movie storyboard artist who is behind the famed Game of Thrones HBO Series, and Mr. Tom Beattie, the man behind the second Mr Bean animated series.

This year will also see the return of MIPACADEMY and Animation Lab, following their successful inaugural run in 2013. The two initiatives were conceptualised to create opportunities for collaboration as well as provide fresh perspectives through best practices and case studies.

At MIPACADEMY, attendees will benefit from master classes on all aspects of the value chain from content creation to distribution, which are led by industry experts including Mr. Kim Tae-Ho, producer of popular long-running Korean variety TV show ‘Infinite Challenge’ and YouTube sensation comedy duo, Mr. Andrew and David Fung.

And with increasing Twitter use to drive audience engagement, loyalty and tune-in, the Twitter APAC TV Team will take delegates through case studies, research and data behind Twitter’s Emmy awardwinning best practices for social TV.

Premier entertainment content market in Asia
Since its inception, ATF and ScreenSingapore has grown to become one of Asia’s key platforms for international and regional media companies to come together to network and trade. Last year’s ATF and ScreenSingapore saw over 4,300 participants. Close to 5,000 attendees are expected at this year’s event, from both established and developing markets such as Bangladesh, Brunei, Cambodia, Myanmar, Nepal, Sri Lanka and Vietnam.

About Asia TV Forum & Market (ATF) and ScreenSingapore
Asia TV Forum & Market (ATF) & ScreenSingapore, held concurrently in December 2014, create the unmissable platform for making an impact on the entertainment industry for TV and film. It is Asia’s premium content market to buy, sell, finance, distribute and co-produce across all entertainment platforms, and is the sister show to MIPTV and MIPCOM in Cannes, France, which is also organised by Reed Exhibitions.
Held at Marina Bay Sands Singapore, 9 –12 December 2014, ATF & ScreenSingapore is the perfect event to experience the electrifying energy of Asia’s expanding content entertainment industry.