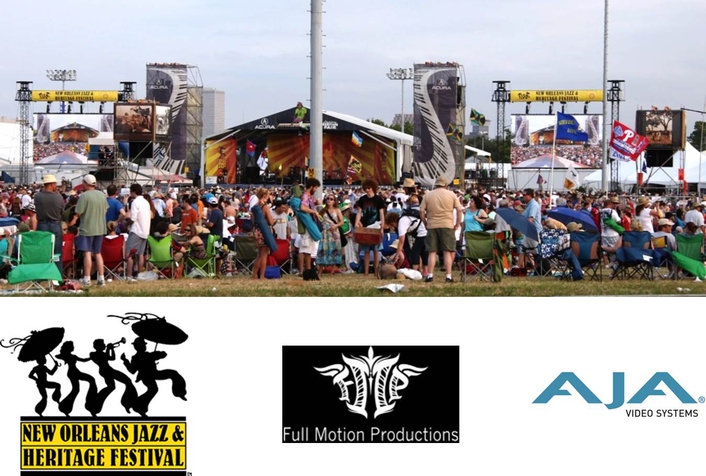 The New Orleans Jazz & Heritage Festival presented by Shell is one of the world’s largest outdoor music festivals, featuring over 500 musical acts on 12 stages and drawing an estimated 400,000+ visitors. Full Motion Productions has been supporting the event’s festival productions team for the past four years.

“All of the main stages depend on AJA in some way,” said Full Motion Productions co-founder Nate Page. “Last year some of the stages recorded to tape and some to Ki Pro. Because of how well that went, this year we went completely digital with Ki Pro. We also use FS1s on all stages to transcode signals and build a cable network to feed the IMAG (LED walls), monitors and streaming feeds. We also use FS1s to down convert signals to SD where needed, when we are we’re working with one of our HD systems.” 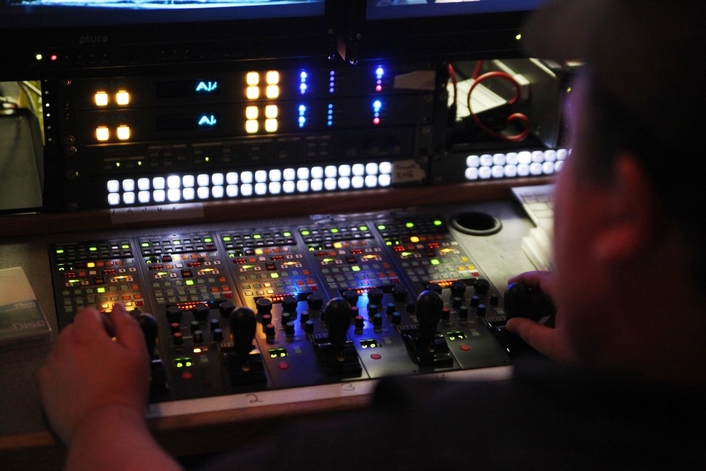 Highlights from Jazz Fest performances were streamed on RollingStone.com via AEG Network Live

Highlights from Jazz Fest performances were streamed on RollingStone.com via AEG Network Live. In addition to delivering live streams, editors on site were able to take Ki Pro drives and begin editing directly, without digitizing, to cut pieces and promos that were streamed in a nearly-live timeframe.

“The Ki Pro workflow is so much easier than recording to tape,” said Page. “You get very high quality with Apple ProRes, and you don’t have to digitize. At the end of the day it’s easy to transfer the media to a consumer hard drive and hand it off to the client. It’s a much faster process.”

He added, “FS1 is pretty much an industry standard at this level of production. It’s an amazing box that makes our truck much more flexible and allows us to manipulate signals, audio — and do just about anything.”