Record-Breaking 90,000 Visitors & Over 450,000 Online Viewers
niconico Kunikaigi was held jointly with Anime Festival Asia 2014 (AFA) at the Suntec Singapore Convention & Exhibition Center from Dec. 5 (Fri.) to 7 (Sun). During these three days, the number of visitors exceeded last year’s total of 85,000 and AFA’s previous record, to reach 90,000, while roughly 450,000 viewers were watching it on niconico Live.

To realize the Live streaming niconico has contracted Dwango represented by creative producer Mr. Ryosuke Kawai which then has sub-contracted FindYourWayInTheWorld (FYW), regional broadcasting agency, and M²- Asia Pte Ltd to get together the broadcast team.The equipment was hired by rental house Cinegear and consisted mainly of four Sony PMW-EX3 cameras (one with a 22x zoom), a Panasonic HS-400 vision mixer, a AJA KiPro recorder and various TVLogic monitors with splitters.

AFA 2014 Niconico Live Broadcast | Behind the Scenes on YouTube 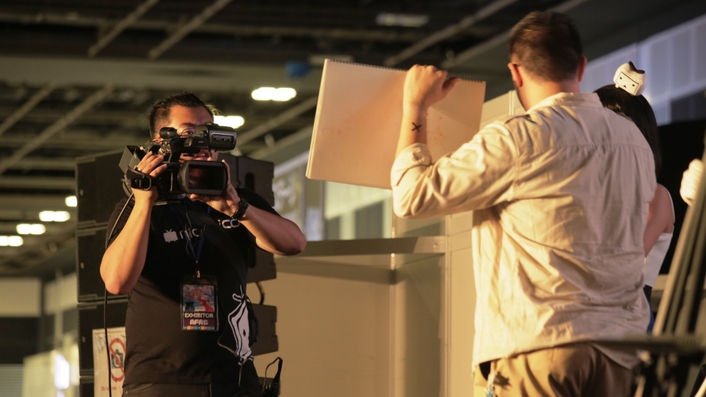 The stage, the lighting and the LED screen on the stage was set-up by Milton-Exhibits. The LED screen enabled the team around Executive Producer Arnaud Belhamou of FYW and Creative Director Max Penzel of M²Asia to show the streamed signal also to the dancers and spectators at AFA. FYW is a specialist in online broadcast and YouTube optimization while M² is a producer of visual creative services across Europe and Asia. 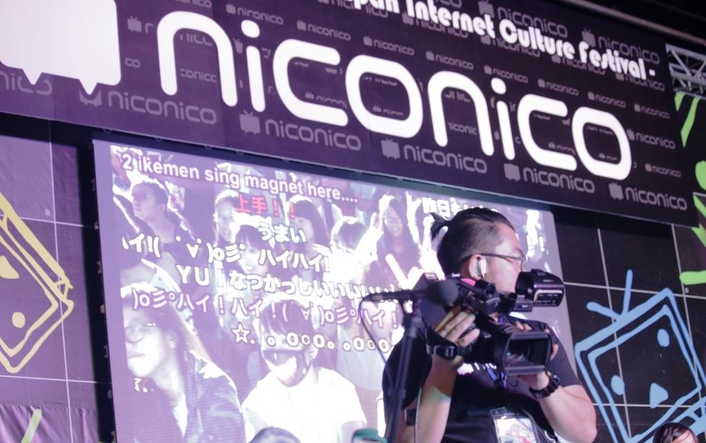 niconico Kunikaigi was first held at East Asia’s biggest pop culture event AFA 2014 as an overseas version of niconico Chokaigi, a huge event held in Makuhari Messe every April. Besides arranging the same kind of interactive programs that were super popular at niconico Chokaigi, such as “Utattemita,” “Odottemita,” “Live Gameplay,” “Cosplay,“ and “Attack on Titan Three Dimensional Maneuver Gear Balance Training Experience” at the AFA venue, there were also performances by niconico celebrities including singers, dancers, and Vocalo-P. 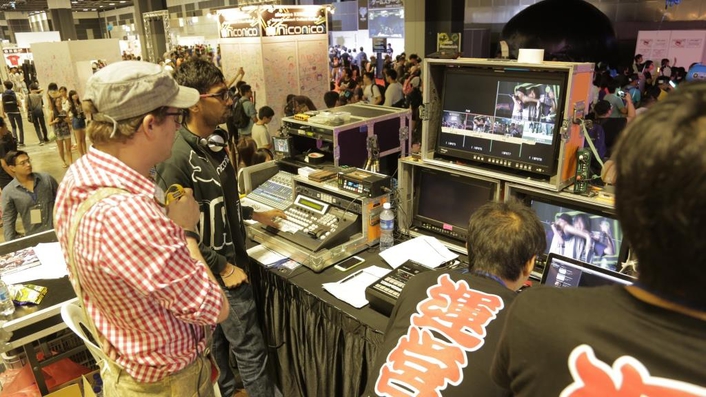 At the “Utattemita” corner, participants from Singapore and nearby countries performed anisongs and Vocaloid songs on a karaoke stage. In reaction to the astonishing singing skills and perfect Japanese of the performers, there was a flood of surprised onlookers commenting things like, “Awesome!”, “What a pro,” and, “They must be Japanese.”

In the “Cosplay” section, East Asian cosplayers came one after another to show off their perfectly reproduced character costumes, minutely detailed down to the smallest accessories. While the cosplayers were striking poses, comments from the amazed viewers including, “What high quality!”, and, “Unbelievable level,” were shown throughout the venue on screen, firing up the atmosphere.

In the “Odottemita” and “Otaku-Gei Lesson (Otaku Art Class)” corners, participants showed the fruits of the dance lessons they took to everyone. There were many who had mastered the choreography beforehand and charmed the spectators with their highly synchronized, unanimous performances.

In the “Live Gameplay” section, there was direct, face-to-face exchanges between users as they connected the AFA hall and niconico Headquarters in Ikebukuro, Tokyo through a relay station to promote exchange and give a chance for users in Singapore and Japan to compare their gaming skills. 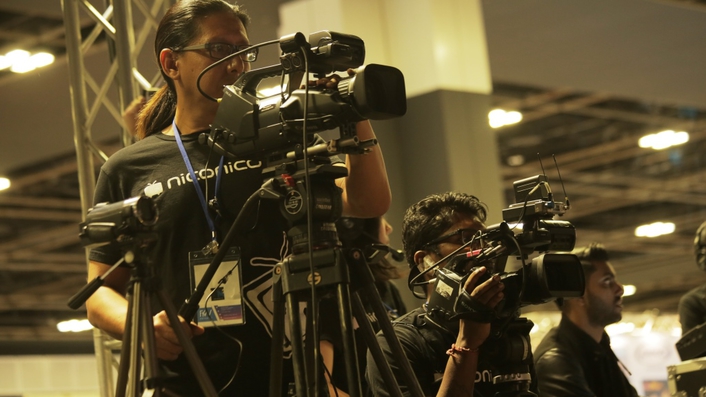 During the live concerts, Vocalo-P performances, and the usual “Big Chorus” that marks the end of the event, the niconico Live screen was covered in a barrage of comments. Performers, visitors, and viewers crossed the border of reality and the Internet, and, becoming one, they fell into a whirlpool of enthusiasm.

And as the final performance of the last day came, the audience applauded as online comments including, “Singapore is the best!!!”, “Thank you for this three days!”, “I’m going to cry,” and, “88888888,” flooded the screen as niconico Kunikaigi lowered its curtains, bringing the hugely successful event to a close. 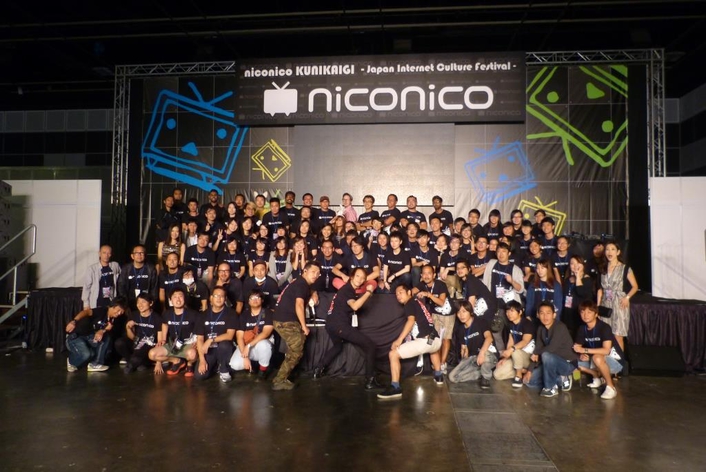