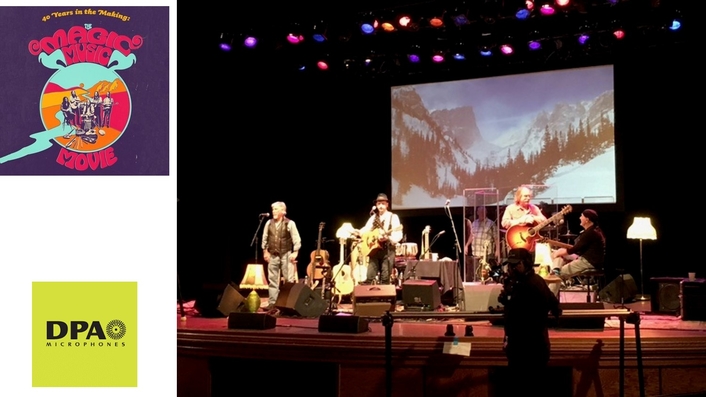 In the 1970’s, while he was a student at the University of Colorado, Director Lee Aronsohn fell in love with the music of the Boulder Revolution and the band Magic Music. Since the band’s break up in 1976, any trace of their music has been virtually impossible to find. Four decades later, superfan Aronsohn tracked down the original band members and convinced them to get back together in Boulder for one sold-out reunion concert that was documented in the film, 40 Years in the Making: The Magic Music Movie. To preserve the integrity of the band’s original performances for the film, Production Sound Mixer David Griesinger used a selection of microphones from DPA Microphones.

The decision to use DPA microphones goes back to Griesinger’s training in music recording at CU Denver. “In recording good acoustic instruments, you want to capture what is naturally there as best you can,” says Griesinger. “Simply put, a good performance plus good microphone plus good cable plus good preamp equals a good recording. As an engineer you owe it to a great performer to capture their performance as cleanly as possible. These former bandmates, even without having rehearsed a great deal in 40 years, had a natural symbiosis that seemed to transcend time.” 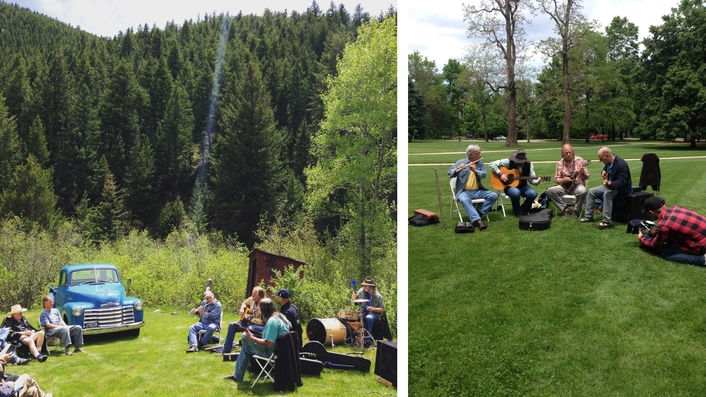 For the film, Griesinger used up to six DPA d:screet™ 4061 lavaliers into wireless transmitters along with d:dicate™ 4017B Shotgun Microphones exclusively for the band performances outside, in cabins, and most of the sit-down interviews. In addition, Griesinger used the d:mension™ 5100 Mobile Surround Mic as part of the live concert audience and natural ambience capture.

Griesinger and the crew started recording the band’s first outdoor performance in Eldorado Canyon at the site of one of the band’s original campsites whereupon a downpour commenced as soon as they unpacked the guitars from their cases. “We continued filming with the band playing and singing under a covered gazebo and the DPA d:screet 4061’s both held up to the rain and captured their performance beautifully,” adds Griesinger. “For its part, the d:dicate 4017B allowed the focal point to be the band but captured the rain in the background as well. The capture of the microphones allowed the audience to really soak in the experience under that rain-drenched canopy as if they were there with the band. It was powerful and one of my favorite moments of the whole experience.”

Almost all of the acoustic musical performances by the band were impromptu gatherings where instruments would be taken out of cases as they were talking and were exclusively recorded by the DPA d:screet 4061’s. “It was like having a spot mic for each band member that, when mounted in the correct location, perfectly captured a balanced mix of their guitar and voice,” says Griesinger. “Having the d:dicate 4017B to blend the overall sound and record room acoustics was just the icing on the cake. I feel that the DPA microphones maintain the most transparent acoustics possible, especially in the transients, which provides incredible flexibility for the post team to process the voice later. The d:screet 4061’s helped send along great audio to the post team while still allowing production to get the shots they needed to create the aesthetic. I’ve always been impressed with the sound quality, innovation and never-sacrificing quality for profit nature of DPA microphones.” 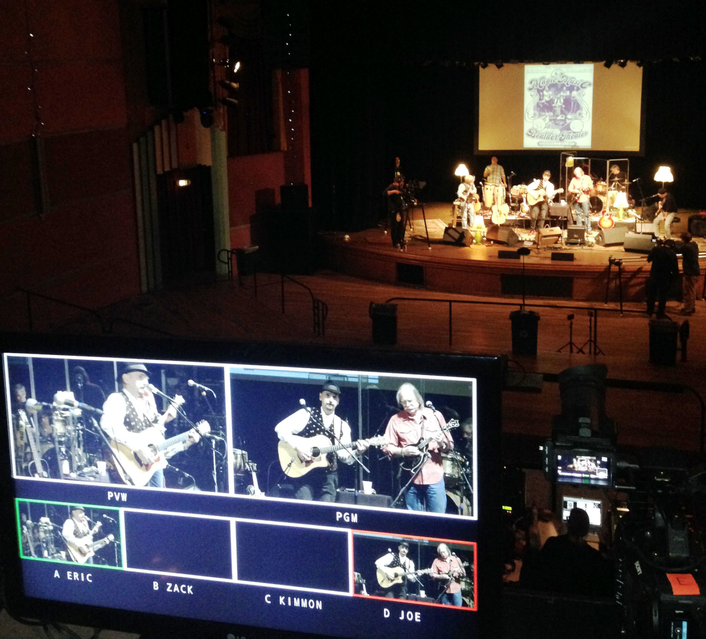 Since production wrapped on the film, Griesinger has added to his DPA collection. His current inventory includes d:dicate 4017B shotgun microphone which tends to be his go-to documentary microphone; a full compliment of d:screet™ 4063 Miniature Omnidirectional Microphones as well as the d:screet™ CORE 4063 microphone, and d:screet™ 4080 Miniature Cardioid Microphones, which according to Griesinger work great as car plants or in confined spaces where a boom can’t access. He also plans to add a couple of d:dicate 4018C, and MMP-ES active cables for more flexibility in confined acoustic spaces as well as the d:facto Vocal Microphone for much more transparency in recording live performances.

“Given DPA’s history of starting as the musical sub-division of Brüel & Kjær measurement microphones, they are quite possibly the most natural acoustic transducers out on the market,” he continues. “DPA offers a purity and simplicity in capturing the natural acoustics and blending of voices that occurred in each of our filming locations. I consider myself and the crew to have been extremely blessed to have heard and experienced this first hand in the magical foothills outside of Boulder, CO.”

40 Years in the Making: The Magic Music Movie and the soundtrack album are available digitally worldwide via iTunes, Amazon Prime and on DVD. The movie is also available on most satellite/cable networks on demand. For more information please visit https://www.magicmusicmovie.com/watch