World Cup is the Global Test of 4K Streaming 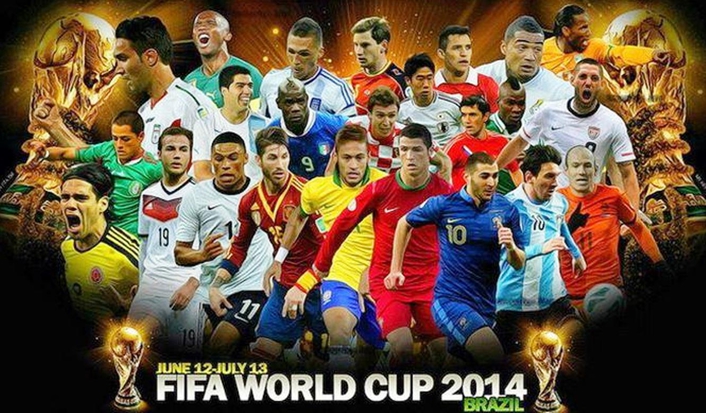 .
Two things drive OTT/IPTV (Over the Top/Internet Protocol TV) streaming content and the demand for bigger, better TV screens. Sports is one of them. To emphasize that fact, Cisco reexamined some of their numbers in their annual Visual Networking Index Global Forecast.

The FIFA World Cup runs through July 13 and millions of people around the globe will stream the games, highlights and even replays over the Internet. Cisco, Sony, Akamai and anyone who is anyone in the content production, distribution and delivery food chain will be watching with extreme interest … just to see how well the global Internet performs.

It was widely discussed at the recent BroadbandTV conference because the IP broadcast of the event should generate more than 4.3EB.

Global 4K
It’s an even more interesting test since all of the contests will be streamed in 4K to TV sets around the globe.

People in the Pacific Basin and developing countries have transitioned rapidly to the smart 4K TV because the built-in smarts were designed in to give the viewer complete control over his/her entertainment, news, information and communications.
In addition, 4K is beautiful to watch with a greater depth and range of content viewing – 4X the resolution of yesteryear’s high-definition (HD) sets. 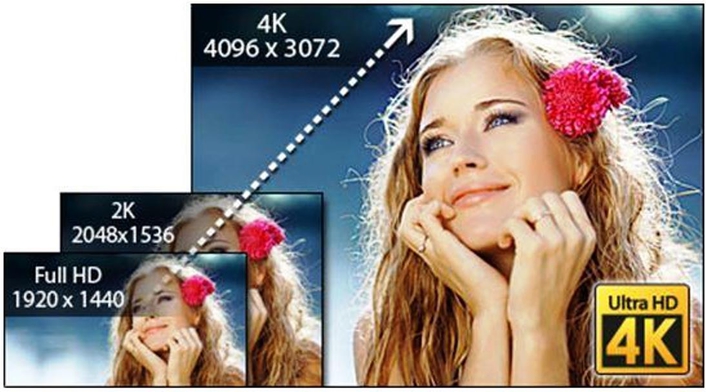 BRIC (Brazil, Russia, India, China) and other emerging countries have experienced booming markets for smart 4K TVs. Apparently, someone forgot to take into consideration that developing countries have no ties to the established cable infrastructure and could quickly transition to wired/wireless content distribution. 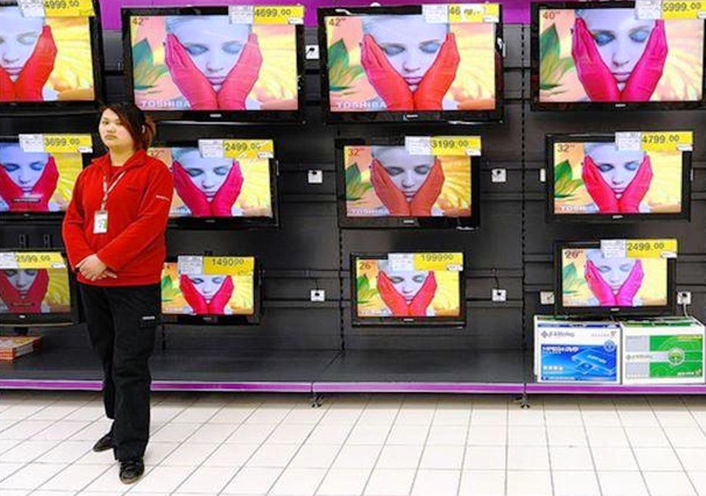 In the U.S., 65-in 4K screens are already available for under $1,500; and by Black Friday, most analysts are projecting that prices will be even lower and sales will be very brisk.

Most Watched
The lucky soccer fans will not only be able to watch the games on their big brilliant sets, they’ll be able to interact with the rich content FIFA has planned for this year’s event with their estimated 8B other screens – computers, tablets, smartphones.
However, while the telcos are already rubbing their hands together in anticipation of windfall profits from people who use their 3G, 4G and LTE devices to follow the play action; the fact is most sports, entertainment and other viewing is done in front of the TV set. 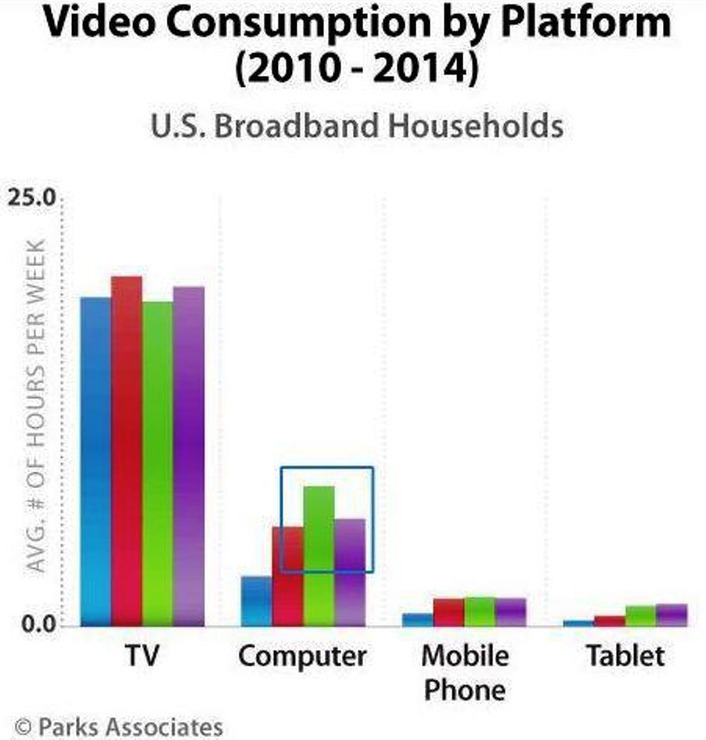 Viewing Window – While this year’s World Cup will be available on every screen you happen to have, most of the action will be on your big home screen – especially if you’re lucky enough to be one of the few folks who have a smart 4K UHD set. The other screens, as Mary Meeker of Kliener Perkins Caufield & Byers (KPCB) recently reported, will be used by people who want to interact with the shows, advertisers, social media sites, friends/relatives/others.

But without front-end processing and distribution management, 4K places a lot of added strain on the Internet. Because of this Akamai, probably one of the largest and most advanced Content Delivery Networks (CDNs) in the world, is a strong proponent of MPEG-DASH (Motion Picture Experts Group -Dynamic Adaptive Streaming over HTTP) and HEVC (High Efficiency Video Coding).

The enhanced coding/transmission technology does more than just put your content on a diet for travel through the Internet; but unless you’re a content owner or advertiser who has an interest in what you’re watching … don’t worry about it.

Very simply, the compression turns the beautiful but huge digital camera images into smaller, more compact digital files that can be more easily streamed over the Internet to your smart 4K UHD TV set.

So if the viewer isn’t using his other internet-connected device to watch what’s on the family/living room screen, what are they doing?

New Frontier
Whether it’s the World Cup, other sporting events, movies, TV shows or online video; they will be doing what people increasingly do … getting/sharing information on the event. 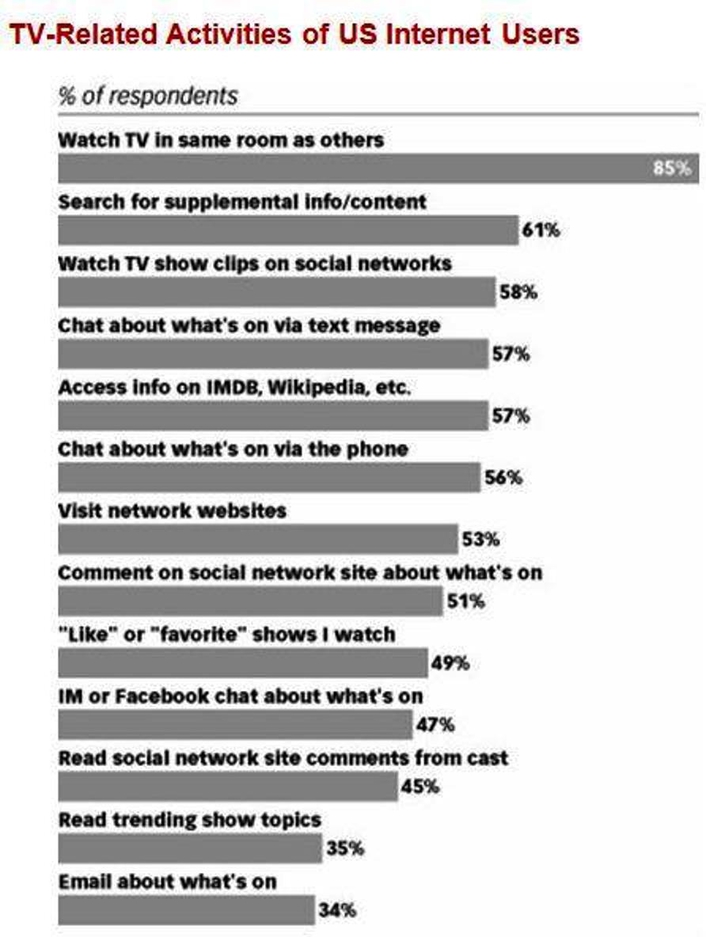 The TV set not only has the highest penetration of viewing devices globally; increasingly, it has the strongest video content viewership (especially outside North America).

While consumers long ago began pulling their TV antennas off the roof (only 6 percent of Americans use them today) they are becoming more dissatisfied with their cable/satellite service providers. 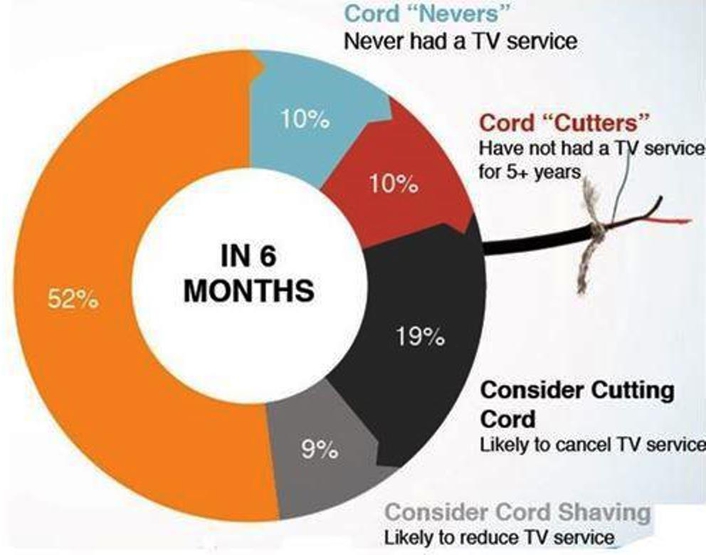 Not Feeling the Love – According to recent reports by a number of research firms including cg42, a management consulting firm, traditional linear entertainment providers like your unfriendly cable company aren’t feeling the love. While the majority of households still have cable TV service, newer smart TVs are enabling consumers to shave or cut their relationships. Not that they care because you’ll still be watching the World Cup and other content across part of their infrastructure.

New Issues
Of course, going OTT isn’t without its problems.
Yes, you get control of viewing when you want.
Yes, you get choices – 10s of thousands of mainstream, specialty video content to really let you pick and choose so you have MeTV. But it is overpowering.
Yes, with smart 4K UHD TV you have exceptional viewing; and with more and more leading-edge sets, you get the capabilities you need to personalize your entertainment. 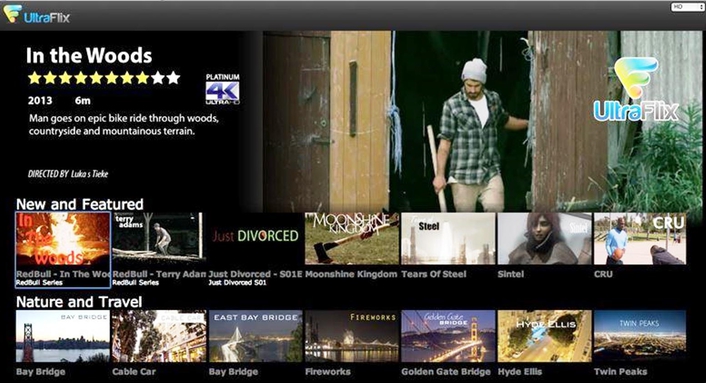 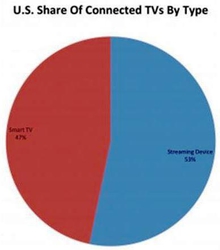 The smart sets can actually “learn” from viewers what people prefer to watch and the breadth of their interests, including online games.
For people around the globe who own HD or non-smart 4K sets, there are a wide range of add-on boxes/devices to enhance their viewing choices.
DVRs like Tivo will soon become something your dad and mom struggled with back in the old days (it’s not needed because the content is always stored somewhere on the iNet) and even the TV controller will be replaced by the growing number of smartphone apps.

Depth, Breadth – Smart TVs, especially the 2nd generation 4K units, will make it easier for consumers to broaden their entertainment, communications and interaction options. Lower prices are helping folks worldwide to justify upgrading (replacing) their TV sets to take advantage of and enjoy more of the action/information available from events, news and sports.

If you have a non-smart set, there are devices available:
-        Game systems – Xbox, PS4, others – that have exclusive games for their environment and will also serve as a streaming video device
-        Streaming media devices like the Nuvola NP1 which is 4K ready and also gives you access to the 10s of thousands of online individual, multi-player games.

No matter how you watch the World Cup – even if you have a helluva’ phone bill in August – just know that you’ll be participating in the greatest test of the strength and capacity of the Internet…ever!

To the players/teams they’re games.
To the countries, they’re a matter of national pride.
To Cisco, Akamai and all of the infrastructure participants, it marks an important stepping stone to 2018 when we should see an annual run rate of 1.6ZB/yr – 13x all of the IP traffic generated in 2008 or 1B DVDs downloaded … daily!
Everyone wins except linear TV; and that’s past its prime anyway.