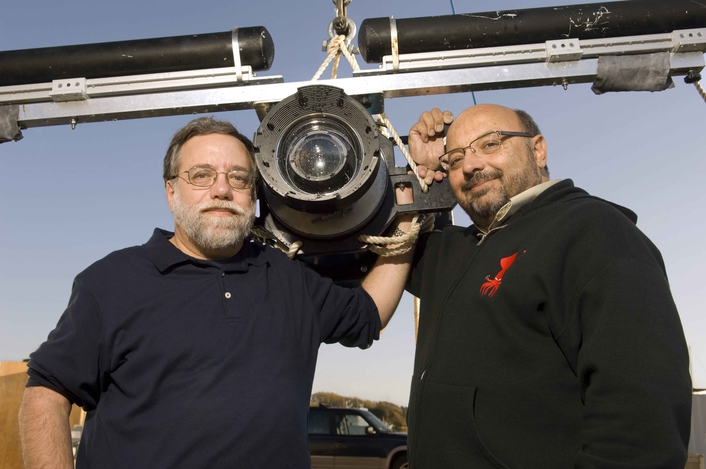 Unit Specializes in 3D Production Services for 14,000 Feet Below Sea Level to Outer Space and Anywhere In Between

The unit operates as a vertically integrated 3D production and postproduction service, and now, its industry-leading 3D camera rigs will be available to outside groups. The custom 3D rigs have been specially designed from the ground-up for natural history, science, documentary and sports remote applications, where image quality; reliability and overall equipment size are critical. Woods Hole Imaging is unique from its competitors in its proven ability to construct ultra-small, low power, high resolution, mini 3D camera systems that perform in hostile (non-studio) environments from 14,000 feet below sea level to the reaches of outer space.

“Our smallest 3D camera rigs weigh in at approximately four pounds and can be operated by a single individual,” explained William N. Lange, AIVL research specialist. “A comparable 3D camera is about 50 pounds. We’ve seen considerable interest from sports producers in our ultra-small 3D cameras systems. They see that you don’t have to have oversized, bulky cameras to produce exceptional 3D… you just need the best system. Hockey’s a great example. We recently placed one of our 3D camera rigs in a single position above the net at a New York Rangers game. The director stayed with the above the net shot longer than is typically done with a 2D camera. And by staying longer with this one shot, people were physically reacting, following the puck around. They were connecting to the action in a way that was different from the constant cuts to other cameras and other positions. That’s where our cameras can really add value.” 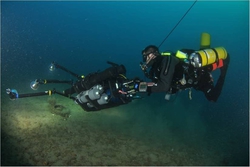 The new 3D rigs from Woods Hole Imaging Systems lead the industry in their durability and reliability. “When we put a camera system in a submarine, once that sub goes down, the system just has to work,” said Lange. “That mentality is in everything we do. All of us at Woods Hole design and build systems from the ground up. We’re extremely optimistic about our new 3D unit. We’ve got something special and proven to offer the producers of 3D programming.”

In the past five years alone, AIVL has developed over 30 ultra-small, high resolution 3D systems that have been used to great success throughout the world, providing unparalleled imagery. While they are mainly used for underwater applications, AIVL recently developed a new line of terrestrial 3D rigs, including ones that support high-end Sony, Red and Phantom cameras.

Woods Hole Imaging will make the leading technologies developed over the past decade, particularly 3D, more easily available and accessible to the scientific and research community, film makers, and producers. By providing the best and most versatile 3D technology and production services Woods Hole Imaging will be able to quickly respond to requests and unique opportunities, which is critical in natural history filmmaking and scientific imaging.

AIVL has been involved in the development of 3D technology for scientific and entertainment imaging for decades, providing developmental, production and engineering support to groups such as 3ality, NASA, NAVY, SAIC (Science Applications International Corporation), Telecast, ESPN, SkySkan, Sony, Paradise FX, and many others. Footage from AIVL systems has been used in hundreds of television programs and documentaries, as well as IMAX films. Some of the high-profile productions include: “Blue Planet,” “Deep Blue,” “Volcanoes of the Abyss,” numerous Titanic documentaries, as well as a recent theatrical 3D films with NHK.

The Woods Hole Oceanographic Institution (WHOI) is the world’s largest independent non-profit laboratory dedicated to exploring and understanding the global oceans and their relationship with humanity.The Advanced Imaging and Visualization Laboratory (AIVL) at WHOI is a recognized leader in the development of cinematography quality 2D, 3D, HD and hyper-definition camera systems for both terrestrial and underwater applications.