Will Sponsors Pull the Plug on Live 3D Broadcasts? 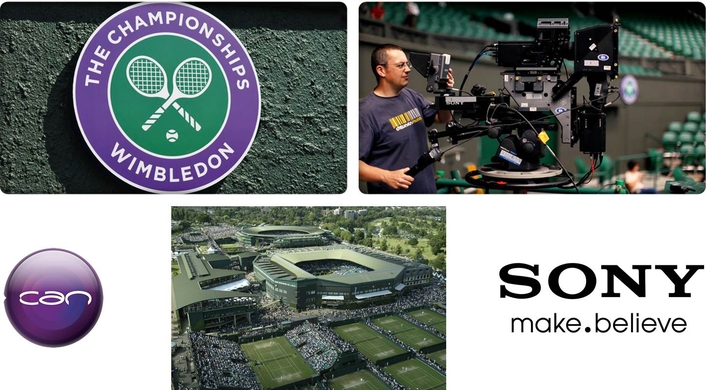 The future of 3D broadcasts such as that of Wimbledon may depend on broadcasters taking on more of the cost of production, writes Adrian Pennington for TVB Europe. The cost of producing one off events remains high even when sponsors like Sony or Panasonic underwrite them.

Budgets can be substantially reduced with a greater sharing of resources between 2D and 3D operations and if the event is produced in volume, but neither is the case at Wimbledon.

Last year the BBC chose to air three matches in 3D, just one of them live, and this year it has opted not to air any at all. It remains though a partner in the host broadcast of the 3D feed along with Sony, which is funding production in order to help boost sales of its 3D TVs.

“If we were starting from a greenfield site and requested to produce a 2D and a 3D production then costs could be slashed,” said Duncan Humphreys, Creative Director CAN Communicate. “We could dramatically reduce costs by share engineering resources, some camera positions and an awful lot of production workflow but it’s not really an option at Wimbledon because the host broadcaster has to be broadcasting the whole lot [of matches] to make it justifiable.”

Sky Sports and ESPN, for example, are able to amortise the cost of investment in 3D equipment such as outside broadcast trucks over a number of years because of the volume of 3D coverage they are committed to air.

“Everyone has created a rate card for 3D but that card is based on the production being funded by a benevolent sponsor,” said Humphreys. “The question is how you finance 3D events when you don’t have a sponsor. Sony and Panasonic will only put a value on it for a certain amount of time. At some point rights holding broadcasters are going to have to pay more of a facility fee for the 3D production and that’s where the stumbling block lies.”

He added: “This is nothing that High Definition didn’t go throw up in its early days but it needs to be addressed. Putting on a show for one game is expensive while across two weeks the costs tumble but even with reduced costs there still needs to be someone to finance it.”

This is the second of a three year deal Sony has with the All England Lawn Tennis Club (AELTC) to produce Wimbledon 3D. The details of its sponsorship are not disclosed but the company stated: “There has been no question of Sony seeking to withdraw from the partnership with Wimbledon. In terms of support for 3D, as a manufacturer, our ethos has always been to support the early adopter community as they work with new technology to deliver new programmes to customers, but it reaches a point where the market is mature enough that it does not require that level of funding manufacturer support.”

Panasonic has sponsored select matches in 3D from the French Open and the US Open.