Wacken in 3D – Louder than Hell 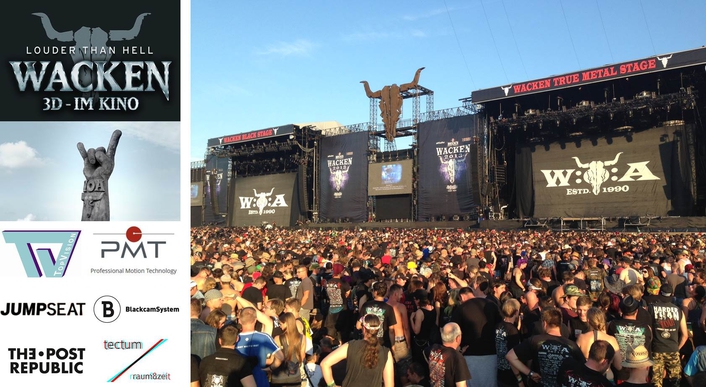 .
"Wacken" is unique. Indescribable. Almost legend. Once a year, for three days in August, the small village in the North-German province is the epicenter, the mass phenomenon and the world capital of the harder pace. Nearly 75,000 "metal heads" from all over the world get together for the Wacken Open Air to worship their music and their high priests: the most famous bands of the international metal scene - and of course to celebrate their festival together.

Since 1990, when the first Wacken Open Air with almost 800 visitors was not much more than a freakish idea, it has grown year after year. To date, it has developed into the world's largest open-air festival of its kind with more than 75.000 paying visitors. Each year tickets are sold out within days - long before the bands involved are fixed at all.

Much has been reported, written and documented about the festival. But what exactly is Wacken and what makes it so special? What is the fascination of this festival, what the magic - the "soul"? What has Wacken what others do not have? It is hard to say with words, numbers or anecdotes. And yet somehow very simple: To understand Wacken, you have to experience Wacken!

Wacken 3D is exactly going that step further and moves into the midst of the action. Director Norbert Heitker, director of photography and producer Tomas Erhart and their colleagues have filmed this year's Wacken Open Air festival with 16 3D cameras around the clock at various venues in real stereo 3D. Wacken 3D is a trip through the complete Wacken universe – it will bring you as close as possible to the festival and you will experience all its diversity, its atmosphere and all its untamed force "live".

And the experience is not just from the perspective of an ordinary festival visitor. WACKEN 3D will bring you backstage and will let you go together with the bands onto the stage. You will stand on stage and look into the faces of thousands of loyal fans, and you can experience your personal crowd surfing. The cameras are floating with you into the tent cities, to the metal battles and to the “Tschingderassabum” of the "Wacken Firefighters".

Six 3D camera teams accompanied the festival visitors, they showed how they pitched their tents, how they celebrated together peacefully and hilarious despite their menacing appearance and how they indulged their musical gods.
But all this would be nothing without the music - and so will experience what is the center point on these three days: the gigantic stage shows of the biggest metal bands on earth. And what else will happen? You will see ...! 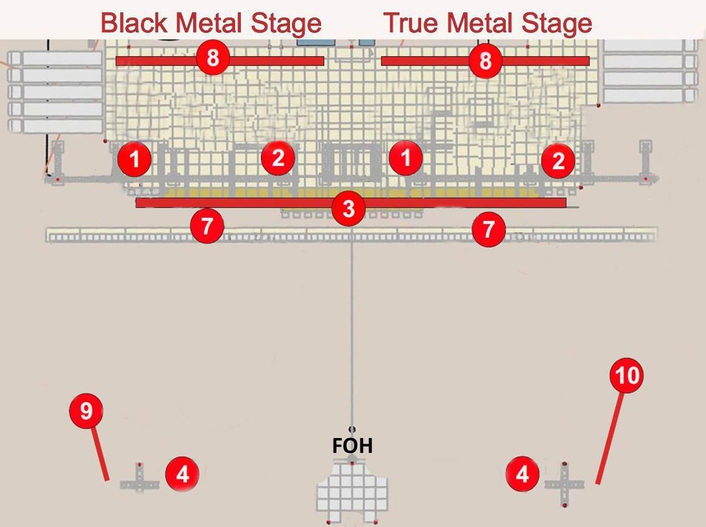 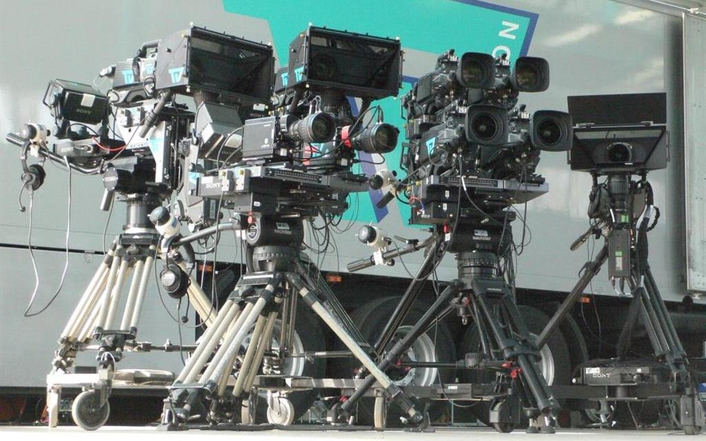 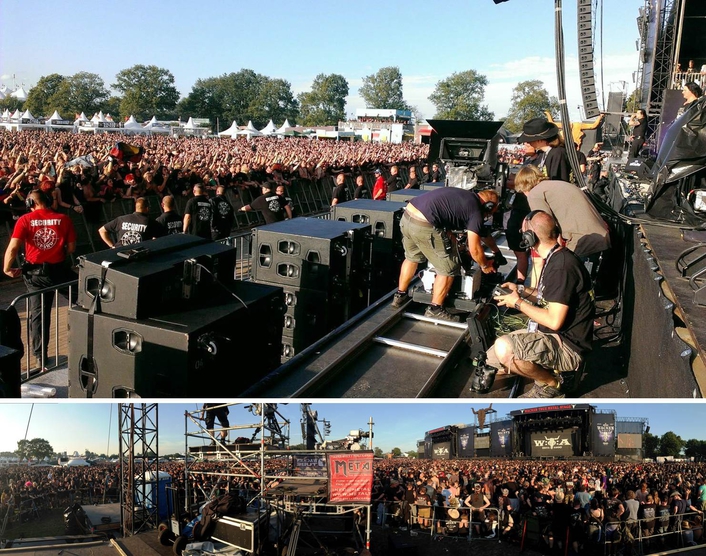 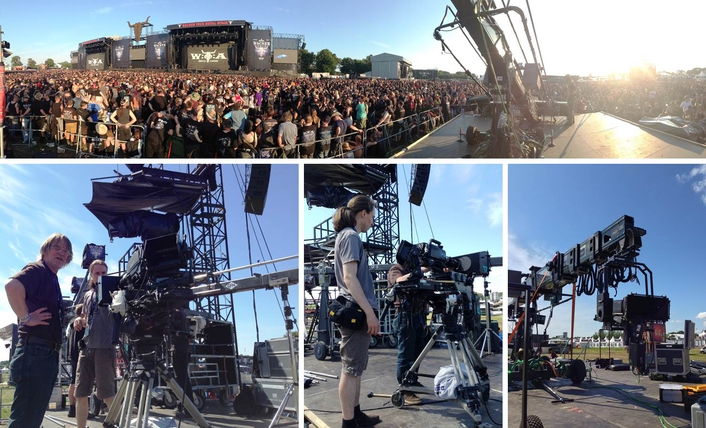 Cameras 9 and 10 on cranes from PMT

Both cranes were delivered by PMT. Special support was carried out by Sony by providing 1x MPE200, 1xHDCU1000 and 1xHDFA200 and Canon with the support of the clutchless lenses. 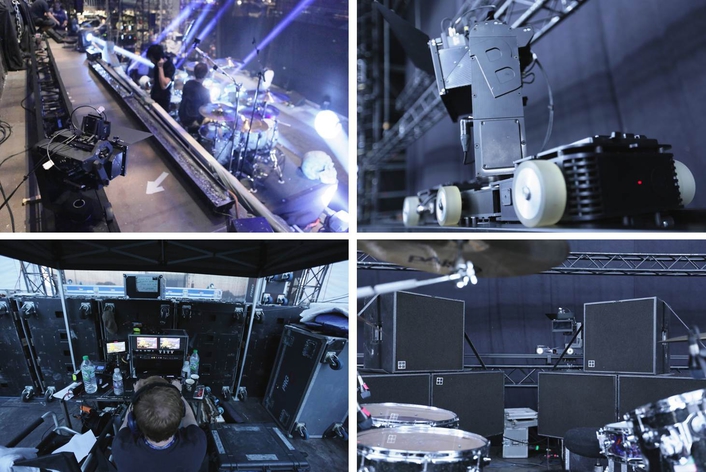 Both cranes were delivered by PMT. Special support was carried out by Sony by providing 1x MPE200, 1xHDCU1000 and 1xHDFA200 and Canon with the support of the clutchless lenses.

TopVisions 3D OBVan Ü1 with its tender truck RÜ1 was on location in Wacken and recorded the performances of the metal bands. The specification of the 3D truck you can find on http://www.live-production.tv/mobile-production/ob-trucks/topvision-hd-%C3%BC1-3d.html 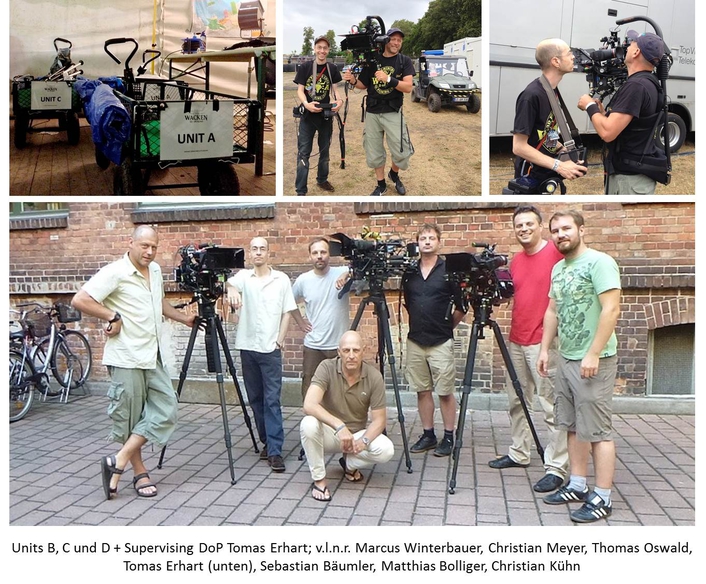 The six 3D camera teams that accompanied the spectators were 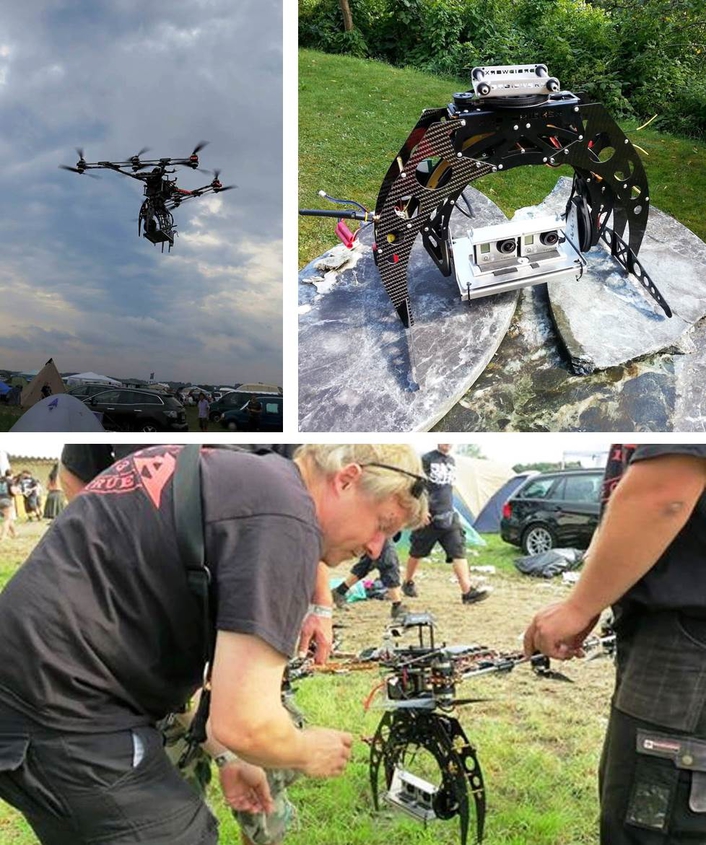 The producer and supervising DoP is Tomas Erhart, the technical director is Konstantin Tschernow.

Mobile 3D unites made by tectum
To make the mobile units possible one year of preparation was necessary. First the Panasonic AG-3DP1 was considered. But it was skipped because of the small sensor size and the large stereo base. And another problem of the camcorder already became visible in 2012 during the shooting of the trailer: The two integrated optics began to vibrate when the camcorder was close to the stage and the audio monitors.

The second approach was the use of medium-weight rigs with Red Epics. This solution indeed was realized for the first and second unit (Unit A and "Fat Pictures Crew"), however it was not possible for documentary work where you need to dive into the crowd and where you have to realize unplanned shots quickly. Therefore it was clear that small and compact units were required. 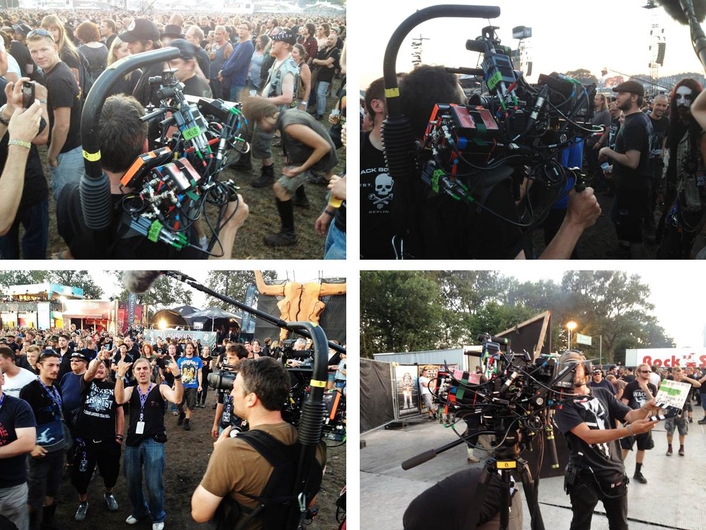 During the test phase the Berlin-based S3D and high-speed rental company tectum  - raum&zeit tested together with Tom Erhart various available S3D rigs and mini camera systems. It turned out that the most suitable system was the P+S Micro Rig together with the ModulaBaby MKII CCD cameras.

Because the recordings of the MKII CCD cameras needed to be edited together with the RED Epic material Dirk Meier from PostRepublic, defined a look that guaranteed a high contrast ratio. 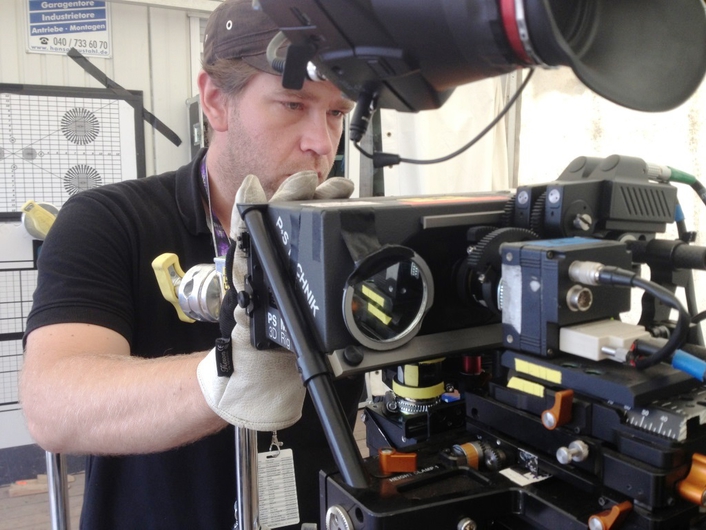 Another problem to solve was the lens and rig control. 3D suitable systems such as Aladin or Cmotion may lose RF contact from time to time or may not functioning properly due to weak batteries. Therefore it was decided to design and to develop together with Betz-Tools a new 3D-capable lens control. It was wired and of course should ensured the synchronization of the two lenses.

tectum raum&zeit worked quite close with Betz-Tools on the implementation and a week before the filming began, it was there: the “3D Betz-Schnitte”: With the help of digital motors a standard camera control now was able to control two lenses in sync. The necessary plugs all were from HiRose.

All the material was recorded on Geminis with a 10bit 4:2:2 3D upgrade. The cameraman had an additional remote switch at its handle to start Gemini. 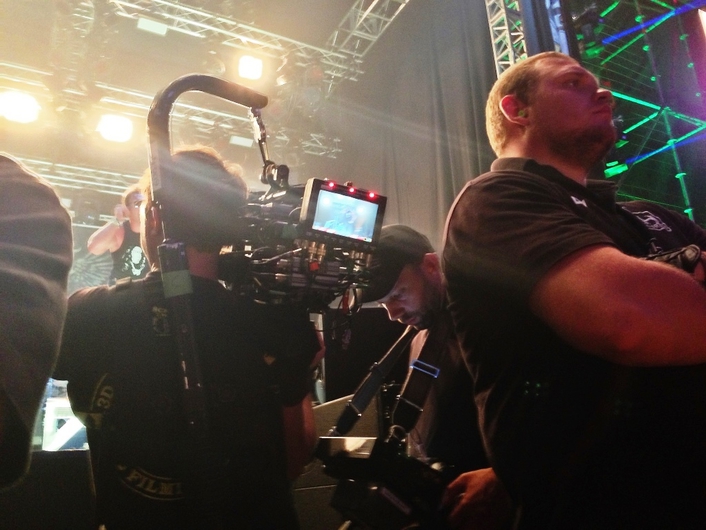 The entire system was weighting 16kg and was equipped with shoulder pads and handles from Lanparte. To reduce the load on the shoulder and to facilitate the documentary work the cameramen were using EasyRigs during the shooting. The supply of the power for the rig as well as for the control of the lenses with the “3D Betz-Schnitte” was in the hands of the camera assistant. Via a cable cameraman and assistant were connected. The 3D, focus and iris was controlled by tha assistant by the use of a 10" Transvideo monitor. The cameraman used an Alphatron viewfinder for framing.