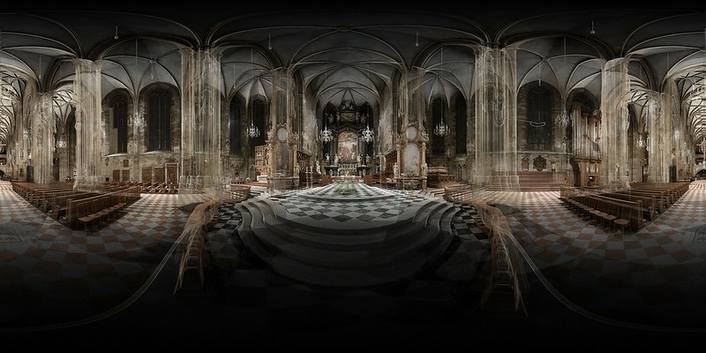 irtual reality applications are recently gaining popularity, not least due to the corona virus pandemic. In times of (post-) lockdown, it is becoming increasingly important to create new communication channels and immersive experiences that allow viewing and connecting to a distant world as if it were real—be it museum tours, concert visits or even lectures at universities. Such immersive experiences are created with the combination of ultra-high-quality video and spatial audio, together with the (remote) presentation in a large-screen immersive environment. Since 2009, the Ars Electronica Center has been offering such immersive experiences at the Deep Space 8K. Its most recent production, a virtual interactive 3D tour of Vienna’s St. Stephen’s Cathedral, will be premiered live at this year’s Ars Electronica Festival.

The Translucent St. Stephen’s Cathedral allows visitors to fly through the real-time rendered point cloud and make hold on specified points, where high resolution 360° images of the full set of more than 21 billion laser points fade in to present this beautiful church with its full potential. In this unique level of detail, the laser points, which are based on RIEGL Laser Measurement Systems’ point cloud scan of Vienna’s St. Stephen’s Cathedral, correspond to a data volume of almost 400 gigabytes. Scan data acquisition was carried out within RIEGL's longstanding and proven cooperation with the Dombauhütte St. Stephan. During only four scanning days a total of more than 1000 scan positions were recorded with a RIEGL VZ-400i laser scanner—in the church interior, in the catacombs, in the attic and on St. Stephen's Square. This innovative approach offers spectators an interactive journey through the translucent sacred building in stereoscopic 8K. 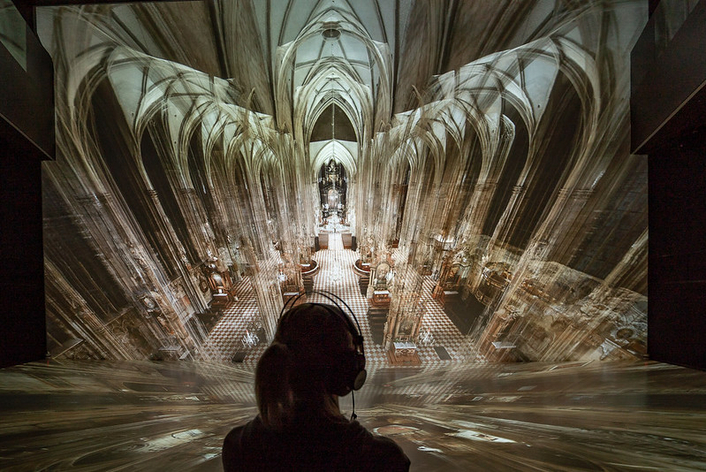 The goal is to give the audience a feeling of seeing real-time and interactive content with such a high quality that actually cannot be rendered in real-time with current or near-future hardware. This was done by combining two types of content: A high-resolution point cloud that has been pre-rendered to 360° images from various perspectives by ScanLab Projects as well as a low-resolution point cloud that is being rendered in real-time. The never-before-seen view of Vienna’s St. Stephen’s Cathedral with multiple layers of transparency will be experienceable at Ars Electronica’s Deep Space 8K in stereo. The live premiere will take place during the Ars Electronica Festival 2020 on September 12, 2020 at 4:00 pm CEST (live stream: https://youtu.be/gbHq1k1LS5E). Festival visitors will also be able to see a demonstration of thecontent in the Deep Space 8K on each festival day (9-13 September 2020). 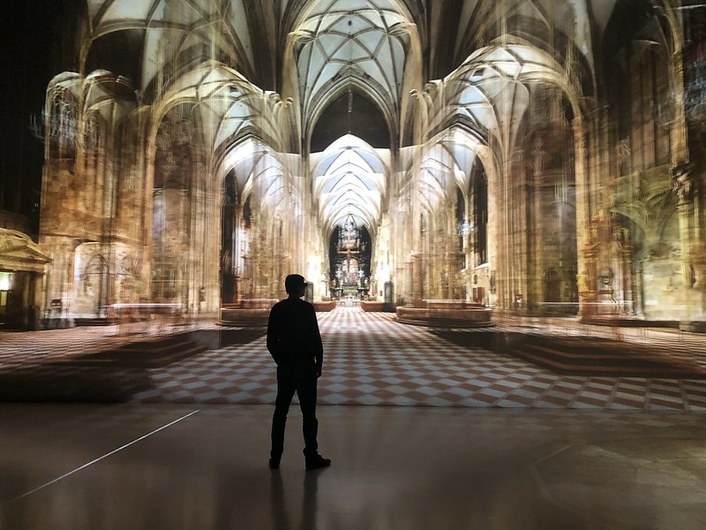 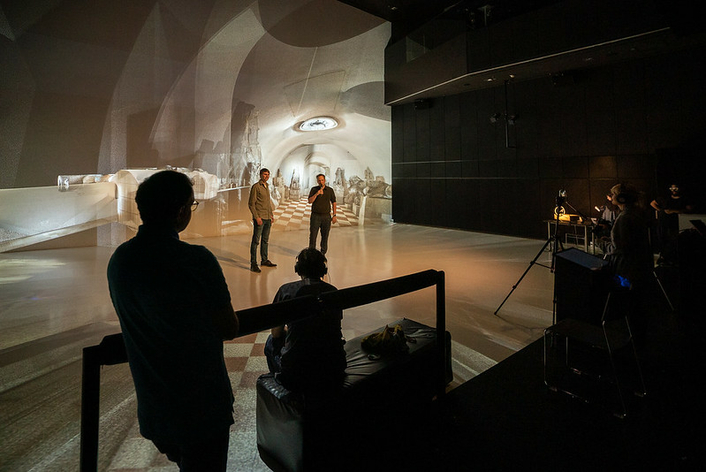