The UEFA Champions League in 3D by SKY Germany 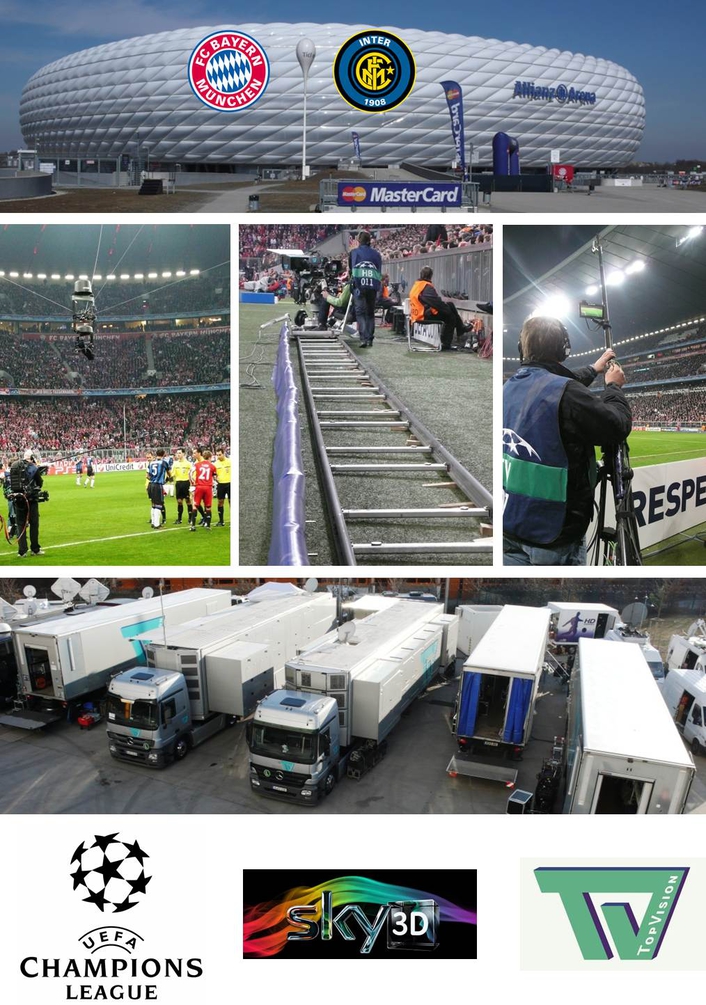 TopVision achieved a combined 2D and 3D production
One of the many highlights of the UEFA Champions League took place on 15 March 2011 in Munich when Bayern played Inter in the round of 16. Bayern's 1-0 first-leg advantage lasted just four minutes as Samuel Eto'o tucked away his eighth goal of the competition. By 31 minutes Mario Gomez and Thomas Müller had struck to turn the game on its head, giving Louis van Gaal's men a handy lead – but there was a nasty sting in the tail for a side beaten by the Nerazzurri in last May's showpiece. Wesley Sneijder's 63rd-minute equaliser set the platform for Pandev, who fired high into the net as Inter became only the second club in UEFA Champions League history – and the first in 15 years – to overturn a first-leg deficit on their travels.

And all the action in the Allianz Arena was covered in 3D by Sky Germany. Sky Germany commissioned TopVision to produce the 3D feed of the match and via Plazamedia TopVision was commissioned to produce also the 2D feed. TopVision assigned its HD Ü4 for the production of the 3D coverage and its HD Ü5 for the 2D coverage. The 3D world feed was produced with the signals of eight 3D cameras and four 2D to 3D converted camera signals, while the 2D world feed was created by twenty 2D camera signals and left eye signals from five 3D camera positions. 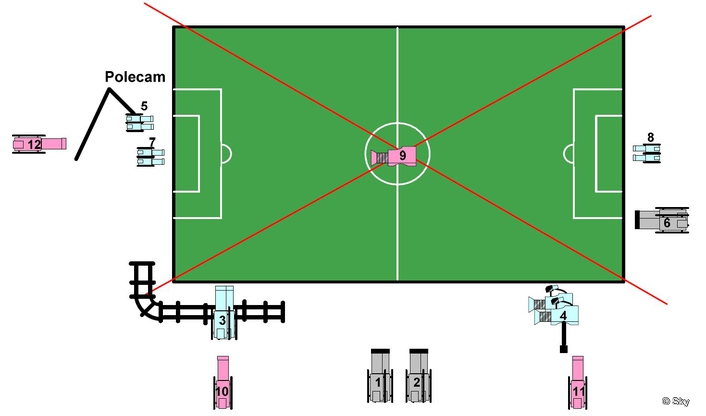 The 3D production saw the main camera and the close-up camera at the center line high, both on Element Technica side-by-side rigs. For the first time the left 3D camera position on playground level, on an Element Technica mirror rig, was mounted on a dolly running on a 15 meter rail system which was able to curve around the corner flag. The right 3D camera position consisted of a P+S Freestyle rig on a Steadicam. Behind the left goal we saw a 3D Polecam and a 3D GoalCam both with LMP HD-1200 chip cameras on LMP side-by side rigs. The same was true for the 3D GoalCam on the right side. At the 5 meter line behind the right goal we saw another Element Technica mirror rig. Another first was the integration of a Spidercam by converting the 2D signal via a MPE-200 into the 3D production. The flying camera delivered stunning images when it was traveling at about 6 meter high showing the team efforts to attack the competitors’ goal. The other three converted camera signals were coming from the two 16 meter offside cameras and the high camera behind the goal on the left side. Also available to the 3D production was the converted 2D clean feed. The investment in the rail system, with the manually moved dolly on which the Element Technica rig was sitting, immediately paid back by delivering the action on the playground in a smooth and 3D adequate manner. All the cameras on the Element Technica rigs have been Sony HDC-1500R’s while on the Steadicam we saw two Sony HDC-P1’s. 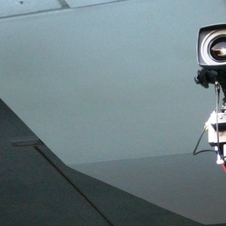 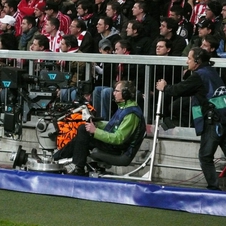 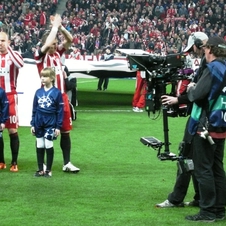 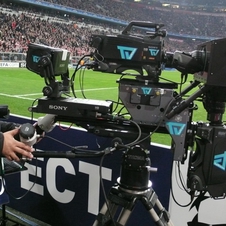 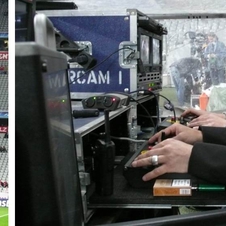 For the 3D coverage of the match Marcus Olschewski was the responsible director. He generated the 3D feed on a Sony MVS-8000 with perfectly aligned pictures coming from the convergence engineers (supervised by Richard Hingley) in the related tender truck. The 3D SloMo operator was Uwe Philippi. Markus Olschewski is quite confident on the future of 3D stating, “To tell the story of a match in 3D is much more advanced for our TV viewers then telling the story in 2D”. However 3D only took off a year ago. While many people argue that HD and 3D are markedly different and cannot be compared, distinct similarities become obvious if you spend a couple of weeks at various 3D productions: It is exactly the same as it was when HD started – all the production crews are in learning mode and in 2011 all these early adaptors will achieve the next logical step to make this business a valid business. And by the way: There are always a lot of naysayers and there were naysayers before, however all the forward thinking crews were not worried about that during the transition from SD to HD. And if you feel the enthusiasms of the stereographers, the convergence engineers, the cameramen and all the other specialists involved in a live 3D production you know it’s happening again: HD will transform to 3D. 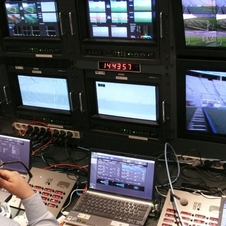 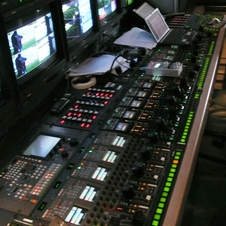 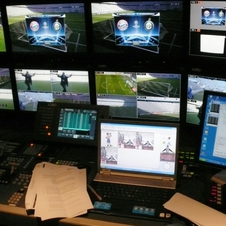 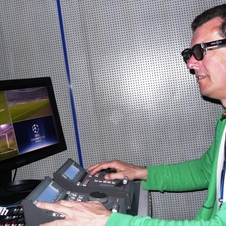 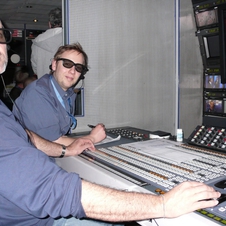 In addition to the distribution via satellite and cable to the set-top boxes at home Sky Germany was showing the 3D signal of the match also in 20 selected pubs and clubs across Germany.

FC Bayern München 2-3 FC Internazionale Milano (agg: 3-3, Inter win on away goals) Goran Pandev struck two minutes from time as the holders came from two goals down to book their place in the quarter-finals.