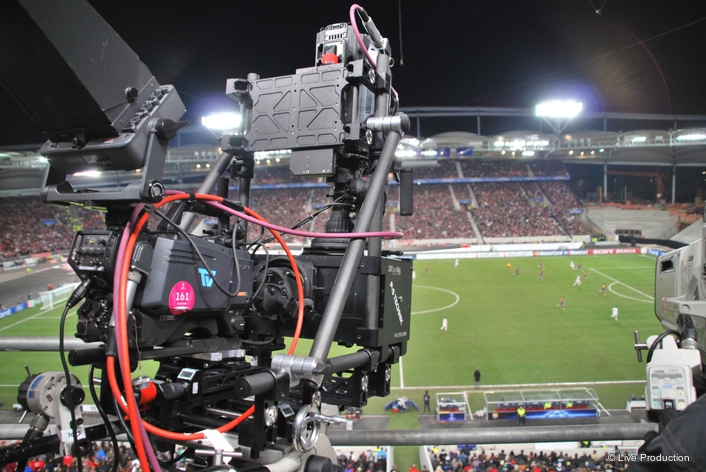 3D (stereoscopic) images are created by capturing images from the position of both the right and left human eyes. For the human brain to recognize these images as 3D, the right eye has to receive the right image, and the left eye has to receive the left image. This is achieved by using 3D shutter or 3D polarized filter glasses. For a 3D HD experience with superior impact and realism, images must be captured in high resolution. Both images must also be handled with perfect synchronization throughevery stage of the workflow, from production to recording, editing, transmitting and final projection onto a screen.

The Sony HDCAM-SR format adopted by the SRW-5800 digital recorder is ideal for 3D HD content creation. Key qualifications are its high picture quality, and its dual stream recording mode allows the recorder to simultaneously capture the images of two cameras at a very high picture quality level, making it possible for users to achieve 3D HD stereo shooting. Other 3D HD content creation products from Sony include the
MVS-8000G production switcher which can simultaneously handle data in dual stream mode, and the SRX-R320 digital cinema projector that delivers 3D HD images to a screen. 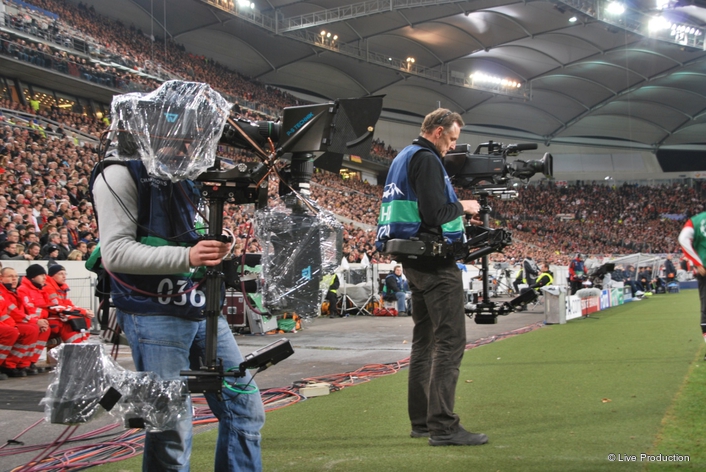 For the trials on the 23rd February TopVision used 3D HD standard and freestyle camera rigs with HDC-1500 cameras. All cameras were equipped with the high-performance HD Canon lenses. To greatly simplify the 3D HD shooting workflow, a Sony MPE-200 multi-image processor with MPES-3D01 stereo-image-processor-software was on location. The combination of the MPE-200 with MPES-3D01 software enabled the production crew to analyze the 3D HD images and make fine adjustments, e.g. 50% mix, above/below, anaglyph, difference, and side-by-side comparison were provided. The mixing of the 3D HD camera signals was carried out on the MVS-8000G production switcher. The installation of a 3D HD software update enabled the switcher to handle 3D HD signals easily without complex link settings. Cross point assignment for the right and the left eye signals were set as a pair of signals, however the parallax value of the signals could be adjusted independently. For the 3D HD graphics Vizrt supplied a 3D HD Engine charactor generator with software V3.2 including an operator. On the output of the switcher the right eye and the left eye images were streamed in full HD 1920 x 1080 to 3D HD monitors. For 3D HD monitoring LCD panels from Hyundai and ASTRO were tested. These professional monitors incorporate a micro-polarizer screen attached to the LCD panel and are supplied with passive glasses. Thanks to these lightweight circular polarizer 3D system glasses, the crew could view excellent flicker-free 3D HD images which helped them to carry out the 3D HD production with less stress. 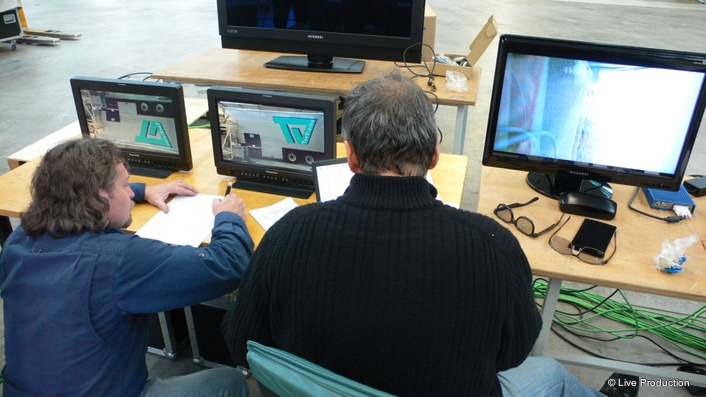 Monitoring of the 3D HD Signals

On 14th March 2010 Sky Germany has shown the Bundesliga top-game to a selected audience in 3D HD. The production again was carried out by TopVision after the successful 3D HD tests at the Champions League Game. The 3D HD signal was produced with nine 3D HD camera pairs. Only the camera pair one was positioned high, all other camera pairs were positioned at play ground level and delivered stunning pictures of the actions between the teams of Bayer Leverkusen and Hamburger SV. The similar stunning 3D HD grafics was provided by a Vizrt 3D HD Engine which TopVision has bought immediately after the trials in Stuttgart, but this time it was operated by the TopVision crew in Levecusen.

After the first HD transmission of a football Bundesliga game produced with a TopVision HD OB Van on 3rd Dezember 2005, this was another first for Sky Germany, this time in 3D HD. The future will show how other sports will adapt 3D HD and when we will see first 3D HD productions of basketball, handball, tennis or boxing. With the experience gathered at the production of the two football games, TopVision is ready to transfer its solution know how also to other major live sport events, live concerts and important shows. 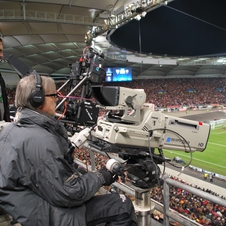 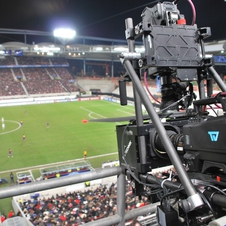 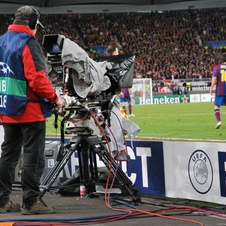 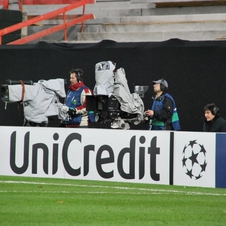 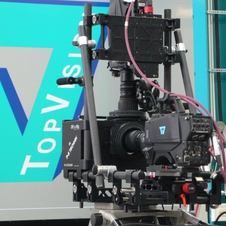