Slugging it out with its Korean arch-rivals for 4KTV dominance, Sony has unveiled its latest BRAVIA 4K Ultra HD TVs, designed to enhance image quality and provide expanded access to content.

The new line of sets was built with a new 4K Processor X1 which, says the CE giant, further advances the colour accuracy, contrast and clarity of the Sony 4K viewing experience. The new XBR X900C Series features a new ultra-thin floating style, making it Sony's thinnest TVs yet with almost edge-to-edge viewing.

The new models range in size from 43" to 75" and include four new series and ten new models. Claiming to be the industry leader in 4KTV picture quality, Sony said that its commitment to developing technologies to enhance the viewing experience is showcased in its new line-up, with the processor built to enhance colour, contrast and clarity while improving the streaming quality of images that 4K/Ultra HD content providers supply.

Combined with the 4K X-Realit PRO upscaling algorithm technology, Sony insists that its TVs will analyse and upscale 4K resolution, providing the best image quality regardless of the image source. The screens offer 3,840 x 2,160 4K resolution and also include TRILUMINOS display to reproduce accurately shades of red, green and aqua blue. The sets will also be equipped with the X-tended dynamic range contrast enhancement to provide peak brightness of LED as well as deeper blacks that Sony asserts has previously only associated with plasma TVs. 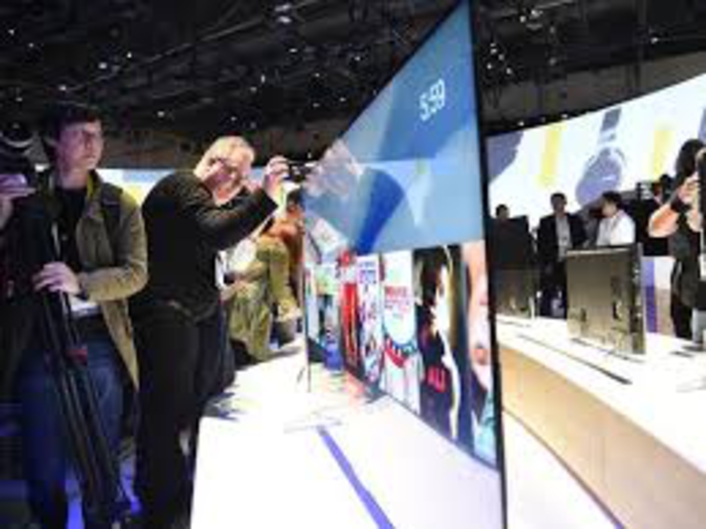 "With content being sourced from broadcast, Blu-ray, DVDs or even low-resolution Internet videos, we designed these televisions to upscale to 4K resolution so that consumers can get the highest level viewing experience possible," commented Toshifumi Okuda, Sony Electronics deputy president. "Sony's reputation for developing the best picture quality continues with these new products that provide consumers with greater access to what they want to watch, play and hear."

For the first time, the Sony TVs will support Google's Android TV operating system, making it easy to stream video. With access to Google Play, consumers can enjoy what they like to do on a smartphone or tablet, from their television. Additionally, Google Cast functionality will enable users to cast content from devices in a similar way as is done with Google ChromeCast.