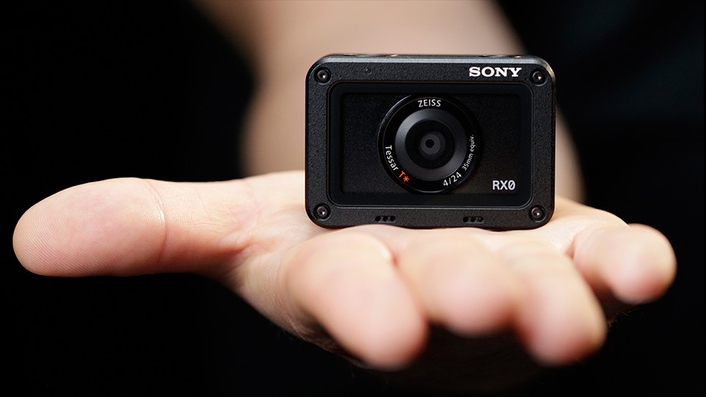 Introducing multi-unit, multi-view shooting to create a new imaging experience that has never been seen before: Taking hallmark RX image quality into places where no other camera dares to go

Sony announced a new type of camera which enables entirely new imaging possibilities, and inspires an unprecedented scope of expression from all who take it in hand. The RX0 (model name: DSC-RX0) marries the hallmark leading image quality of the Sony RX series with advanced photo and video capabilities, all compressed into a robust and ultra-compact body. 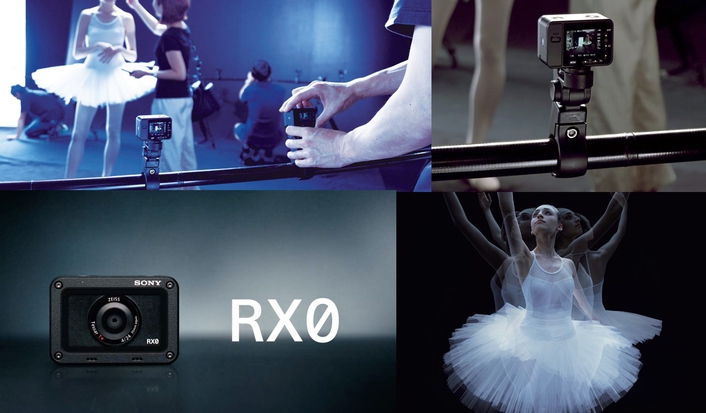 Designed to facilitate creative photographic and videographic expression beyond current limitations, RX0 is equally adept at shooting still images, filming video or can be used as part of a multi-camera set-up to create an inspiring series of images, videos and super slow motion footage from a multitude of different perspectives. Its miniature dimensions and all-around versatility maximise freedom to tackle photographic and videographic challenges in new ways, always with the assurance of high quality results.

Weighing just 110gand measuring 59mm x 40.5mm x 29.8mm (WxHxD) RX0 redefines how small and light a premium compact camera can be. It can be used as a standalone camera for capturing photos or videos in any shooting conditions including the rain, underwater, or in sandy or dusty environments and is equally adept as a part of a multi-camera setup to shoot subjects from a variety of different viewpoints.

In addition to conventional bullet-time and time-slice shooting, the RX0 multi-camera shooting solution opens the door to a new world of imaging opportunity and can be organised in a number of different ways. Sony’s wireless radio commander, the FA-WRC1M can be used to trigger up to fifteen RX0’s. The PlayMemories™ Mobile app allows up to five RX0 models to be connected wirelessly and the perfectly balanced form factor means that units can easily be secured in tough shooting positions to capture incredible new perspectives. A wireless multi-camera shooting solution capable of connecting further RX0 units when an access point is usedis currently being developed and will be released in January 2018 via a firmware update. For users looking for a more reliable wired connection, a camera control box is also being developed and will be released in January 2018. 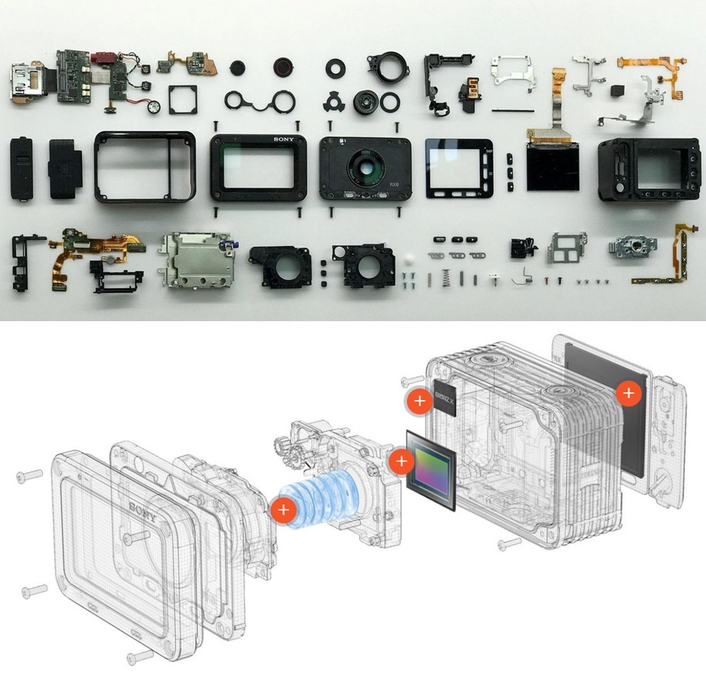 RX0 is packed full of advanced Sony technology and features a 1.0-type stacked 15.3 MPvi Exmor RS CMOS image sensor, BIONZ X® processor and a wide-angle ZEISS® Tessar T* 24mm F4 fixed lens to deliver high resolution and less distortion results for both RAW and JPEG stills and across all supported video formats. It has an Anti-Distortion Shutter of up to 1/32000 second and can shoot at up to 16 fps, meaning that even fast moving objects are beautifully and accurately rendered. For those looking to capture the decisive moments of daily life, the compact nature of RX0 means that usage is as unobtrusive as possible, thus maximising the possibility for natural, high quality shooting.

RX0 is waterproof at depths of up to 10 metres and when used with the new MPK-HSR1 Housing, can be used down to a staggering 100 metres depth.It is shockproof when dropped from up to 2 metres and crushproof to 200kgf / 2000N, making it durable enough to withstand shooting in difficult situations where traditional cameras simply cannot go. Users can now produce content that simply has previously not been possible and the rain, sand and space-limited or dusty environments are no longer a barrier.

The RX0 was conceived as a camera that is just as useful to the videographer as the photographer and this spirit manifests itself with a host of creative video features delivering stunning video results. For those who want to incorporate super slow motion footage, the RX0 offers the opportunity to shoot at up to 1000 frames per second, offering the opportunity to transform even the most mundane moment into something spectacular. For production flexibility, you can use 4K clean HDMI output to record uncompressed video to an external recorder. With both MF Assist and Peaking Functions, the focus can be precisely adjusted to your exact specifications and Picture Profile options and S-Log2 offer creative freedom to deliver the end result that you envisioned in your mind. Time Code / User Bit features provide an essential tool for multi-camera shoots in particular, making the editing process a much easier experience, and Preset Focus options add a true element of control to a shoot. 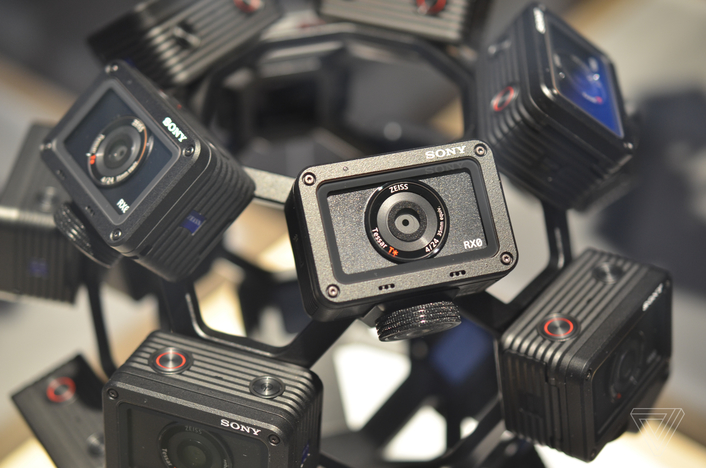 To maximise the potential of RX0, a host of new accessories to support new ways of shooting have also been launched. These include the VCT-CGR1 Cage for increased system flexibility, the MPK-HSR1 Housing, enabling the RX0 to be taken down to depths of up to 100 metres underwater,xvi the CPT-R1 Cable Protector, VF-SPR1 Spare Lens Protector, VFA-305R1 Filter Adaptor Kit which includes filter adaptor, lens hood and MC protector, NP-BJ1 Rechargeable Battery Pack and ACC-TRDCJ Accessory Kit. 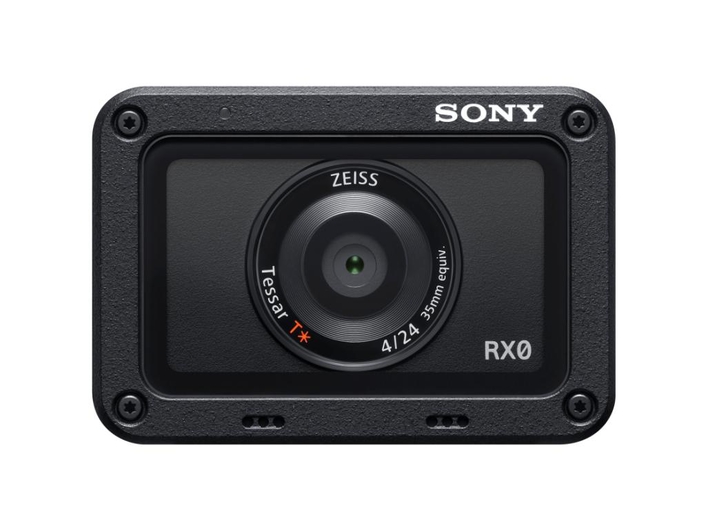 RX0 will start to ship in Europe in October 2017, priced at approximately €850. Full technical specifications can be viewed here. Pricing and availability of the new accessories can be viewed on your local Sony website.