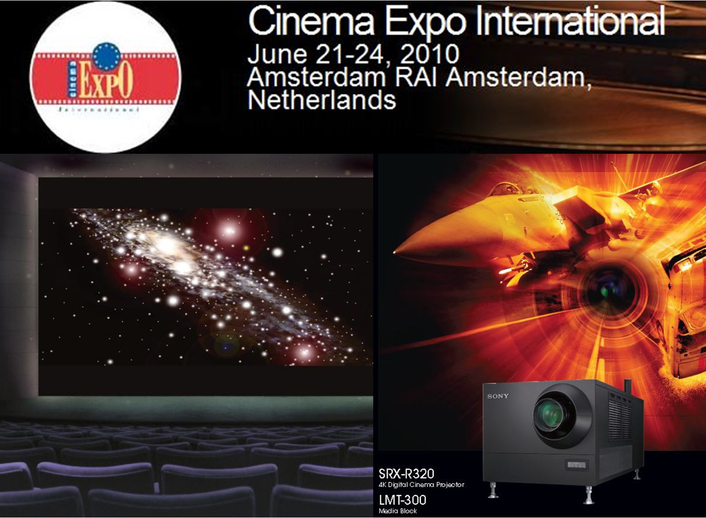 Industry awareness and demand for 4K has increased with motion picture companies including Sony Pictures and Warner Brothers keen to showcase movies at the maximum level of resolution as stipulated by international digital cinema standards.

Attending the event, Sony Professional will be present on stand 327 and not only show the latest line up of digital cinema products, including the Sony STM-100 Theater Management System and CineWatch-remote-monitoring, but also digital signage solutions from the Ziris range, which takes the experience quality of lobby displays in cinema to a new level. Furthermore, experts from Sony Financial Services will be available to explain all details of Sony’s offerings to support 4K and “3D on 4K” technology deployment.