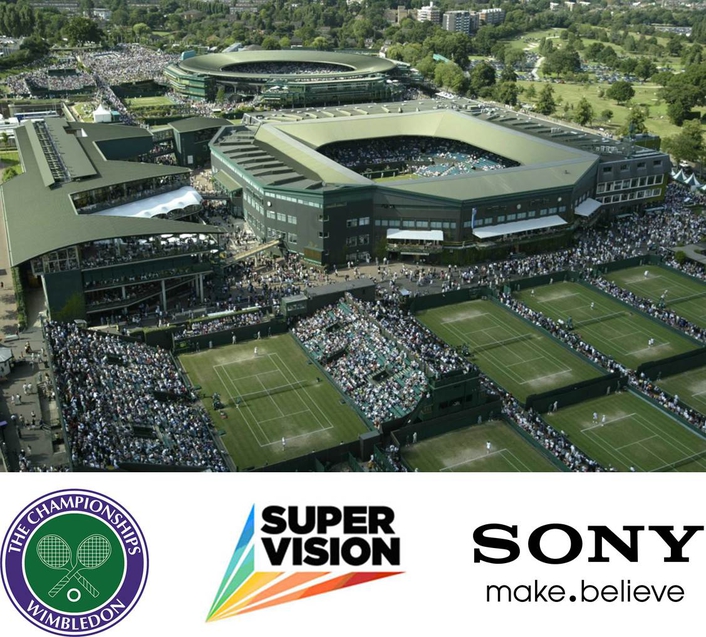 Sony's unique 3D technology brings the world famous Wimbledon Lawn Tennis Championships to sports fans in High Definition 3D
For the first time ever, the finals of Wimbledon, the premier tennis championship in the world will this year be filmed in 3D and screened live in High Definition 3D to 3D capable cinemas around the world. The live 3D production, in partnership with the Wimbledon host broadcaster the BBC, will also be offered to interested global broadcasters.

Sony and The All England Lawn Tennis Club today announced their official supplier partnership to bring Wimbledon in 3D to suitably equipped cinemas around the world, offering the perfect opportunity for fans to experience the Championships like never before in a completely new environment, while retaining all the excitement and atmosphere of the famous Centre Court.

Sony will produce the men’s semi-finals, finals and women’s finals in High Definition 3D as the official supplier of the Wimbledon Lawn Tennis Championships. To bring the excitement of 3D tennis to interested 3D cinema chains worldwide, Sony will work with SuperVision Media, their theatrical distribution partners.

The 3D production will also be offered to interested global broadcasters seeking unique and compelling content for their 3D channels. The two parties will also seek further possibilities to deliver 3D tennis to a much wider audience over time.

Sony is uniquely placed to capture and broadcast the finals of the Wimbledon Championships in Live 3D, bringing the exhilaration and atmosphere of Wimbledon to a larger audience than ever before, with every forehand, smash and volley yours to appreciate in stunning 3D reality.

Fujio Nishida, President of Sony Europe commented, “We are delighted to be working with the All England Lawn Tennis Club to bring such a high profile sporting event to consumers around the world in 3D. Watching tennis in High Definition 3D is a stunning experience, bringing the speed of the action and the emotions of the occasion to life; it is as close to the atmosphere and excitement of Centre Court as actually being there. With the Live 3D Wimbledon experience available in 3D cinemas across the world, many more people will be able to enjoy one of the world’s most iconic sporting events as though they were actually at Wimbledon.”

Ian Ritchie, Chief Executive of The All England Lawn Tennis Club, said, “Wimbledon is renowned for its heritage and sense of tradition. At the same time we are always looking for ways to improve the presentation of The Championships by successfully blending that tradition with innovation. We are delighted that our 3D partnership with Sony will not only guarantee we are at the cutting edge of live sporting television, but also deliver a compelling new viewing experience for our global audiences, especially amongst our younger supporters.”