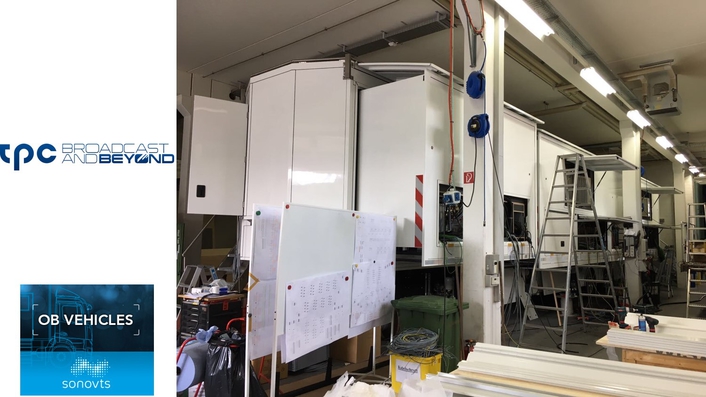 sonoVTS, the Munich-based provider of System Design and Integration; Equipment Rental and Operations; Service and Consulting and distribution of professional products, is nearing completion of what will be the industry’s first pure all-IP OB truck, supporting uncompressed HD and UHD signals over IP based on the SMPTE ST 2110 standard.

According to sonoVTS Head of Business Development Manager Toby Kronenwett, “tpc really wanted to build a truck that is on the edge of what is technically possible. It’s been a very exciting project for us, for tpc, and for other manufacturers involved. But it’s not been without its challenges, the primary one being that it was completely new territory for everyone.

“Almost everything is different in an IP world. Just one example of many is that because switches are moving enormous amounts of uncompressed data, they get quite hot, so a completely new cooling system had to be designed.”

The extremely high data rates processed within UHD1 equate to approximately 12GB/s for each 4K signal. Among other manufacturers, sonoVTS worked with Imagine Communications, who developed and provided new interface protocols and the core infrastructure to handle up to 100GB/s. Until now, no one had seriously tackled how to handle such rates.

“Although the general work spaces within the truck are somewhat similar, the infrastructure required for an IP-based workflow is radically different,” added Kronenwett. “It’s challenging to plan such a truck because the planning necessarily runs ahead of the technology, but the technology is changing, too, and sometimes goes in a different direction, which may require the planning to be revised, or completely changed. We had a few ‘point of no return’ moments, which is not unusual for any project, but the key was to do a lot of parallel planning with different technical solutions to ensure that construction progress was not delayed, whatever the final decision.” 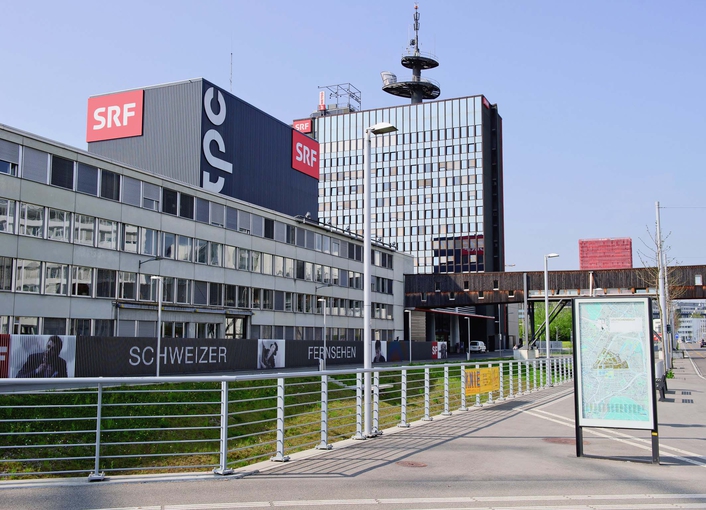 Innovation was also fundamental to the project. As a display manufacturer with its HDQLINE, sonoVTS had to design and build displays – more than 50 overall for the truck – that had 4K IP inputs, which had never been done before. Similarly, manufacturers such as Imagine Communications, Lawo, Sony, and StageTec had to come up with new ways of doing things.

Kronenwett concluded, “This truck will be a permanent part of tpc’s fleet and will be in use every day for a wide range of events including sports, news, and entertainment across Switzerland. The experience gained not only in the design and build, but in the actual deployment, will feed directly back to everyone involved and be invaluable to their ongoing business and technical development aims. Due to its full IP nature, UHD1 is truly a multipurpose truck.”

UHD1 is scheduled for final commissioning in early October 2017 with its first productions anticipated for the beginning of 2018.