Some Reasons to Choose the PWS-4500 4K Live Server 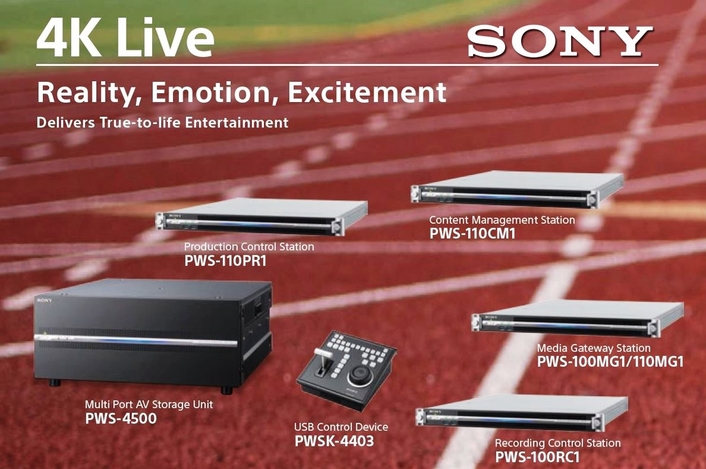 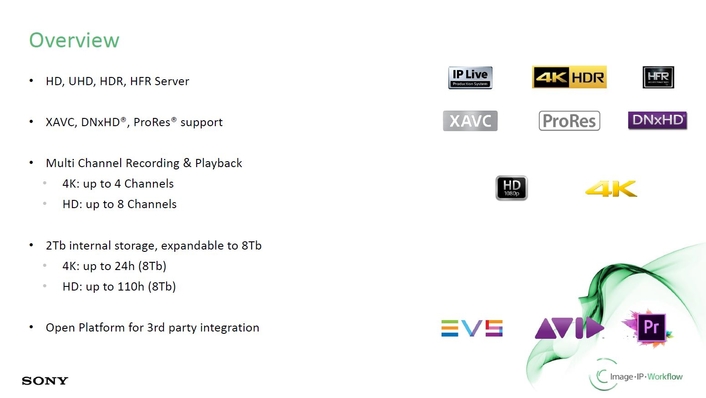 Record up to four 4K channels or eight HD channels
Configure the PWS-4500 to meet any live production needs. In standard form, the server can record four HD channels. Add optional expansion boards and capture up to four simultaneous channels in 4K Ultra HD – or up to eight simultaneous Full HD channels. 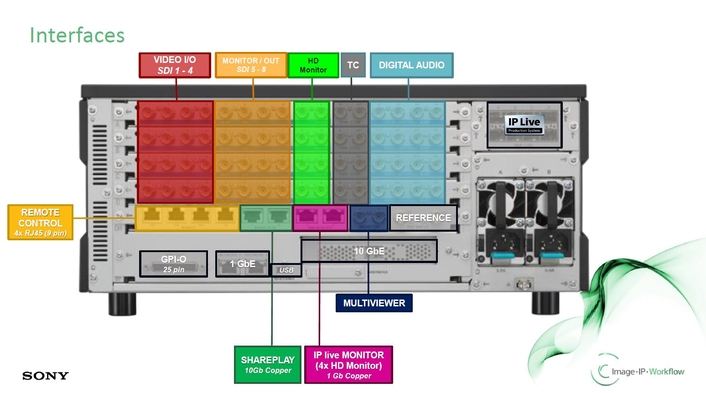 Super slo-mo replay
A great choice for live sports production, the PWS-4500 supports all High Frame Rate standards, from 3x up to the new 8x speed and 4K 2x. So now you can record HFR feeds from our live camera systems, for instantaneous replay in silk-smooth slow motion. 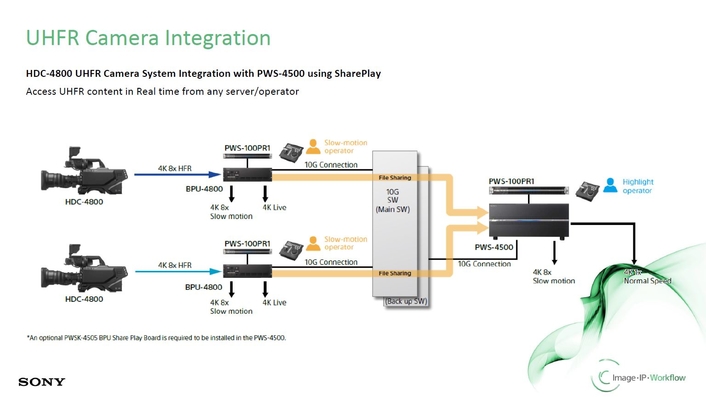 Efficient file sharing, smoother workflow
Clips recorded on the PWS-4500 can be shared with up to ten connected servers over a 10 GbE network using the new Share Play feature – with no need to push or pull clips between different servers. For example, a PWS-4500 server operator can directly view other network servers’ clips, and playback and output any of these clips from their own local server. 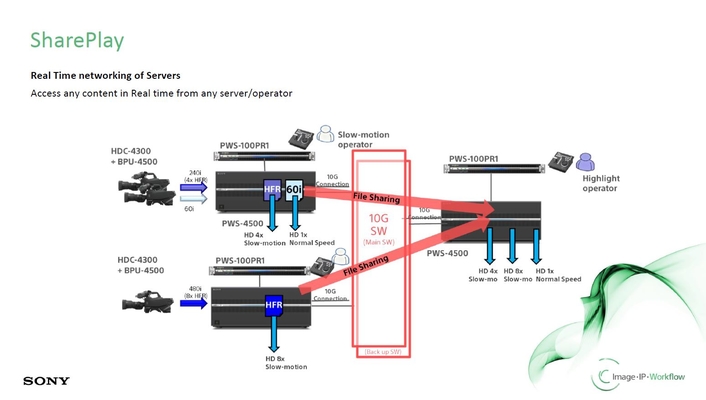 Fast, flexible archiving
Add the PWS-100MG1 Media Gateway to create workflows for archiving files recorded on the PWS-4500 to networked storage, removable media such as USB HDD or Sony’s Optical Disc Archive. Two 4K streams can be backed up over a 10GbE network in real time. There’s also an option to transcode from and to multiple formats such as XAVC HD MXF, XDCAM MPEG or Avid DNxHD® while archiving and retrieving files. 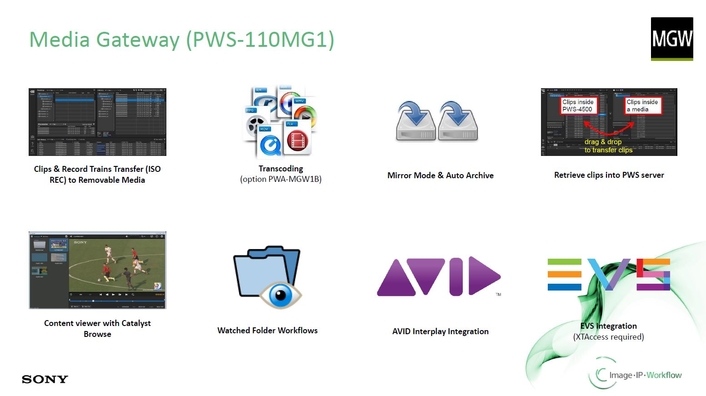 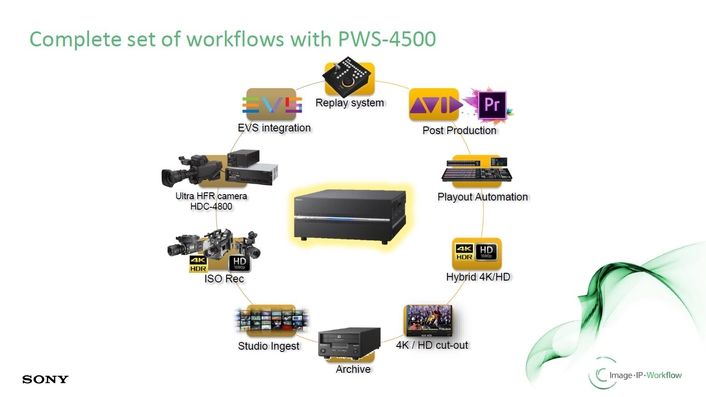 HD cutout from 4K
Included in the 4K option, the PWS-4500 allows Full HD pictures to be cut out from up to three recorded 4K sources. Each cutout sequence uses key frames referenced to timecode, position and zoom level for fast, intuitive and creative operation. Better still, no extra hardware’s needed. 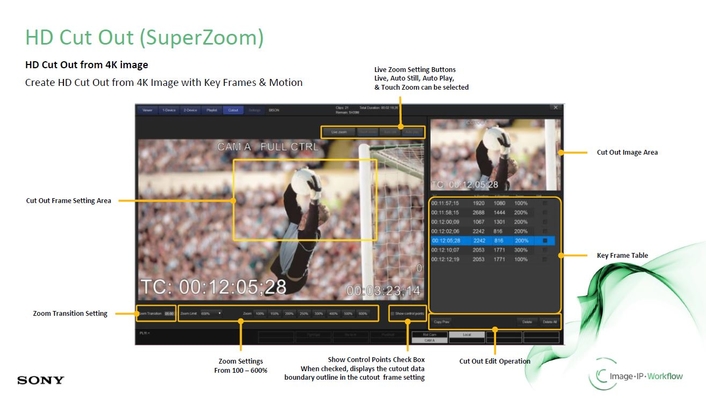 With the recent software version up, V2.2 and V2.3 (available June 2017), the PWS-4500 has been enhanced with the following features/function.