Sky in 3D HD: about 120 inspired guests at the German 3D HD premiere 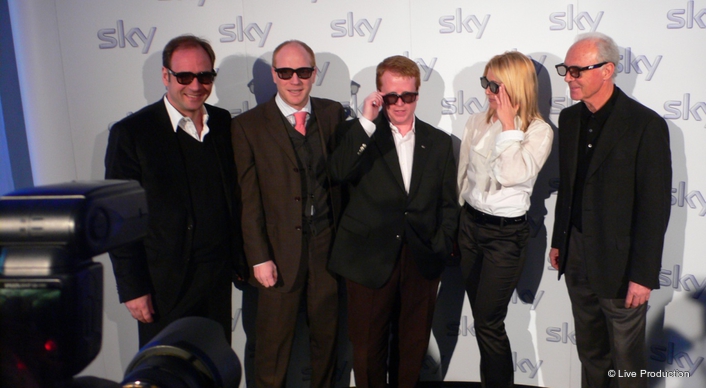 Again we have written TV history

Brian Sullivan, Deputy CEO of Sky Germany stated: “HDTV is offering our viewers undoubtedly the most exciting TV experience. But today we have written history: At this memorable evening we have seen what will be possible with HDTV in the future. 3D is the HD experience of the future and the logical next step of HDTV. As the TV innovator in Germany and Austria we are proud to be the first showing a live 3D HD production in Germany.”

We are at the dawn of a new TV area 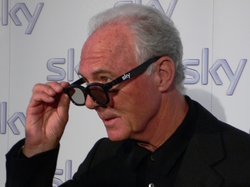 Franz Beckenbauer: “The pictures I have seen here today are fantastic. In my age I already have participated in many TV developments and I am sure that with 3D HD we are at the dawn of a new area in TV technology.” Although 3D HD is still in the future, but if 3D HD is arising the Sky HD customers are already prepared: With all the current Sky HD receivers the Sky subscribers can receive future 3D HD offerings. The game was produced in 3D HD by DFL and Sportcast using equipment provided by the production company TopVision. In parallel to the standard HD production TopVision has supplied and operated nine 3D HD stereoscopic camera pairs to produce the 3D HD signal. The live editing of the 3D HD signal was directed by Volker Weiker and commented by Kai Dittman wearing 3D glasses. After the first HD live transmission (also in cooperation with the production company TopVision) on 3rd December 2005 Sky Germany again has written history with the transmission of the first 3D HD production in Germany.