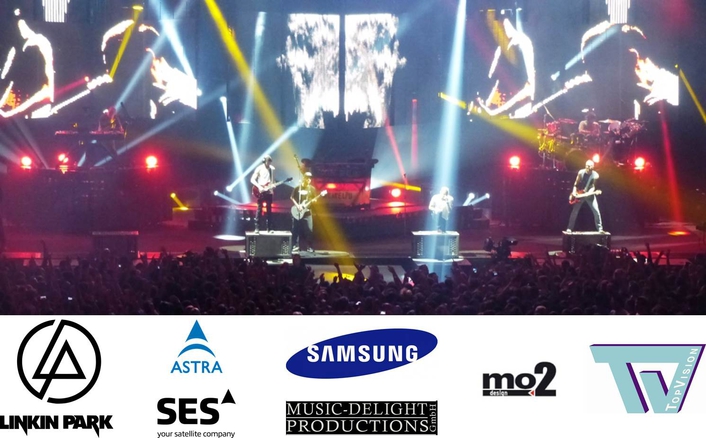 Linkin Park Gig from O2 World Berlin Live to Your Living Room
Samsung had teamed up with SES to transmit the concert of US rock band Linkin Park from the O2 World arena in Berlin on November 19 live in UltraHD on Astra 19.2 East. The world’s first 4K live production and transmission with 12 cameras was carried out by Music-Delight Productions with the support of mo2 and TopVision.

In early November research specialist GfK reported that sales of 4K/UHD TVs in the period January-October in the UK, France, Germany, Italy and Spain have exceeded 300,000 units. And the public is seemingly enthusiastic about buying large screen units. In September, 40 % of TVs in screen sizes 50-59” sold were Ultra-HD, and this continues to rise. The equivalent figure in 60”+ TVs for September was 57%. UHD is fast becoming the standard for these sizes. Today there are more than 50 models available and this number will grow in the build-up to Christmas. 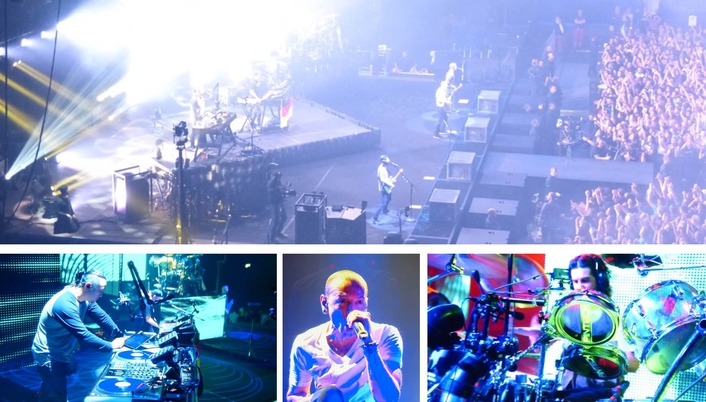 More than one good reason for Samsung to partner with SES Astra and to initiate a world’s first: The 4K live production of the Linkin Park gig at the O2 World Berlin on 19 November! The sold-out concert was transmitted on the UltraHD demonstration channel on Astra 19.2 East with a data rate of 35Mbps. DTH satellite households with Samsung UltraHD TV sets from 2014 were able to receive the concert live through the integrated DVB-S2 digital receiver and H.265/HEVC decoder. Samsung UltraHD TV sets from 2013 could be upgraded through the UltraHD Evolution Kit. 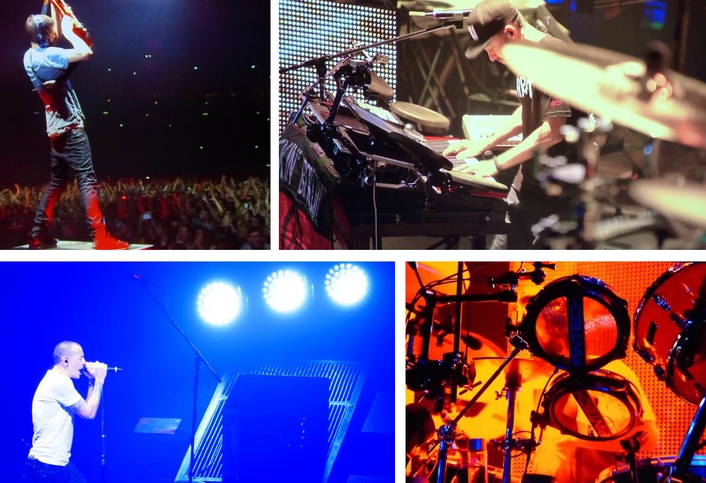 So far 4K tests have mainly involved broadcasters filming live sporting events. Sky, Sony and the BBC have all shot Premier League and Champion League football games, Wimbledon finals and more recently the 2014 World Cup in Brazil, the Ryder’s Cup in Gleneagles and the ATP finals in London in Ultra HD. Also the MUSE gig at the Olympic stadium in Rome was recorded in 4K and finally released on BluRay disk. Therefore the 12 camera 4K production of the six-piece band, fronted by the heavily-inked Chester Bennington, and the live transmission to the UltraHD community in Europe within the beam of Astra 19.2 East was the next logical step towards a UltraHD infrastructure - and it was carried out perfectly and showed the potential of the format.

The O2 World in Berlin was sold out

Three weeks prior to the Berlin gig Gerd F. Schulz of Music-Delight Productions and DOP Manfred “Ollie” Olma of mo2 visited the Linkin Park gigs at Oberhausen and Cologne and wrote down a 12 camera production plan. They then approached TopVision who brought together 11 PMW-F55 4K cameras and the Toshiba 4K mini camera. TopVision also prepared his HD Ü2 for the 4k production by installing a Sony 84” 4K production monitor together with a Samsung 63” UHD display in one of the production areas to allow comparison of the 4K production Signal with the UHD signal received from the satellite. Also the camera shading area and the main production area were upgraded with 4K PVM-X300 monitors.  TopVision also was able to source three PWS-4400 4K storage units for the recording of 10 camera signals and the program signal for a future post production with the target to release the gig on BluRay. 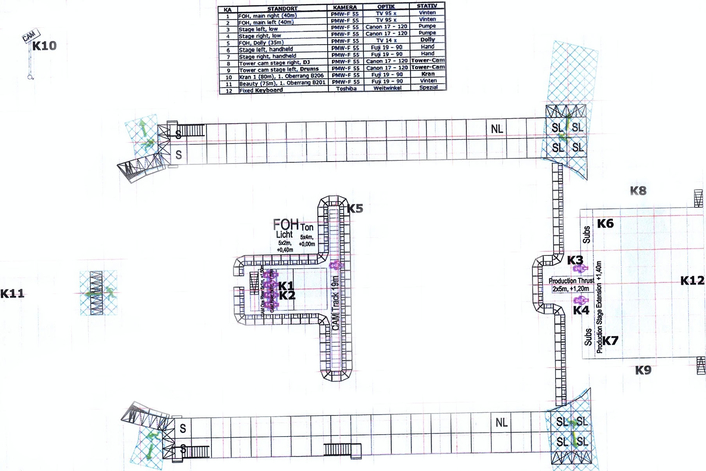 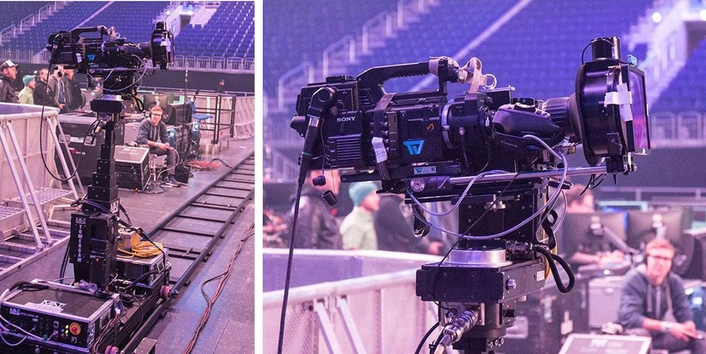 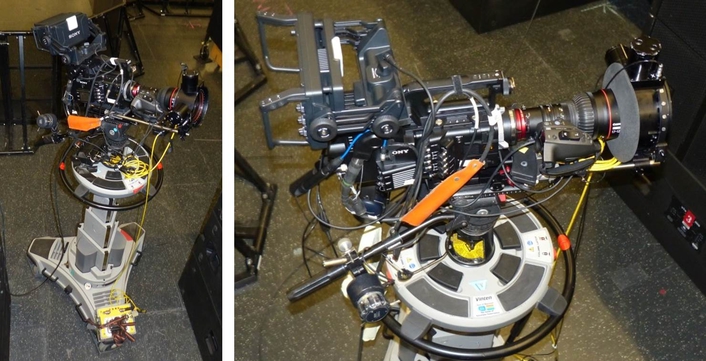 One of the 4K Cameras in Front of the Stage (K3)

One of the Handheld Cameras on Stage (K6)

On the day of the event Linkin Park explained to the 4K camera crew that they not expect the plain filming of their event with the 12 cameras - however they expect to see the energy and the power of their music being reflected in the coverage. For that reason they had flown in one of their favorite DOPs from Los Angeles with a set of various accessories ranging from lens shakers to specialty filters. They also created some of the filters by themselves by cutting off the bottom of plastic water bottles and used them as effect filters. A further wish was the inclusion of one of their camera man into the production team and to operate one of the handheld cameras on stage (K6). Finally Linkin Park advised the other camera men that they should not be astonished if someone is using a flashlight to shine into their lenses. All this led to some amazing effects which enhanced the filmed live performance of Linkin Park for the spectators on the 4K TV sets. 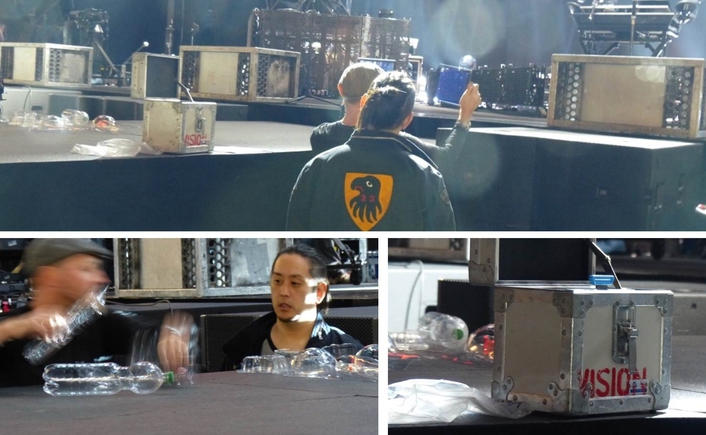 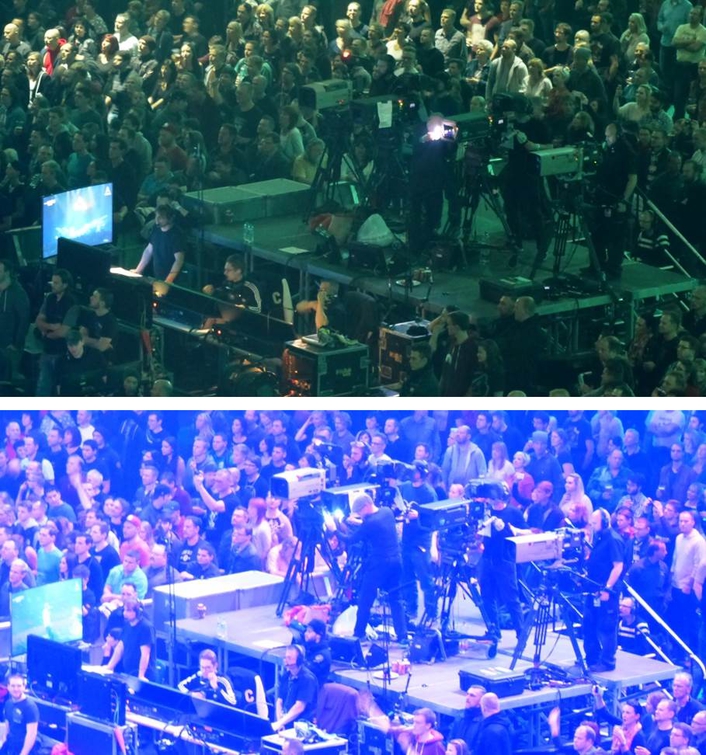 The Effect with the Flashlight shining into the lens 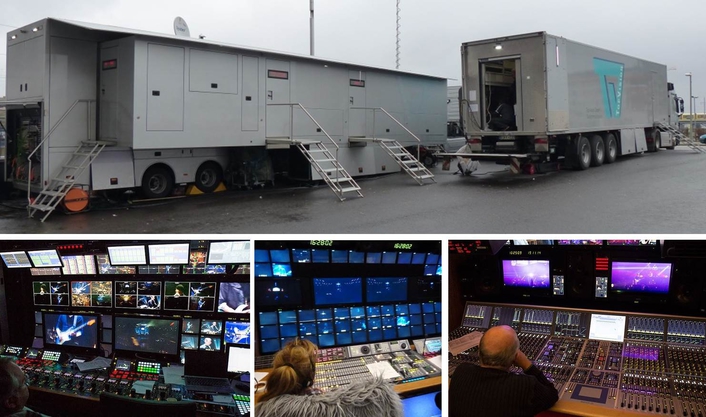 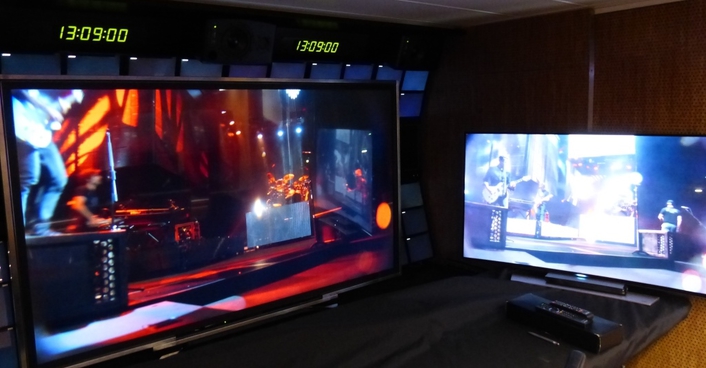 Program on Production Monitor and on UHD Monitor

The program mix of the 12 cameras was send via a 12 GBit/s fiber line from Berlin to the Astra playout center in Unterföhring by Munich. There the signal was compressed to 35Mbit/s and send via copper cable to the Astra uplink center in Betzdorf where it was rendered to HEVC/H.265 and send to Astra 19.2 East for distribution to the growing UHD community in Europe with a resolution of 3840x2160 pixel. Despite the quite high effort for encoding the delay between the event at the O2 World in Berlin and the UHD TVs in the Astra receiving pattern was only 7 seconds. 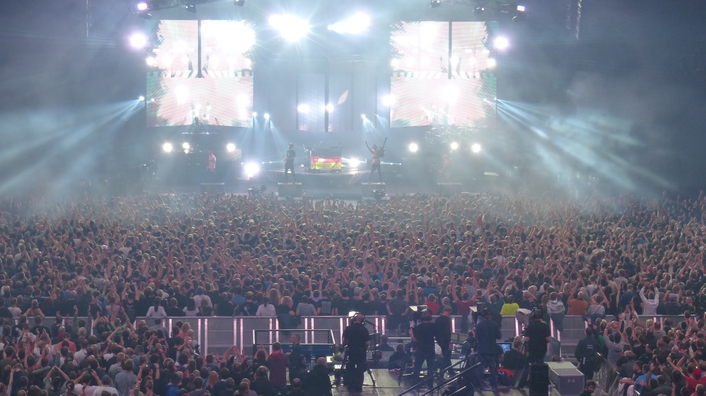 View from FOH to Stage

Samsung, Astra, SES, Delight-Music, mo2 and TopVision have proven that a demanding 4K live production/transmission of a world famous rock band like Linkin Park now is possible. The energy in the images (demanded by Linkin Park) was visible and tangible with some exceptionally examples like the drum solo of Rob Burton. 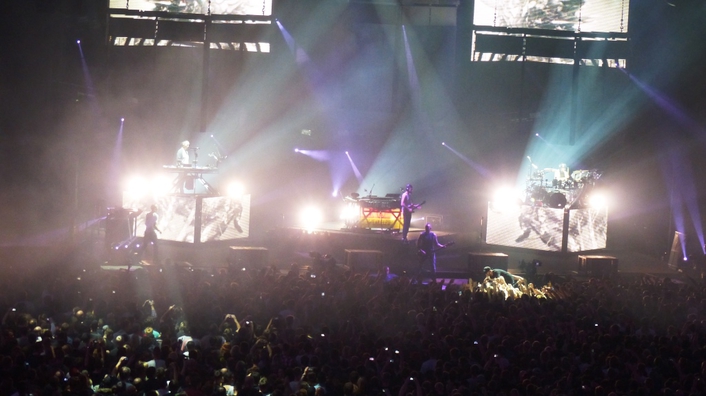 Linkin Park Performance at the O2 World in Berlin 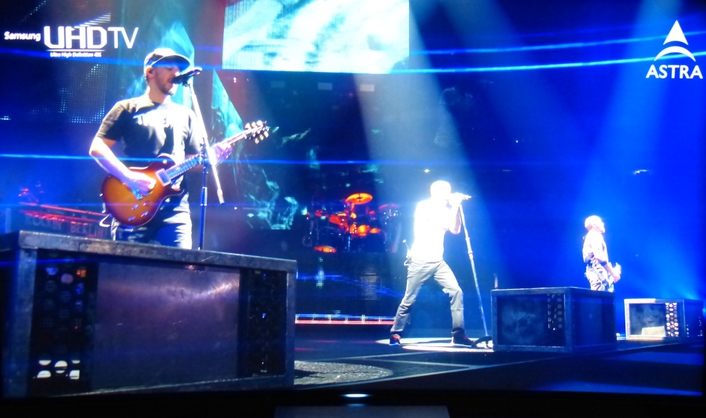 The Energy on Stage is visible in the Images

TopVision HD Ü2
EVS Successfully Trials 4...lays Semi-Final in Munich
The Closest You Can Get To Real Life Now Is Live