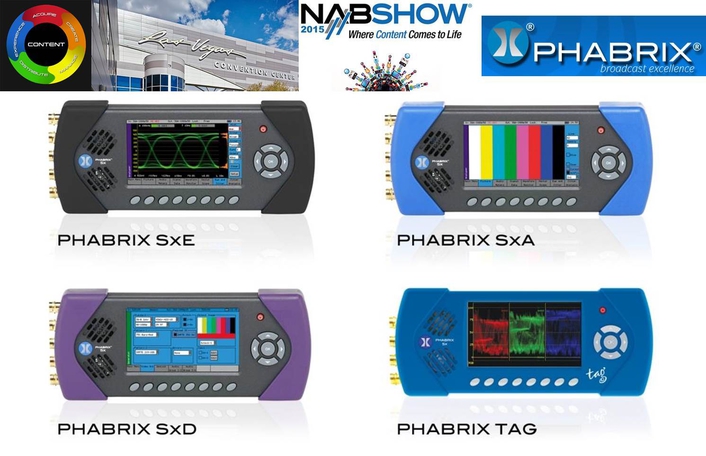 .
PHABRIX continues to release innovative new products and with the introduction of the Qx supporting 4K UHDTV up to 12 Gbps, this year’s NAB is no exception. Designed as a complete solution for testing the new UHDTV formats, the Qx delivers its power due to the extensive research and application of the latest FPGA’s available, many of which have only just been made available.

The key differentiator of the new instrument is its ability to offer both video and audio support along with 12G physical layer analysis (eye and jitter) needed to test UHDTV1 and UHDTV2 infrastructures. Timing is important in this domain and along with a comprehensive solution across standards, the Qx provides VANC and ANC data, SDI data view, an inbuilt generator and full gearboxing between standards. Support for Higher frame rates and HDR are all part of the new technology. The interface choice includes BNC and dual SFP for optical or 10G Ethernet. Positioned as a future proofed solution for 4K UHDTV1 and UHDTV2, the Qx will be the product of NAB 2015 on the PHABRIX stand at N7922. 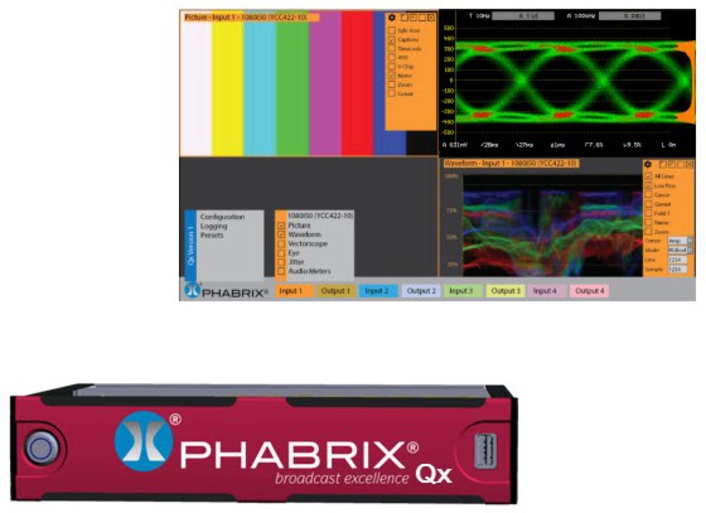 PHABRIX continues to develop its range of rack mount products, enhancing the audio toolset on this range to support up to 96 independent audio meters, discreet and AES audio along with Dolby E, Dolby D and Dolby D plus decode using its cost effective dual Dolby decode module. It also includes a new audio down mix feature for total audio channel control. The Rx2000 with its built-in dual TFT monitors allows it to be engineering bay operated via KVM with provision to switch its 1920 x 1080 display via HDMI or SDI to another location. High performance speakers provide a one product solution for video and audio testing and has made the Rx2000 very successful in quality control departments. 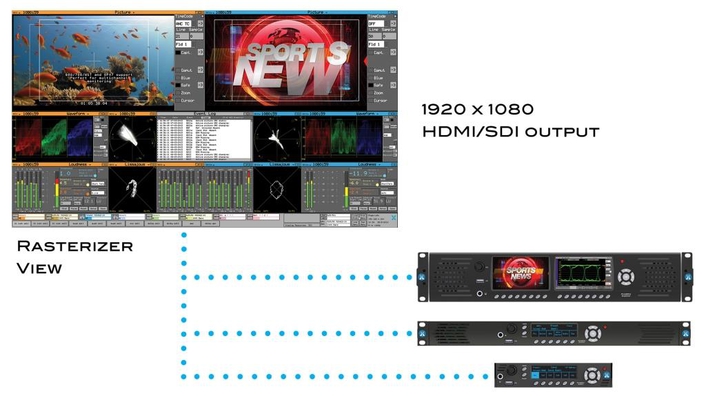 The Rx 1000 rasterizer provides enormous power in its 1U format and the small Rx 500 is designed to fit in the most space conscious OB trucks. Each of the Rx series have flexible display of 16 instruments to be viewed simultaneously from up to 4 separate sources. New video tools include multi frame grab, V-chip, WSS, V-chip display and AFD along with comprehensive support for 608 and 708 closed captions and Loudness monitoring on 4 channels. As a cost effective solution with a highly configured toolset for audio and video, the Rx is one to see at NAB. 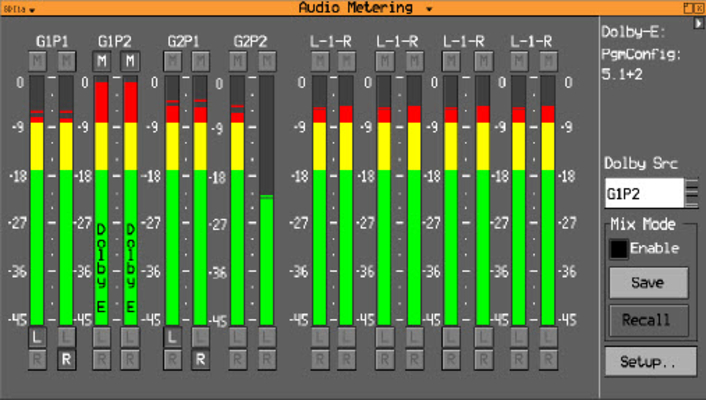 PHABRIX is well known for its portable instruments, the famous PHABRIX SxE with eye and jitter measurement can be found in almost all of the major broadcasters world-wide. The company has continued to update the instrument, now with support for Dolby E, D and D plus generation and analysis along with a new A/V delay generator.

The TAG, a new low price combined generator analyzer and monitor hand held has been hugely successful particularly since Harris discontinued its HDstar product. Adding Dolby E, D and D plus generation and analysis has also made it a ‘must buy’ replacement for the discontinued Dolby DM100 however it is the multiple interfaces of analogue, SDI and optical supported by this innovative hand held which will catch people’s attention at NAB this year.

About PHABRIX Limited
PHABRIX Limited has established itself as a world-wide leader of innovative cost effective test and measurement instruments since it was formed in 2005. PHABRIX’s success and mainstream acceptance in the broadcast industry has resulted in 11 awards for technical excellence. Operating from its purpose built 1,000 sq metre headquarters in the United Kingdom based in Thatcham, England, PHABRIX employs a dedicated team of software engineers and manufacturing personnel to create its British made products