Peter Gabriel to Get the 4K Treatment with Sony 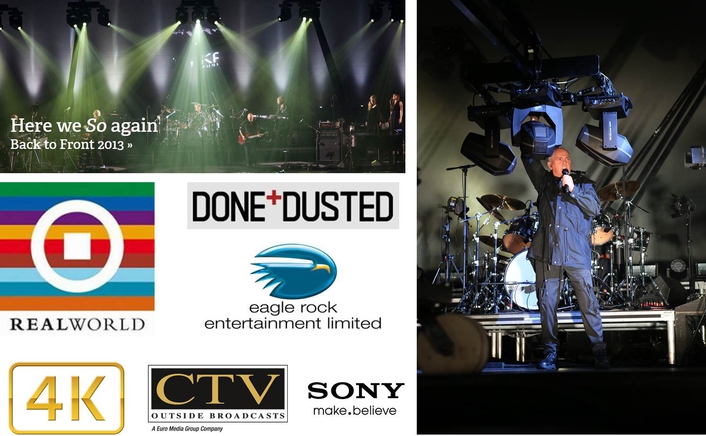 Sony’s PMW-F55 cameras used to shoot Gabriel’s sell-out ‘Back To Front’ tour in four times the resolution of HD
Sony has announced today it is working with Real World and co-producers Done & Dusted Productions and ERP Productions, as well as CTV Outside Broadcasts, to produce singer-songwriter Peter Gabriel’s Back To Front: So LIVE tour in stunning 4K. This week’s two concerts at the O2 used a total of ten Sony PMW-F55 cameras to capture the live spectacular in 4K, making the viewer feel like they‘re front of stage. The recording marks another milestone in the expansion of 4K production beyond the digital cinema industry, driven by Sony.

Currently celebrating the 25th anniversary of his landmark multi-platinum album So, Peter Gabriel brought his ‘Back To Front: So LIVE’ tour back to the UK, with two dates at The O2 on the 21st and 22nd of October 2013. In keeping with Sony’s vision to provide products that help capture the emotional intent of the artist and immerse viewers in the action, the company worked with two production companies - Done & Dusted Productions and ERP Productions - and facilities company CTV to plan and support the ten-camera Sony PMW-F55 shoot. The full workflow includes the supply of R5 and SR-R1000 recorders, as well as technical consultancy and support to record the two day shoot.

Eight of Sony’s highly popular PMW-F55 35mm 4K cameras were used to capture the first night of the tour, and an extended ten camera production took place on the second night. The shoot took advantage of the F55’s exceptional high sensitivity and colour reproduction to produce captivating RAW 4K footage, in what represents the first large-scale 4K multi-camera concert recordings to be captured in RAW to date.

“With live events becoming as much about the overall spectacle as the music itself, production teams and artists are continually striving to push new audio and visual boundaries in creative performance,” explains David Bush, Marketing Director, Sony Europe. “Shooting his latest concert in 4K and utilising the most innovative technologies, Peter Gabriel is once more raising the bar for what is possible. Using our ground-breaking PMW-F55 cameras and R5 Recorders, his concert at the O2 will be captured in incredible richness; capturing this unique concert experience in 4k will ensure that fans and viewers will be able to re-live - whether in the cinema or living-room - a stunningly life-like visual recreation.

“We’ve always enjoyed working at the cutting edge of video technology, whether HD in 2002/3, 3D in 2010 and now 4K,” comments Mike Large, COO of Real World Holdings.  “Peter has always looked for the best technology to immerse his audience in the show and the music and 4K is the next step on that journey.  We’re very grateful to Sony for all the help and expertise they’ve given for this production.” 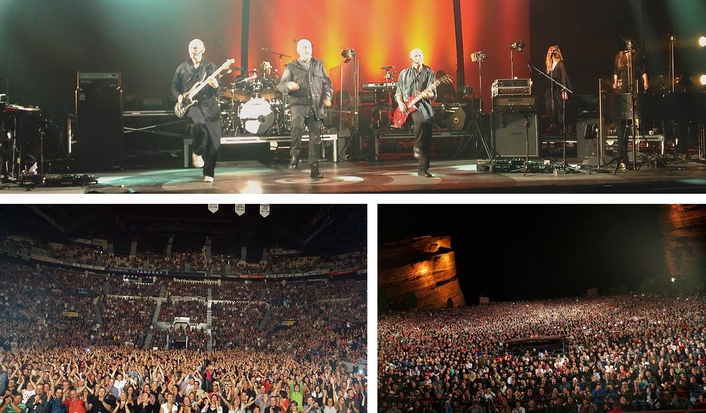 Real World is continuing its collaboration with Eagle Rock Entertainment in making distribution plans for the film in 2014.