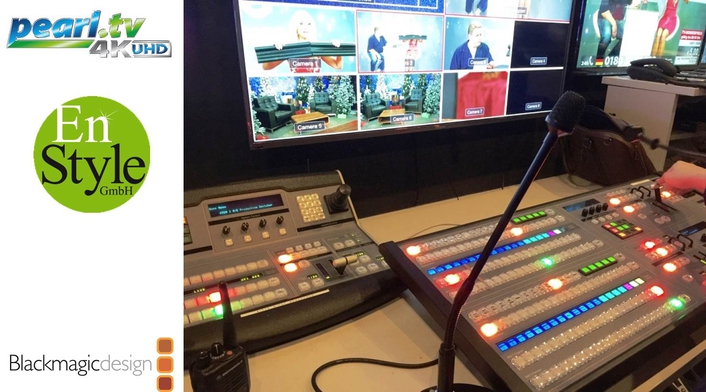 Based out of the EnStyle Studios in Buggingen, Germany, the shopping channel, which covers the entire German speaking world and reaches potential customers in 27 million households, has always been at the forefront of broadcast innovation. Essential to the channel’s move to Ultra HD transmission was the ability to work with 4K in higher frame rates.

Choosing a unified 4K production workflow based on Ultra HD product from Blackmagic Design required the channel to install more than 800 meters of 12G-SDI single link coax in order to connect the facility’s two studios and a central production gallery. “Any of our existing SDI runs that were longer than two meters had to go and were replaced with premium 12G-SDI coax,” explains pearl.tv general manager, Dr. Michael Sichler. “This ensured full signal integrity throughout our entire 4K production chain,” he continues. 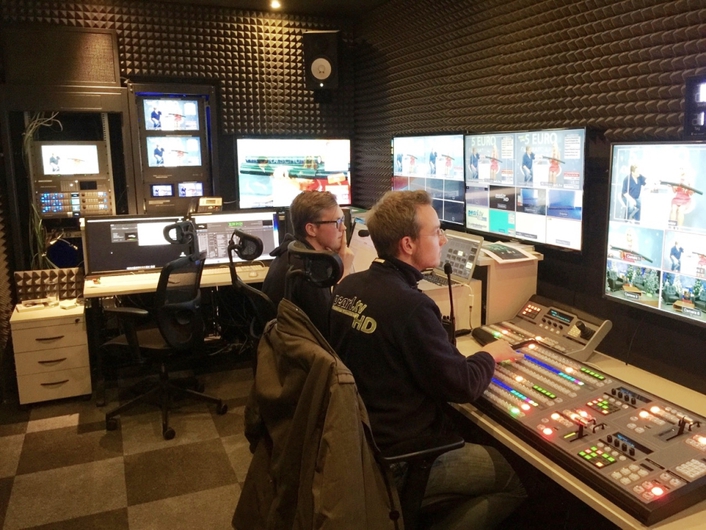 To ensure viewers across the pearl.tv network can still access the channel’s programming on any television, the switcher also generates an HD output, and a down converted SD signal is produced through an encoder, for simultaneous multi format transmission.

Daily live content acquisition of up to eight hours is produced using six Blackmagic Studio Camera 4K across the channel’s two main studios, and a further three Blackmagic URSA 4K cameras, which are used for filming outdoors. “Our channel is aimed at a male, over 40 audience and focuses on the latest must have gadgets and technology,” explains Michael. “Shopping in person is a very tactile, emotional experience, and we have to get as close to that as we can. We have to show them in the highest possible standard why they should buy an item. Stunning Ultra HD images help to us to create a strong sense of desire and need amongst our viewers,” he continues. 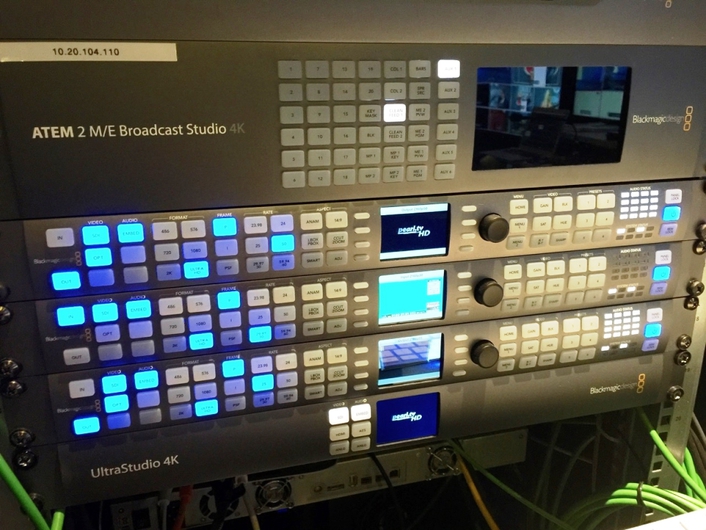 “Being at the cutting edge of technology is very much part of pearl.tv’s ethos, so we wanted to meet the challenge of launching a live Ultra HD channel before anyone else. However, as the broadcast market is still in the early development stages, we did face difficulties in finding market ready devices,” concludes Michael. “Blackmagic Design offers broadcast quality, reliable and unified Ultra HD workflow making them the clear choice. The ease of use and rich feature set its products offer has allowed us to make a smooth switch to 4K transmission.”