Ideal Systems today announced that it was selected by PANDOO Foundation to provide 360 VR Camera, equipment and editing services for the first 360° 3D video production to be shot on location in Cebu, Philippines. PANDOO Foundation is a non-profit organization whose mission is to empower and unite kids to take action for positive change, and whose vision is to enable a sustainable movement led by kids to build a better world.

Aroon Tan, CTO/Executive Producer working on PANDOO productions commented, “In keeping with our innovation of bridging the “virtual” game world to our real-world social impact causes we wanted to shoot one of our projects in immersive 360 VR video. We selected Ideal Systems with their advanced Nokia OZO 4K 3D VR camera and its production platform OZO Creator. Ideal also provided us with VR video production specialists to assist our production team on location. We successfully completed the one week shoot in 360 degree and three-dimensional video with ambisonic full-sphere surround sound. Ideal had set up the OZO Creator image processing production system on a custom laptop for portability allowing us to adjust the OZO settings such as seam visualization and stitching for our many different locations and conditions. Ultimately, taking our gamers on a virtual-field-trip where they experience the stories of other kids around the world through a VR headset and headphones. Such empathy between kids across the world will lead to real world change.” 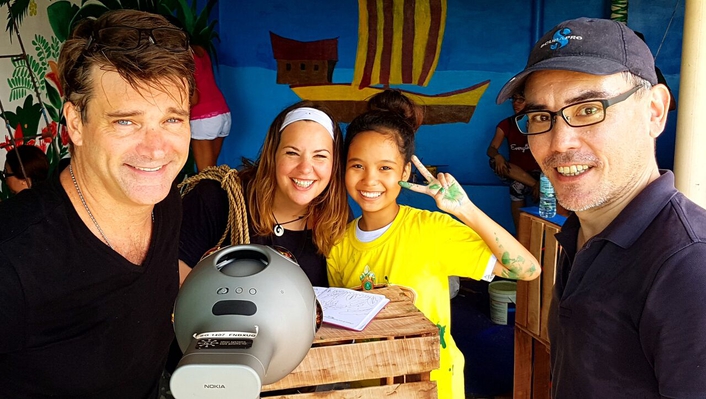 PANDOO Foundation receives 20% of all net membership fees from PANDOO Nation, which is an exhilarating Massively Multiplayer Online Game for kids. PANDOO Nation innovatively links its game play to the real-world projects undertaken by the Foundation. Kids have the opportunity to help fund causes they believe in, and in return they receive a tactile experience of helping others around the world through real world connections with updates, pictures and now through immersive 360 virtual reality video. The game enables the virtual missions of its players in the game to be bridged to the real world and help improve lives of less fortunate kids. 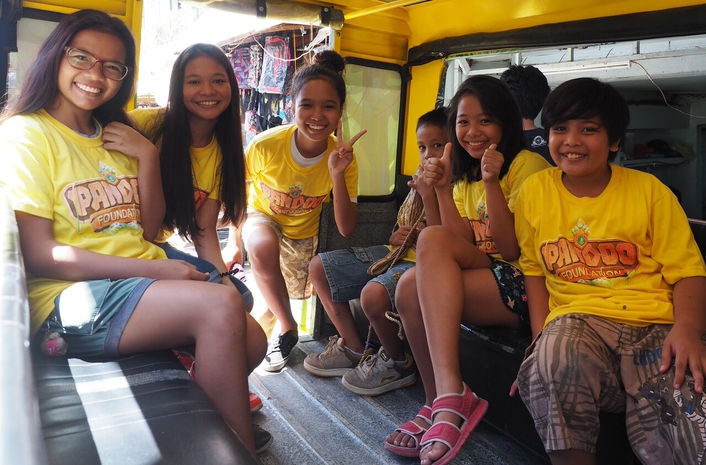 VR shoot writer/director Dave McVeigh of Cebu-based DMC stated, “I’ve been behind the camera directing shoots in sixteen by nine for long time. Directing for VR in 360 is a wildly different experience. First off, there is no behind the camera! We had to hide all the crew at each of the locations which ranged from busy city streets, to beaches, to mountain tops. Not always easy to direct the actors when you are twenty meters away. I had a real-time feed into an Oculus HMD (head mounted display) and the effect is incredibly immersive. You often forget you're not standing right there with the kids so I'm sure I appeared insane at times, which is all part of the fun. When you see the rendered clips, you really feel like you are right there, on the mission. The immersion is TOTAL. This technology is going to blow the doors off traditional framing and tradition storytelling." 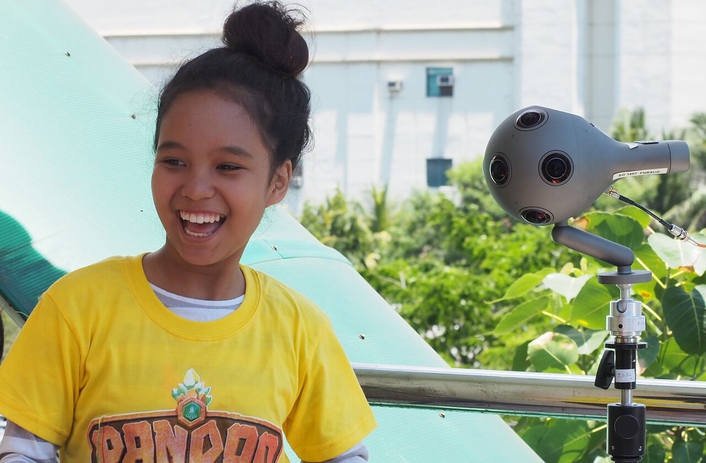 PANDOO Foundation Inc. is the Philippines entity of a global non-profit organization whose mission is to empower and unite kids to take action for positive change, and whose vision is to enable a sustainable movement led by kids to build a better world. PANDOO Foundation is a unique non-profit because of its link to PANDOO Nation, a story-driven MMOG (Massively Multiplayer Online Game) for preteens where every time players level up, they unlock causes and fund development programs through gameplay.

From Singapore to the Philippines, Cambodia to Canada and the United States, PANDOO Foundation delivers projects that empower young people and their communities. Working alongside partners from around the world, it sustains development programs in health, infrastructure, education, leadership and disaster relief.

DMC is a Cebu City Philippines-based creative studio that specializes in innovative video content creation, branding, commercials, network promos, game trailers and branded content for clients like HBO, EA Games, Disney Channel, Fox Studios and many other.  The studio was formed by Dave McVeigh, an award-winning creative director with over 20 years experience working in Hollywood and Asia on countless campaigns for networks, films, game trailers, products and start-ups.

Ideal is Asia’s largest broadcast and media systems integrator and is a multinational organization providing innovative media, design and AV solutions to sectors including broadcasting, telecoms, and media. Ideal Systems provides services that range from systems consultancy and design conceptualization, to systems deployment and support of broadcast systems, facilities, and studios, to billing and subscriber-management solutions.