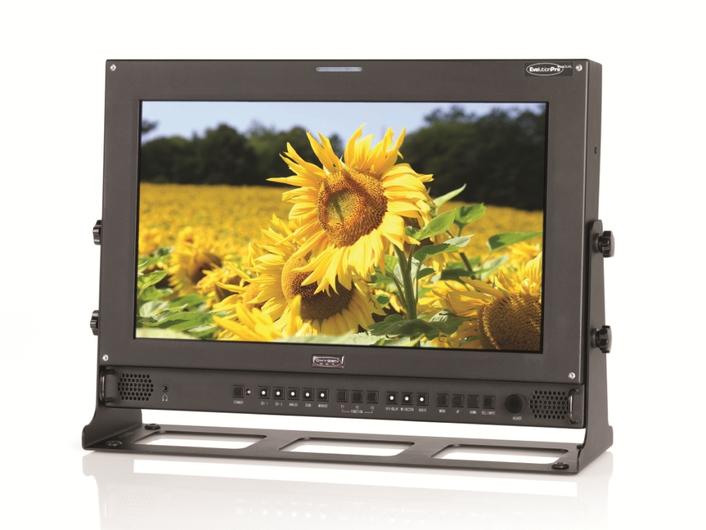 Now the series has a new addition to its range, the Evolution Elite monitors. These set new standards for functionality, facilities and signal handling, which includes 4.4.4, 1080p and 3Gb/s, the emerging new video standards for film and television production.

The Evolution Elite series not only builds on the success of nearly five years of customer feedback from it Evolution Pro series but anticipates future trends with 1080p connectivity. The Elite is ‘elite’ and goes well beyond the norm by combining the functions of a traditional monitor with a signal quality measurement tool, providing important facilities such as a waveform monitor, a vector display, CRC and EDH error detection and analysis of ancillary data packets.

All of the engineering functions integrated into the Elite series are controlled by FlightDeck™, an advanced control system that allows users to simultaneously monitor the picture, waveform, vector, 8 channels of audio, signal status and a plethora of other functions on screen at the same time.

“FlightDeck™ presents many advantages to broadcast users as it displays the full signal status (rather than just a picture) and allows them to monitor and identify any problems with the signal level, colour information, ancillary data and audio content” says Oxygen DCT’s Managing Director Steve Hathaway. “FlighDeck™ allows users to simultaneously display highly accurate signal monitoring and measurement information whilst still viewing a picture and listening to audio. It is the most advanced onboard video monitoring system that has ever been built into a picture monitor. By incorporating this system into the Evolution Elite product, we have negated the need for broadcasters to buy external monitoring products, thus saving them money and valuable rack space, not only in Master Control Rooms and OB vehicles but also for 3D stereoscopic production.”

Whilst ‘elite’ in features and functionality, Evolution Elite monitors are highly competitively priced and, comparatively, one of the lowest cost monitors on the market, especially when all of its additional audio and video signal monitoring features are taken into account. They also deliver superb picture quality and come in a range of sizes and initially, 17” and 24” screens.

In addition to all of these stunning features, Evolution Elite sets the standards and pushes the boundaries even further as the 17” has both AC and DC power sockets and a V mount battery option, making it also suitable for field production such as the burgeoning 3D market.

Steve Hathaway explains: “The monitor also incorporates DualHead™, an innovative feature that allows users to simultaneously display two pictures - for example left and right eye channels - separately on the same screen. This is a very clever innovation that is attracting plenty of attention from the 3D stereo market and recently these monitors were used on a major 3D feature film which was shot in Russia.”

Oxygen DCT is a solutions provider with a deep knowledge and understanding of the broadcast and professional media markets. Oxygen DCT has over 2000 carefully designed broadcast and production products that represent the pinnacle of engineering excellence. Its comprehensive website ordering facility gives industry professionals the convenience of immediate online pricing and saves time by providing customers with a 'one-stop-shop' where they can prepare their own quotes and place orders online with immediate order confirmation. Oxygen DCT also provides advice, support and expertise to ensure that customers get exactly the right product for their requirement.