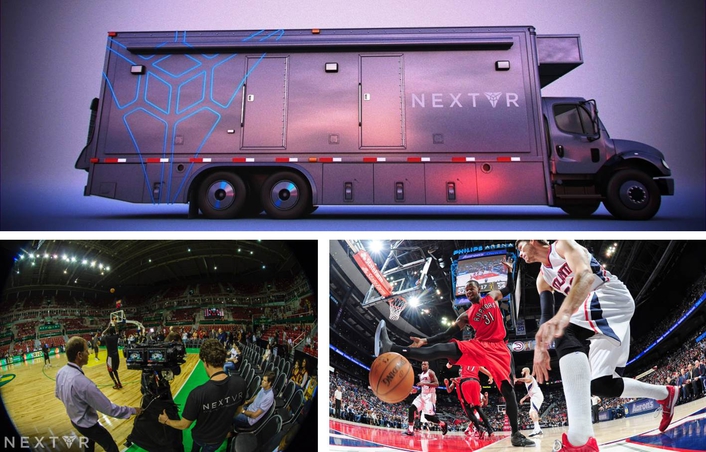 NextVR, a pioneer in immersive 3D virtual reality experiences, is introducing the first live virtual reality production truck for broadcast coverage of marquee events. The production truck made its first appearance at the National Association of Broadcasters (NAB) show in Las Vegas on April 18th. After that, NextVR will roll out the truck to cover live events – including sports and concerts – beginning in July.

Custom-built from the ground up, the NextVR virtual reality production truck will allow for rapid deployment at an arena or stadium for the increasing demand for live virtual reality content. The truck is designed to be 'plug and play' by pulling up to any venue to immediately deliver a multi-camera, live stereoscopic VR experience complete with fully mixed 3D VR audio. 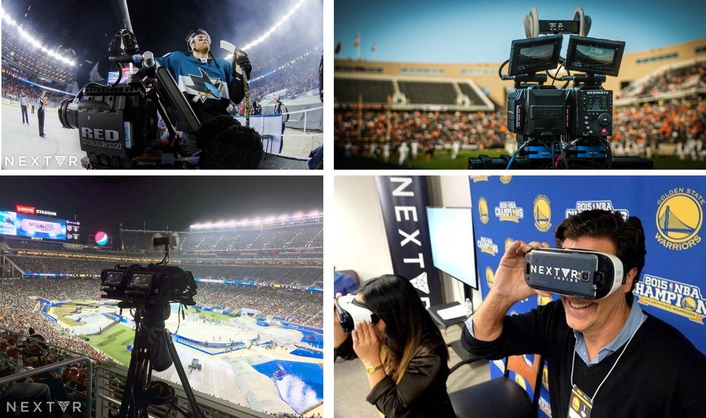 "Downtime is unacceptable in a live broadcast. This truck allows our production to be fully redundant, providing a distinct competitive advantage for us as we continue to produce world-class events with global appeal," said Ryan Sheridan, NextVR's senior vice president for Imaging and Production Technologies.

"Live stereoscopic VR requires a lot of compute horsepower," Sheridan said. "With the truck, we will not be encumbered by the venue or audio limitations in the venue from which we are broadcasting. We simply roll up, deploy our equipment, plug into the infrastructure and produce the content." 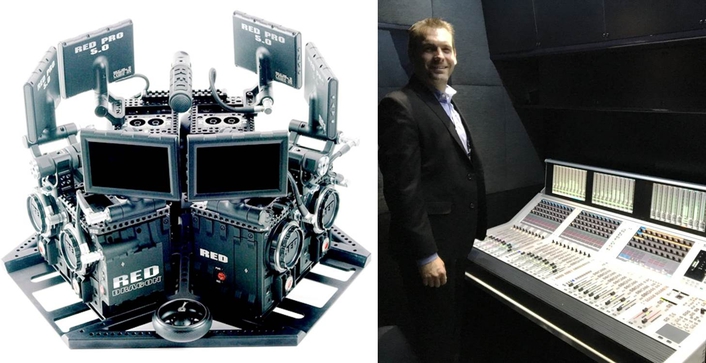 Additionally, the truck was designed to fit into a large cargo airplane to quickly reach international markets for significant sporting events.

"Having a VR broadcast truck to cover major events is another example of how NextVR continues to read the market in this emerging technology," said Michael Davies, SVP, Field and Technical Operations at FOX Sports. "NextVR continues to distinguish itself as the standard setter in bringing live, broadcast-quality VR to sports fans excited about the content."

"Virtual reality is a whole new medium and that new medium deserves a whole new truck. Everything about this truck is new. It was designed with a strong presence and identity to match a brand of the same caliber," said designer Kimberly Marte of Sketchtank.

About NextVR: NextVR enables the transmission of live, long-form virtual reality content in broadcast quality – leading the way for live and on-demand VR to become a mainstream experience for sporting events, concerts, cinematic productions and more. Launched in 2009, NextVR has more than 26 patents granted or pending for the capture, compression, transmission, and display of virtual reality content. NextVR's platform allows the fully immersive content to be streamed with pristine quality using current home and mobile Internet connections. NextVR was founded by veterans in stereoscopic imaging technology, software development and an award-winning filmmaker.