Sony’s NXCAM Camcorder Used for 4K Capture of Racing Film Journey to Le Mans
Sony has today announced that its Super 35mm NEX-FS700 camera was used to shoot high-octane racing documentary Journey to Le Mans. Two of Sony’s 4K-capable NXCAM camcorders were supplied by broadcast and professional solutions provider CVP to capture the excitement and drama of the race, as well as interviews with the Jota Sport team. Shooting in 4K, for HD playout, the NEX-FS700 was chosen for its versatility and the cinematic image quality produced by the Exmor CMOS sensor.

Narrated by actor Patrick Stewart and helmed by debut director Charlotte Fantelli, Journey to Le Mans follows British private racing team Jota Sport in the build-up to the famous race, depicting a feat of human endurance and a marvel of engineering. Filming began in September 2013 at the Paul Ricard circuit - part of the European Le Mans Series - and finished at the 24 Hours of Le Mans race in June 2014. 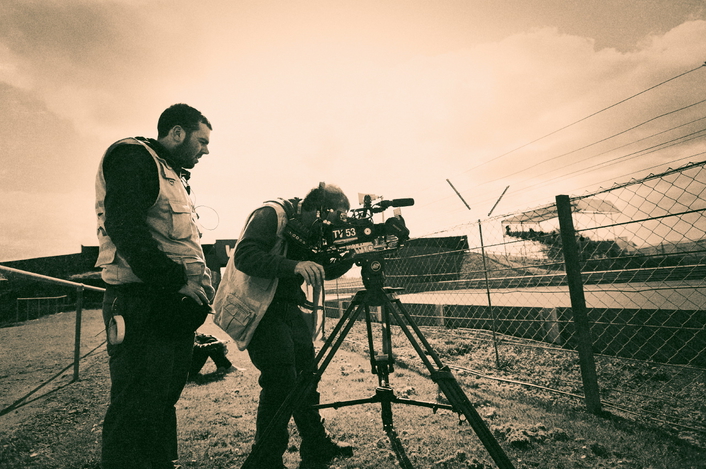 “Working on an independent production with a small crew, we needed a versatile camera that could still deliver high quality images suitable for cinema screens,” commented Stuart Keasley, director at Black Flag TV Ltd, and co-director of photography for the film. “The shallow depth of field of the NEX-FS700’s Super 35mm sensor allowed us to achieve exactly the cinematic look that we wanted. Taking the 4K raw acquisition and then super-sampling down to HD at source ensured a wonderfully crisp image, whilst also maintaining a reasonable volume of data. However, we did sometimes elect to shoot 4K raw to give us greater creative flexibility in post-production.”

“We also took full advantage of the high frame rate capabilities of the camera, with large portions of the action filmed in 2K raw at 200 fps. The beautifully detailed slow motion that this provided became a signature of the film and was vital to the overall feel of the documentary.”

The versatility and high quality of the NEX-FS700 meant that only a small camera crew was needed for the production. Keasley and his co-director of photography, Adam Parkes, each worked with an Assistant Camera when shooting, and sometimes even shot entirely on their own. During the 24 Hours of Le Mans race, a third two-man crew joined the team, with Keasley and Parkes shooting during the day and the third team of two shooting throughout the night. Each of the camera crews used the NEX-FS700’s on-board sound recording capabilities, further helping to simplify the production workflow and ensure the teams could be as agile as possible when shooting. 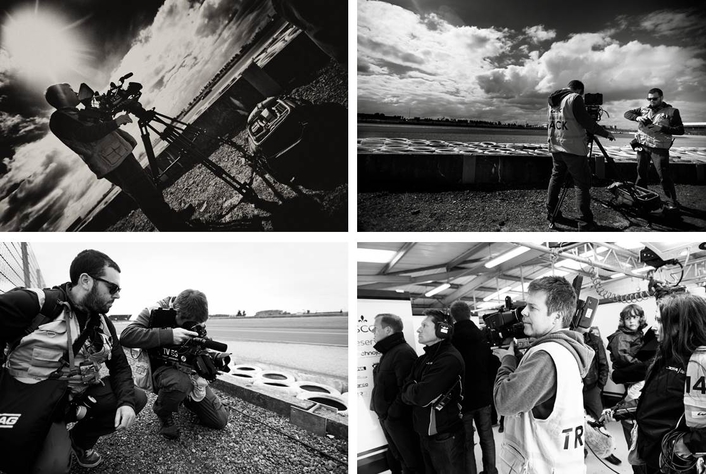 Yevgeny Subbotin, Account Manager at CVP, commented: “We’ve seen consistent demand for the NEX-FS700 since its launch over two years ago. Its fantastic slow motion capability made it an instant hit with a range of filmmakers and directors of photography, particularly given its competitive pricing. Now, as 4K acquisition is becoming the norm for many production companies, the Super 35mm 4K-capable sensor is a major selling point, and the E-Mount lens system means that it’s compatible with a wide range of glass. All in all it’s an ideal camera for independent productions shooting in HD or 4K.”

Journey to Le Mans enjoyed a Leicester Square premiere in late October 2014, before being broadcast on ITV4. It’s now available on BluRay and DVD in the UK and can also be downloaded from iTunes.

Sony is the leading supplier of AV/IT solutions to businesses across a wide variety of sectors including, Media and Broadcast, Video Security and Retail, Transport & Large Venue markets. It delivers products, systems and applications to enable the creation, manipulation and distribution of digital audio-visual content that add value to businesses and their customers.  With over 25 years’ experience in delivering innovative market-leading products, Sony is ideally placed to deliver exceptional quality and value to its customers. Sony's Professional Services division, its systems integration arm, offers its customers access to the expertise and local knowledge of skilled professionals across Europe. Collaborating with a network of established technology partners, Sony delivers end-to-end solutions that address the customer's needs, integrating software and systems to achieve each organisation’s individual business goals.