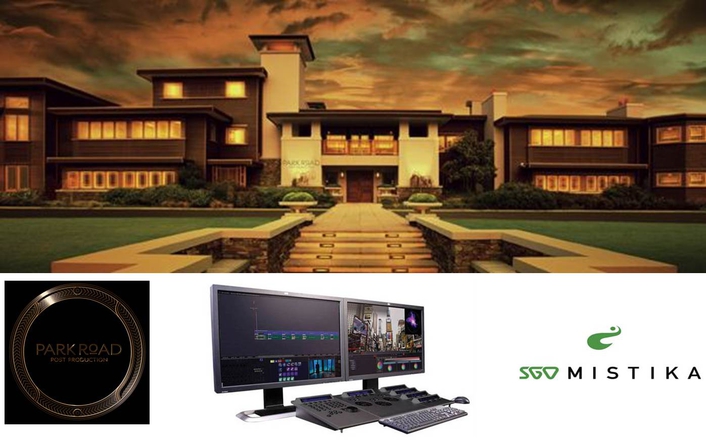 Owing to Mistika’s open and configurable architecture, real-time capability, advanced toolsets and workflows, Mistika now plays an integral role throughout the entire stereo 3D production pipeline at Park Road including producing dailies rushes for editorial, finishing and grading. The relationship with the development team at SGO was also a key factor in deciding to deploy Mistika across the Weta Group.

Head of Technology at Park Road Post, Phil Oatley states: “With SGO as part of the team we have been able to create a completely integrated solution from rushes through to final DI, which offers the highest possible levels of quality, speed and flexibility. Meta Data is the heart of our operation and Mistika's open architecture has allowed us to deliver an incredible degree of automation in areas that were previously labour-intensive, leaving our artists to concentrate on the most important aspects for the client - the best looking images and timely delivery.”

Head of DI at Park Road Post Production, David Hollingsworth adds: “We have worked very closely with SGO’s development team to establish an end-to-end solution for productions, adding to the already impressive toolset within the Mistika system. Using the same system for dailies, QC, screenings and through to final DI is key to our end-to-end colour control and the overall quality of the finished project. We have been able to create a pipeline for feature films that previously wasn’t even on anyone’s roadmap, with Mistika at its heart, that incorporates other proprietary systems like our incredibly comprehensive asset management system. We are genuinely excited about what SGO has been able to do for us over the last few months and are looking forward to continuing the great relationship we have built with the team over the coming years.”

Geoff Mills, Director of SGO Global Sales & Operations concludes: "This clearly is a very large and significant installation of SGO Mistika technology and we are delighted to be working closely with the team at Park Road Post on providing the very best solutions in the market for the highest quality stereo 3D production. The very fact that the Weta Group and Park Road Post are using Mistika for productions proves that SGO has and will continue to develop ground breaking tools and workflow, while at the same time provide outstanding customer support.”

District 9, The Lovely Bones, Battle of Red Cliff, Knowing and 30 Days of Night are amongst many of the high profile films which have been post produced at Park Road; illustrating the superior level of quality and expertise that the well-known facility delivers.

Park Road, is a premier post production facility in Wellington and part of a creative community that includes some of the finest film-making technology and talent in the world. Their reputation for creativity and delivery keeps them in high demand with some of the world’s leading film studios.

Mistika is a flexible high end post production system capable of SD, HD, 2K, 4K, and stereoscopic 3D with real-time RED camera and other native data workflows including ARRI. It seamlessly integrates timeline-based editing, conforming, infinite-layer compositing, colour grading and image restoration all in one complete system with various tool-sets working together in the timeline.