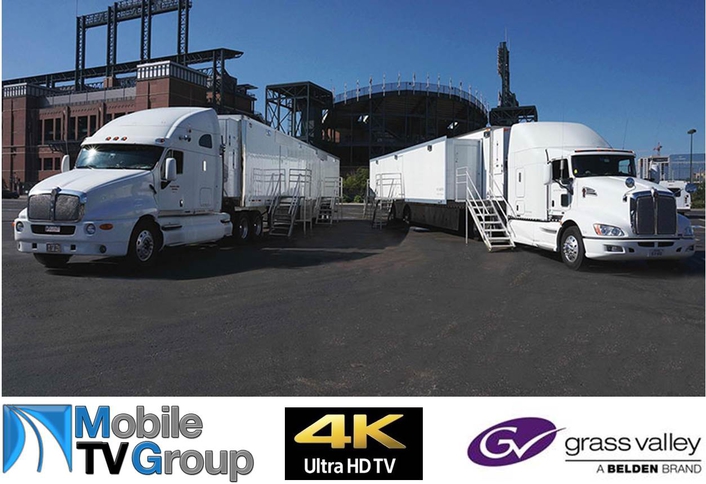 Mobile TV Group (MTVG) announces the company will launch the first 4K/UHD mobile production unit in North America in 2015 and will demonstrate the work-in-progress at the National Association of Broadcasters convention this April.   The all-new 53’ expando will be capable of sports and entertainment productions with up to fourteen 4K cameras.   By making it practical to produce in 4K, this will be a major boost for the delivery of live 4K content to the home.

“The time has come for a true 4K mobile unit and the technology we need to build it is now available, or will be by mid-2015,” said Philip Garvin, Co-Owner and GM of MTVG, one of the two largest mobile unit facilities companies. “Walk into any electronics retailer and you’ll see 4K sets everywhere and at least one of the major distributors (MVPD) has announced that it will be offering 4K to its subscribers next year.  Our new truck will help to fill those screens with stunning images.” 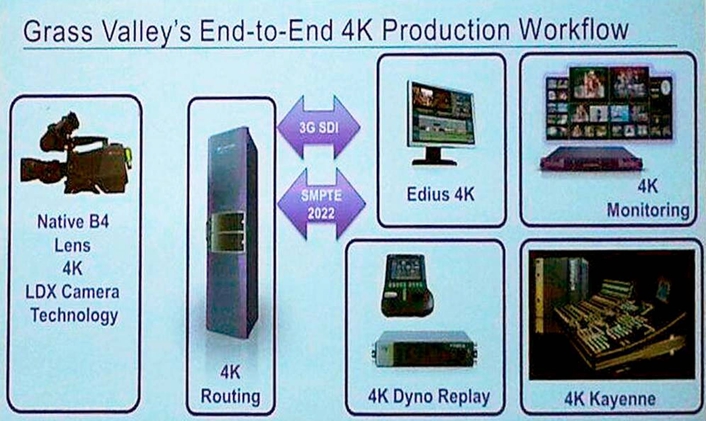 MTVG cites the development of the 4K/UHD 2/3” Grass Valley camera (previewed at the IBC convention) as the major breakthrough enabling 4K live sports production.   Unlike previous 4K cameras that were developed primarily for entertainment production, MTVG found that the Grass Valley 4K 2/3”imager camera operates the same as current mobile unit production cameras.  It accepts B4 mount long zoom lenses without converters, has excellent light sensitivity necessary for night games and inside venues, and provides the depth of field required to keep players in focus during action close-ups –– all while producing outstanding image quality.

MTVG tested the new camera extensively last month including a side-by-side comparison of live 4K vs. regular high definition images on large consumer TVs in a retail store. The consensus of the observers was that on 65” and larger TVs, the difference was striking, including improved resolution and a generally more pleasing and life-like picture.

In development since last May, the first 4K mobile unit will be ready for its first production in mid-to-late 2015, and MTVG is accepting bookings now.  Potential users will be able to tour the unit at the Gerling booth of the NAB outdoor exhibits.

MTVG, which celebrated its 20th anniversary this year, is no stranger to breakthrough technological advances.  It was the first to convert its fleet to all-HD (starting in 2003), the first to adapt super slo-mo cameras, and Garvin was the first to build an all-HD cable/satellite network (HDNet).    A related company, Colorado Studios, has been building mobile units since 1994 and operates a full-time construction & integration facility in Denver, Colorado. 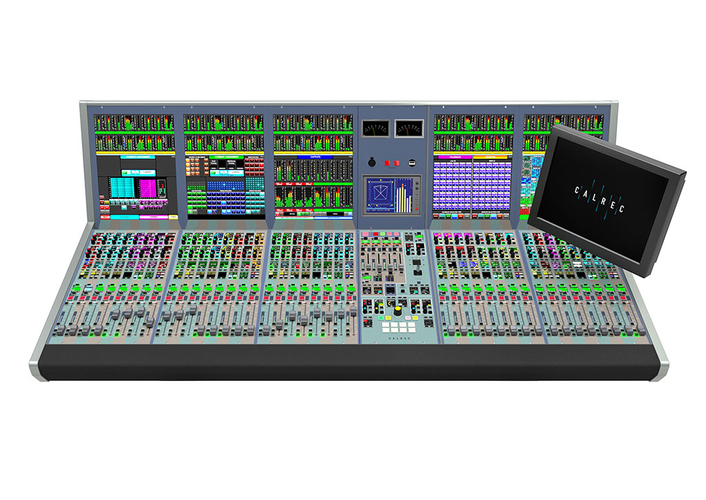 In addition to the cameras, other equipment on the mobile unit will include a Grass Valley K-Frame/Kayenne 4K switcher, a Calrec Artemis mixer, and Kaleido multiviewers.  A networked-configured Dyno/K2 4K replay system will be demonstrated on the truck at NAB.   The trailer chassis was built by Gerling & Associates and finished and integrated by Colorado Studios.

During the first half of 2015, MTVG will be testing higher resolution large lenses, HD to 4K up/down-converters, one-wire cabling, graphics, and other gear vital to 4K workflow.  The mobile unit and the NAB exhibit will include several large 4K displays and MTVG is looking for an appropriate TV manufacturer partner for these.   There will also be a 53’ B-unit available for larger productions and dual feeds.

Garvin added that, “At MTVG we consider it to be our job to introduce new technology that will arm our clients with the innovations and workflow to give the fans at home the best viewing experience.  It’s natural for us to be spearheading the next production format.  With this and future 4K trucks we will make it routine to produce in 4K as well as HD.”