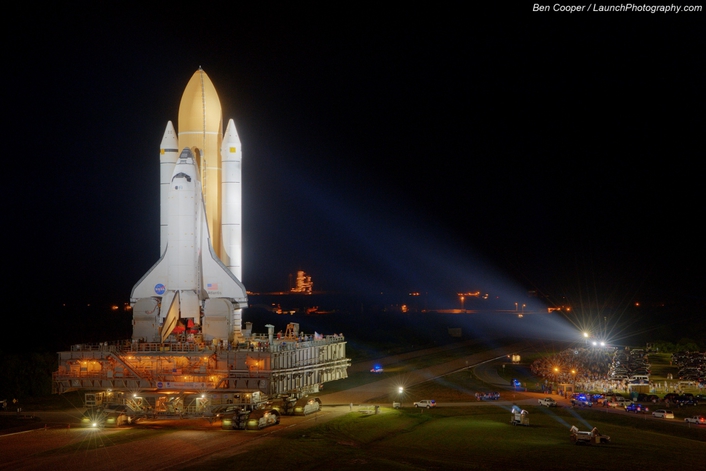 The news follows on the heels of Meduza’s exciting debut in April at the National Association of Broadcasters (NAB) convention and receiving a Mario Award from the industry’s leading magazine, TV Technology, in recognition of its ‘Innovation & Technical Excellence’

The Meduza, a ‘digital imaging system’ that sets a new benchmark standard for stereoscopic 3D image capturing, will shoot the final Space Shuttle Launch in 4K 3D and in 2K High Speed.   Uniquely the camera system can support any number of cameras fully synchronized without the use of cabling.  “We are very excited to have the opportunity to work with NASA,” says Cary.  “This opportunity exemplifies the Meduza’s versatility and flexibility and supports our interest in developing many valuable and critical applications for the camera in industriesoutside film and television.

With its modular components, the Meduza can be set up in minutes, not hours, has interchangeable lenses, precise remote controlled variable inter-axial (the distance between the lenses) and precise remote controlled convergence (features non-existent on Sony and Panasonic models).  It is a single camera, with a single set of electronics and a single set of controls that powers two imaging sensors at the same time. Weighing less than 15 pounds, the Meduza has only what is needed, when it is needed and in the smallest and simplest configuration. 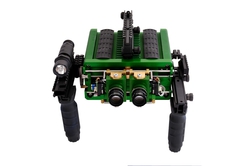 Meduza’s versatile technology makes it a ‘game changer’ in that through its modular design it is capable of all types of filming.  From Aerospace and medicine to military and oil exploration, the camera’s impact has enormous potential.  Shooting a natural history program, for example, and capturing uniquely intimate moments ‘in the wild’ in 3D, can now be done using a physically manageable, precision piece of equipment.  “3D is capable of providing a wide range of new qualities to productions,” says Cary.  “Imagine what Graham Norton could do with an audience in 3D.”

The Meduza not only makes it easier, faster and cheaper to produce 3D content, but by allowing filmmakers to shoot in the native 4:3 format at beyond 4K, content is acquired at  4096 x 3072 pixels and covers everything from 15/70mm giant screens to general theatrical screens, as well as S3D television viewing.

The first single professional digital camera ever designed and built specifically to shoot in S3D.  Films currently produced in 3D are generally shot with 2 cameras linked together with stereoscopic grip equipment or 2 cameras sandwiched in one camera body with very little control or synchronization.  “A simple analogy would be if you glue 2 motorcycles together, this does not make a car” says Jonathan Kitzen, President of Meduza Systems.  “While left eye and right eye images are generated using two cameras, many more new problems are created, which must then be corrected in post-production, leading to data loss, image aberration, time and expense.”

Added Cary, “In two years of development, we have come a long way.  UK entrepreneurship is alive and well -- we feel very much a part of the British business community leadership that is helping to re-invigorate our country’s economy.”

3D Visual Enterprises Ltd, the UK based holding company, was established specifically to service the growing demand within the professional film and television community for a complete and technically advanced 3D image capturing system.  Meduza Systems was created to develop an imaging system that would solve the single camera problem within an architecture that could be constantly upgraded to keep pace with the growth of the industry and advancing technology.   The system had to be versatile, flexible, capable of being upgraded and adapted to match the pace of developing sensor and optical technology and to deliver visual images at the highest resolution possible at all times.  The Meduza was designed to fill the void in the market with compatibility in all of the production environments and in any industry, from Giant Screen 15/70, to live events, to hand held natural history productions.  Above all, the company’s mission is to create a stereoscopic digital 3D camera that would never be obsolete and that could constantly strive to meet the growing and changing needs of its customers.