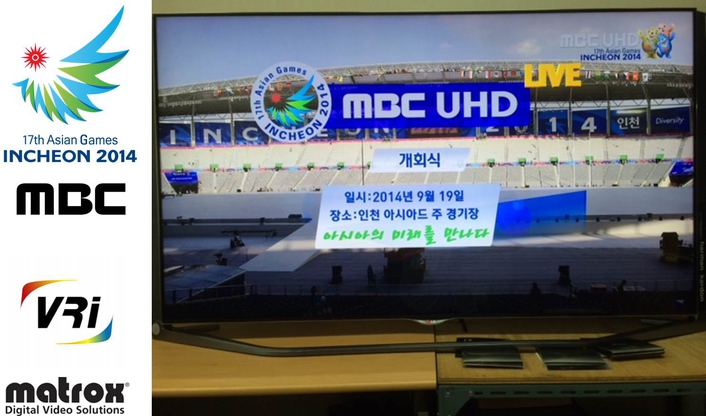 Matrox X.mio3 LP is a low-profile, half-length PCIe card that offers up to eight reconfigurable I/Os, from SD to 4K. Multi-channel hardware processing accelerates compute-intensive operations including motion-adaptive de-interlacing, up/down/cross scaling and mixing/compositing for all resolutions. The card is the ideal hardware platform for OEMs who need to create advanced yet compact channel-in-a-box systems, video servers, broadcast graphics systems, encoders, transcoders, multiviewers, switchers and other digital media equipment. Comprehensive development tools in the Matrox DSX SDKs for Windows® or Linux® include versatile file reading/writing, memory management, streaming synchronization, and a large selection of software codecs and effects. A prototyping tool provides a graphical representation of all hardware components so developers can simulate and test their use cases within minutes, before writing a single line of code. From a single development effort, broadcast equipment manufacturers can create a variety of products at a full range of price/performance levels.

"Stability and performance are the most important aspects of CG systems,” said Charles Kim, VRi president. “We chose the Matrox X.mio3 cards for their multi-format 4K/HD/SD codec support in software and their more advanced on-board processing compared to other I/O boards. In addition, they have provided the high level of reliability so critical in CG systems where failure during a broadcast could be disastrous."

“The long-standing relationship between VRi and the Matrox OEM team has allowed Matrox products to be used in television production facilities throughout Korea,” said Alberto Cieri, Matrox senior director of sales and marketing. “We congratulate VRi for their part in bringing high-quality broadcasts of the 2014 Asian Games to viewers around the world.”

About Visual Research Inc. (VRi)
Founded in 1993, Visual Research Inc. (VRi) develops the KarismaCG line of 3D realtime-based character generators and broadcast graphics tools for the television broadcast and video post-production industries. VRi has a customer base of over 5,000 installations in more than 30 countries, making VRi products the character generator and graphics tools of choice for video professionals at leading progressive television network and broadcast design/post facilities around world.