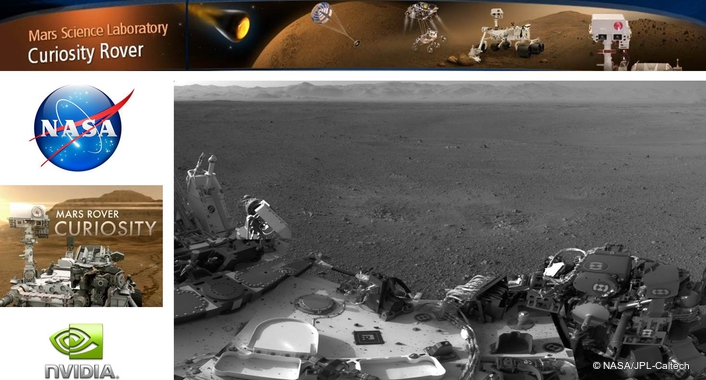 NASA is having an out-of-this-world 3D experience
The team at NASA’s Jet Propulsion Laboratory (JPL) that controls the rover Curiosity is using NVIDIA 3D Vision glasses to see Mars in 3D and plan rover missions in a virtual, game-like environment.

JPL developed the technique to account for the unique challenge in controlling a vehicle 352 million miles away. Since it takes 14 minutes to get a signal to Mars, it can’t be operated like a remote-controlled car on Earth. By the time a driver recognizes a hazard and tells the rover to stop, NASA’s priceless asset might lie in a mangled heap at the bottom of a ravine. So the team developed a simulated environment, like a video game, to test each action before telling the rover to move.

The Robot Sequencing and Visualization Program, or RSVP, is a fully 3D virtual environment with Martian terrain captured by the rover. By inserting a detailed 3D model of Curiosity, and using off-the-shelf 3D Vision glasses, the JPL team can model every movement to see how Curiosity would behave. This not only helps with navigation, but also helps them test complicated movements of the robotic arm (like drilling and recovering soil samples) to ensure each motion will be unimpeded.

On a typical day the JPL team will plot a path up to about 40 meters (130 feet). So the team simulates its movements first, then instructs it where to go and what to do.

The rover driver team has experimented with 3D solutions for decades, none of which provided the visual fidelity and performance they needed. They either had to reduce the frame rate to a slide show, or lower the image quality by reducing the number of polygons.

Screenshot of the Robot Sequencing and Visualization Program

With 3D Vision, they don’t have to make those compromises anymore. Using NVIDIA Quadro 5000 graphics cards, 120-Hz Planar 3D Vision-ready LCDs and 3D Vision glasses, the team can watch a realistic rendering of Curiosity moving through the Gale Crater in real time. The system will enable JPL to explore the planet and achieve their scientific goals faster. It’s also incredibly cool – the closest thing to being on Mars. 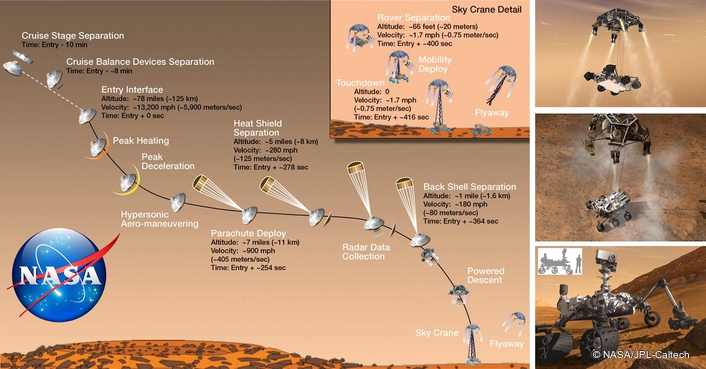 Landing of Curiosity on Mars