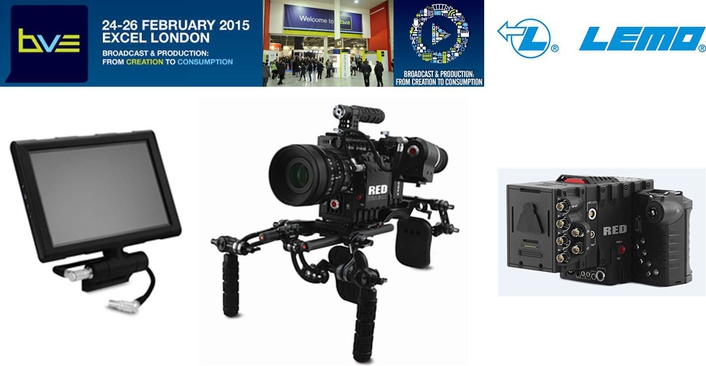 For further information on the RED 4K broadcast system or LEMO's connector range please visit stand B36
Before the RED ONE was released in 2007, RED Digital Cinema made their initial and revolutionary designs with a goal of creating the world's best digital cameras. RED's innovations drove a line of digital cameras that are smaller, lighter, and more affordable than comparable film cameras—yet possess incredible resolution, frame rates, and dynamic range.

Based on the RAW file capture of digital SLR’s, the RED team engineered a camera capable of recording RAW 4K images at up to 30 frames per second (since then they have increased the frame rate of the system up to 120 frames per second). That required several years of engineering—mostly related to the semiconductor chip (image sensor) at the heart of any digital camera that converts photons into electrons. The RED team developed a sensor that was the same physical size as a frame of 35mm film, the Hollywood standard, and produced an image that was virtually indistinguishable from conventional 35mm, albeit digital. 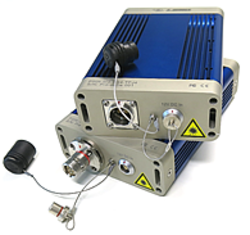 One key aspect of any electronic device is ensuring high-quality and reliable connections. Poor connectivity causes havoc with product performance, irrespective of the sophistication of the device. For unmatched quality and durability, RED employed LEMO for their connectors. Based on the popular and reliable B Series range, RED uses a custom contact configuration that was commissioned using standard LEMO components. RED uses these for power, viewfinders and displays, lens control motors, remote controls, and more. Since then, RED’s product offerings have evolved and the latest packages include their 4K Broadcast Module to fit the EPIC DRAGON and SCARLET DRAGON 6K cameras.

The EPIC DRAGON with 4K broadcast system will be showcased on the LEMO stand at BVE this year. Connected to the new LEMO 4 x 3G SERBAL fibre converter with a live fibre link—the configuration will be subjected to a load of 50 kgs to demonstrate the strength of LEMO SMPTE connections, terminations, and the Furukawa cable.

The RED 4K Broadcast Module enables you to record R3D RAW masters at 6K resolution while simultaneously broadcasting in 4K and/or HD, allowing for a highly flexible workflow. This empowers broadcast teams with capabilities for 6K archiving, handling 4K and 1080p live broadcast feeds, as well as the ability to support the evolution of 4K broadcasting. The extremely versatile RED 4K Broadcast Module integrates seamlessly into third party equipment with stunning visuals and the possibility of HD workflow whilst streaming 4K.

In addition to demonstrating what goes into making reliable SMPTE hybrid fibre connections—LEMO will also be introducing the new T Series range of waterproof connectors. T Series connectors have the same panel hole fixing sizes as the B Series—providing hassle-free upgrade options for customers wanting to improve and weatherproof their equipment.