Kraftwerk Relies on WATCHOUT for Stereoscopic 3D and Live Interactivity 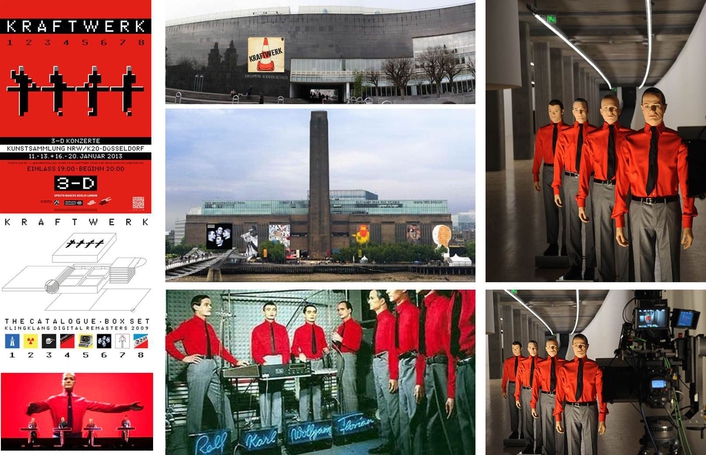 .
German electro pop pioneers, Kraftwerk will use the dynamic interactive and 3D features of Dataton WATCHOUT™ multi-image and presentation software, for all on-stage digital scenography at their hotly anticipated tours and concerts’ programme throughout 2013.

Formed in 1970, Kraftwerk began using Stereoscopic 3D for the MoMA concerts and ”Way out West” Swedish Rock Festival in Spring 2012.

FredrikSvahnberg, Marketing Director at Dataton says: “Kraftwerk are known for their use of bold graphics and colours. They are using our technology in a very easy to use, yet powerful way to engage audiences around the world. We’re looking forward to seeing Kraftwerk use the new 3D, interactive and dynamic media streaming features of WATCHOUT in 2013 and beyond.”

Kraftwerk at upcoming Dusseldorf and London concerts
Several upcoming Kraftwerk concerts will incorporate Stereoscopic 3D effects as well as 3D sound.
Kraftwerk's first performance in Düsseldorf, Germany since 1991, performances called 1 2 3 4 5 6 7 8 are taking place at the Kunstsammlung Nordrhein-Westfalen Museum,first from January 11 - 13, then 16 - 20. Like the MoMA shows, Kraftwerk will play one album per date and will be accompanied by 3D visuals, which actually involve audiences. Running alongside the performance programme, a photo exhibition, Kraftwerk, runs from January 11 at the Forum Nordrhein-Westfalen Museum. 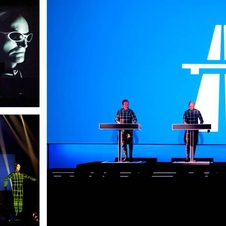 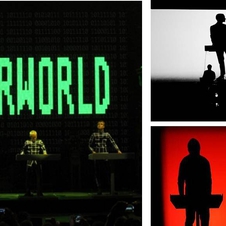 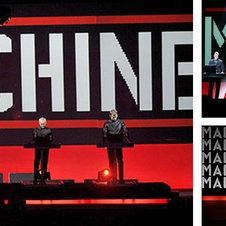 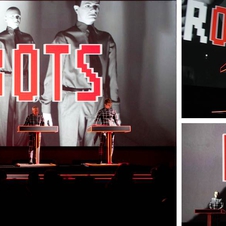 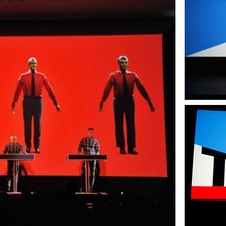 In London, Kraftwerk will perform at Tate Modern's cavernous Turbine Hall for eight nights, first from February 6-9, then 11-14, and are their first liveLondon performances since 2004. The band will perform one studio album in full on each night and combine it with visual backdrops, including interactive 3D projections and animation.