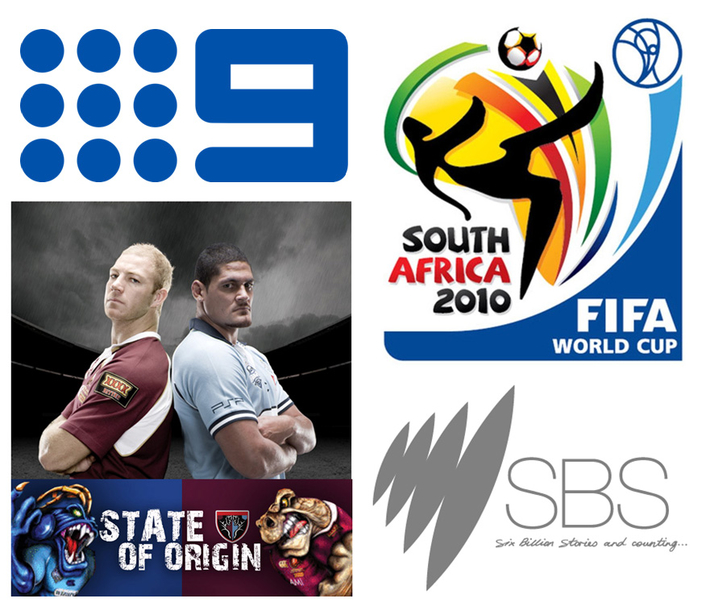 Rugby and Soccer in 3D
Harris Corporation (NYSE:HRS), an international communications and information technology company, announced that a range of its 3DTV-compliant broadcast equipment is being used by Nine Network and SBS to support Australia’s first 3DTV trials. The trials will include coverage of this year’s Harvey Norman State of Origin Series rugby showdown — the world’s first sporting event to be broadcast live in 3D on free-to-air TV — and the 3D screening by SBS of selected football matches from South Africa.

Nine Network and SBS jointly applied for a test broadcast license for the 3DTV trial, which commenced on 19 May and concludes on 19 July. The sporting events will be broadcast in 3D in Australia’s five major metropolitan centers — Sydney, Melbourne, Brisbane, Adelaide and Perth — as well as in Wollongong and Newcastle. Viewers with access to 3DTV digital receivers will be able to watch history in the making.

During the trials, Harris® X50™ frame synchronizer/converters are being used to ensure synchronous transport of the 3DTV signals in a side-by-side HD frame-compatible format from the stadium to Nine Network’s 3D master control facility. There, the content is processed through the Harris IconMaster™ master control switcher, where bugs and watermarks are laid down and presented live to air. Demonstration and replay content is also being recorded onto a Harris NEXIO® sever for playout at times when live events are not scheduled. The X50 signal processors will also be used by SBS for side-by-side signal generation before on-passing to their playout facility.

Harris provided additional support by fast-tracking two DVB-T digital transmitters into Australia in conjunction with Broadcast ONE, who also supplied their engineering services for the transmission installation and commissioning process. The Harris transmitters included in these 3DTV trials are the Maxiva™ 5.5 kW ULX solid-state liquid-cooled and the Maxiva 1kW UAX air-cooled transmitters — both incorporating the Harris PowerSmart® technology for best-in-class power density and efficiency.

"We are very excited about these trials and what they mean for the future development of 3DTV in the coverage of live sporting events not only in Australia, but also the rest of the world,” said Charles Sevior, network manager, broadcast technology, at Nine Network Australia. “Our collaboration with Harris shows the pioneering spirit of both companies to drive forward the implementation of new technologies that will, over time, revolutionize our business and keep consumers engaged with the broadcast television platform.”

Given the limited availability of 3DTV receivers across Australia, it is expected that the audiences for the initial 3DTV trials will be largely found in key retail venues. Additionally, material captured during these live sporting events will be recorded and replayed on the 3D trial broadcast to assist retail outlets in demonstrating 3DTV displays to interested consumers.

“Studies indicate that more than 20 million TV homes globally will be watching 3DTV within five years, with 4.6 million of those expected to be in Asia Pacific,” said Harris Morris, president, Harris Broadcast Communications. “We are proud that our technology is playing an integral part in these trials by Nine Network and SBS, which should help improve the consumer experience and drive global acceptance of 3DTV."

Whether a broadcaster is building a facility from the ground up or adding 3DTV capabilities to an existing operation, Harris delivers a complete 3DTV workflow — from content contribution to processing to distribution. Harris is also an active participant in industry-wide 3DTV standardization efforts.

Harris is an international communications and information technology company serving government and commercial markets in more than 150 countries. Headquartered in Melbourne, Florida, the company has approximately $5 billion of annual revenue and more than 15,000 employees — including nearly 7,000 engineers and scientists. Harris is dedicated to developing best-in-class assured communications® products, systems, and services. Additional information about Harris Corporation is available at