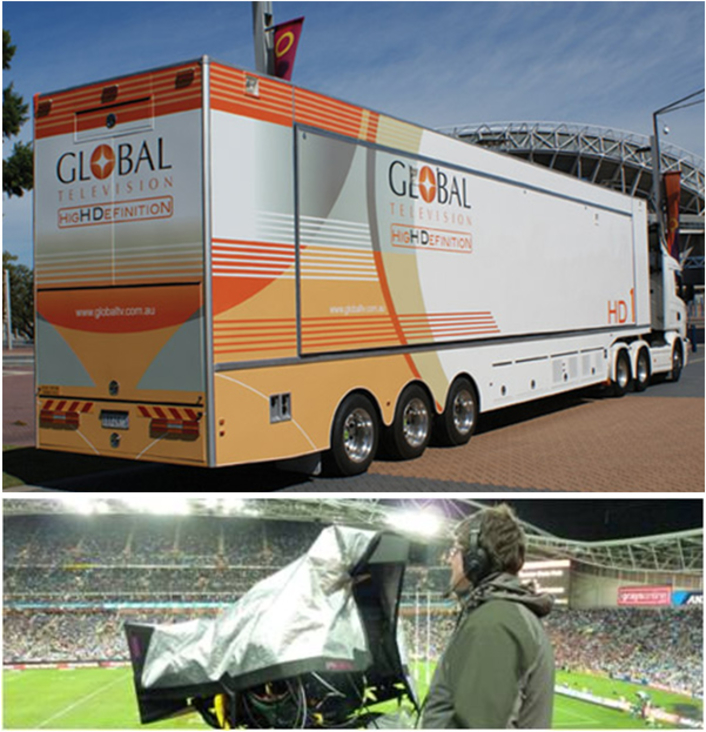 The leading Australian outside broadcast service provider has recently upgraded its fleet of XT[2] servers in anticipation of a growing demand for live 3D productions. In total more than 30 EVS production servers have been upgraded to become fully 3D compatible. The upgraded 3D systems offer synchronized dual feed recording capabilities and all “LSM” live replays functions that are already available in 2D, such as live Slow Motion, clip creation, cuing, highlights editing, graphic key and fill and play out.

3D on Foxtel and Channel 9

On 24 May, Global Television provided a mobile unit for the production of the first-ever 3D live operation in Australia; the friendly soccer match between Australia and New Zealand, which was managed by Fox Sport and broadcast on Foxtel pay TV channel. For this challenging event, Global Television OB Unit employed 10 Sony HD cameras with Canon lenses (mounted on Element Technica 3D Rigs and Sony 3D boxes), Sony MVS8000 1080p vision mixer and a total of 4 EVS 3D HD XT[2] servers for the recording of synchronized side-by-side camera feeds, live replays (including Slow Motion) and clip creation. An extra server was operated for graphic key and fill actions during the live production. Panavision was in charge of the 3D integration. 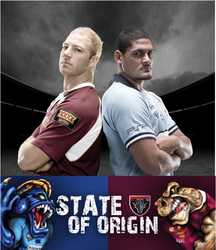 Two days later, on 26 May, Global Television OB facilities was on the spot with the collaboration of 3ality for the live 3D production of the National Rugby League ‘State of Origin’ broadcast that was programmed on Channel 9. The same configuration, including 5 EVS servers was deployed for this second 3D enterprise.

Andrew Quinn, Chief Technical Officer at Global Television: “Moving to 3D on EVS is a natural path for us. All our teams have been working with EVS systems for years now. EVS’ intuitive and reliable live production tools and replay systems come along with the large community of highly skilled operators. At Global Television, we want to be at the forefront of technology. That is why we have decided to upgrade our systems to 3D”.

Luc Doneux, General Manager and Head of Major Sporting Events at EVS: “We are extremely proud to be once again part of Global Television’s strategy. At EVS we continuously work to maximize our servers, offering customers reinforced capabilities. Live 3D production is a challenge for many of our customers, and EVS is ready to support them”.

Later this year EVS will present a new server capable of managing four effective channels in 3D per system. The launch of this new server will be subsequent to the introduction of a new dualrec video codec board into the XT[2]+ hardware this Autumn 2010.

EVS Broadcast Equipment is a leader in the design of hardware and software for the production and playout of sport, news and TV programs in both live and near live environments. Its innovative Live Slow Motion system revolutionized live broadcasting, and its instant tapeless technology is now widely used in nonlinear editing and High Definition Television the world over.
The company sells its branded products in more than 70 countries and is capable of providing service in any region. EVS has offices in Belgium, China, Germany, France, Italy, the United Arab Emirates, the United Kingdom, Hong Kong, Spain, and the United States.